What is the first Bible film

As directors, Martin Scorsese and Mel Gibson have recently offered audiences realistic portrayals of Jesus in the cinema. Provided that one accepts that the portrayal of the life and suffering of Jesus of Nazareth is actually a "real" story. The doubting and desecrated Jesus figures by the American Scorsese ("The Last Temptation of Christ" / 1988) and the Australian Gibson ("The Passion of the Christ" / 2004) definitely came closer to the expectations of an enlightened and young audience than the Bible figures of earlier cinema history.

Hollywood and its popular passion stories

If you look at Hollywood's great Bible epics from the 1950s and 60s, when the genre was in full bloom, you will be surprised by the naivety and simplicity of the film stories. Works like "The Ten Commandments", "The King of Kings" or "The Greatest Story of All Time" can be compared with modern cinema myths like "Star Wars", "The Matrix" or "The Hunger Games". 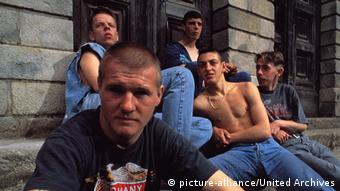 Modern passion story: "The life of Jesus" by the French Bruno Dumont from 1997

A simple good-and-bad scheme, catchy characters and a staging that relies on action, special effects and lots of mysticism: topics such as belief and religion appear in the popular cinema epics of our time in the form of space operas or dystopian designs .

The simple passion story of Jesus praying in the company of his disciples and then nailed to the cross can hardly keep up. Even the early "realistic" Jesus story by the Italian director Pier Paolo Pasolini, who staged his film "The 1. Gospel - Matthew" in 1964 with laypeople, little effort and in sparse black and white, was more for a demanding art -Audience. Meanwhile, the masses watched Hollywood epics in widescreen and color in the cinema.

Passion stories of the present

And today? In the meantime, directors who tell Passion stories on a Christian basis tend to resort to different person constellations and aesthetic means. They do not stage in lavish décor or with large armies of extras - even the last major film adaptation of the Bible from Hollywood, "Maria Magdalena", relied on minimalism. They accept detours, metaphors and symbols, and tell their passion stories against a completely different background. 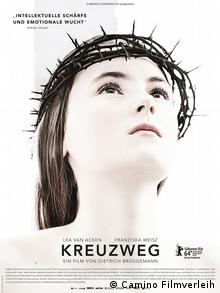 Poster for Dietrich Brüggemann's "Way of the Cross"

Films like "Jésus von Montréal" (1989) by Canadian Denys Arcand, "Breaking the Waves" (1996) by Lars von Trier or "La vie de Jésus" (1997) by Bruno Dumont are examples of such approaches dating back a few years . "Pieta" (2012) by South Korean Kim Ki-duk or "Kreuzweg" (2014) by German director Dietrich Brüggemann are further examples from recent years.

All of them can be interpreted as modern transformations of the Christian passion story. Films that try to tell the subject of the New Testament in a contemporary, socially and socially critical form.

"The life story of Jesus is still effective today ..."

In a detailed study ("Suffering Pictures - The Passion Story in Culture", Schüren Verlag 2018), a collective of authors tries to interpret these modern cinematic interpretations of the Passion: "This is one of the reasons why the emotional potential of the life story of Jesus told in the Gospels has an effect to this day, because on the one hand the descriptions are extremely graphic and thus become comprehensible - on the other hand the narrative takes up a (...) fundamental ambivalence of human life and tries to generate orientation ", according to the authors. 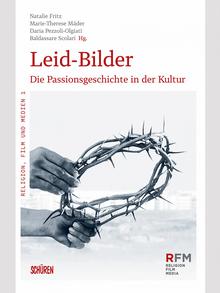 But this "ambivalence of human life" in connection with the passion story can be better portrayed for many directors by bringing people and material into the present. The settings are then not infrequently the outskirts of the modern metropolises of our century, characters are completely normal people, often outsiders and outcasts.

But the message remains: "As long as there is injustice, intolerance and heartlessness in the world, the socially critical potential of the passion narrative (...) will be adapted and updated in different ways", according to the authors of "Leid-Bilder" .

The church fathers do not have to grieve, the cinema carries on the ancient story from the Gospels - only in a new guise: "That is how long the story of the suffering and death of Jesus will be part of our collective memory."

This article is an updated version of an earlier article from 2018.