How popular is chess in Russia

Why do the Russians play chess so well 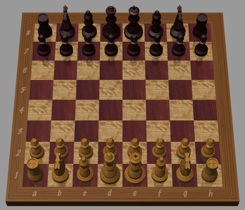 The Russians (well, it used to be the Soviets) have dominated the chess scene for many decades. Even if in the 1970s Bobby Fischer and much earlier even a German was once world chess champion, you can see how many good players the Russians bring out. Why do Russians play chess so well? Are Russians the Smarter People?

Playing chess by itself has nothing to do with intelligence, of course. A chess player has to be much more, he has to deal intensively with his sport and learn a lot of positions by heart. Most top-level games are no longer decided by intelligence or particularly good ideas, but rather by psychology. Since all world-class players have almost the same knowledge, one sets psychological traps rather than trying the chess pieces.

Why are the Russians so good at playing chess now? The reason is simply because of its status in society. While football is very well promoted in Germany, chess is promoted very intensively in Russia and the other Russian republics. Chess is often a school subject in Russia that children learn to play at a high level. Strong players are paid and promoted by the state and can thus devote themselves to the game of chess. In addition, strong chess players are offered fame and power in Russia. So in Russia you can not only make a good living from playing chess, you also secure a career with it at the same time.

A good support system for talented players, good prospects for money and fame are an excellent basis for producing many good chess players. In this way, the game of chess was developed very far in Russia and the Russians were able to gain a considerable advantage over other nations. There are good and very good chess players in India, Germany, the USA, the Czech Republic and many other nations, but they also have to look after their future and earn money because you cannot make a living from playing chess in these countries.

Bobby Fischer (USA), who was world champion in chess from 1972 to 1975, even learned Russian especially because it was the only way he could study and analyze the good games of Soviet chess players. The Indian Viswanathan Anand has now also broken through the bastion of the Russian world chess champions.

The Russians are no smarter than other nations. However, they promote chess better and therefore also receive a higher level.