India is cruel to Pakistan

Khan: "Be prepared for the worst"

Pakistan's Prime Minister Imran Khan once again called on the United Nations to intervene in the Kashmir conflict when he first appeared in the UN general debate in New York. Otherwise, another war between the nuclear powers Pakistan and India is likely. "When things go bad, you hope for the best - but be prepared for the worst."

House arrest in Kashmir must be lifted and the status of autonomy restored. India and Pakistan have waged three wars since becoming independent from British colonial rule in 1947, two of them over the divided region of Kashmir. Both nuclear powers each control part of Kashmir, another part belongs to China. At the beginning of August, India withdrew its autonomous status from the Indian-controlled Kashmir region, suddenly increasing tensions with Pakistan. 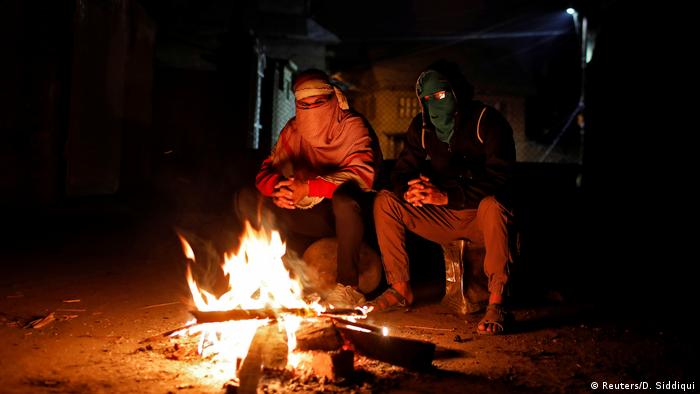 The Indian Prime Minister Narendra Modi, who had spoken shortly before in the general debate but had not mentioned the Kashmir conflict, was described by Khan as "cruel". Modi put the people of Kashmir under house arrest out of "sheer arrogance". "And what will happen if the house arrest is lifted? He didn't think it through," said Khan, warning of a "bloodbath" in this case.

"There will be a reaction, then Pakistan will be held responsible and then two nuclear powers will face each other." In a war between India and Pakistan "anything could happen," he said. "What are we going to do? I ask myself this question and we will fight. If a country fights to the end with nuclear weapons, the consequences will go far beyond its borders."

As early as Thursday, the US called on the Indian government to relax the restrictions that had been in place for the former Kashmiri region for weeks. A US State Department representative said the Washington government hoped for "swift action" from New Delhi and the release of those arrested in Kashmir. The representative also reaffirmed the willingness of US President Donald Trump to mediate in the conflict between the neighboring nuclear powers India and Pakistan, if this is desired by both sides.