HIV infection is now an excellently diagnosable and treatable disease. Due to cost considerations, budget burdens, stigmatization of HIV / AIDS, fears among doctors and patients, but also a lack of awareness among doctors about so-called marker diseases, an HIV test is offered and carried out too seldom. This puts both patients and their partners at high risk. So the question arises: who, how, when and why test?

Since recent HIV infection / seroconversion is often associated with no typical clinical symptoms, it is rarely diagnosed. Due to the unspecific symptoms, it is often assumed that other more common viral infections (EBV, CMV, influenza) are responsible for the symptoms such as lymphadenopathy, maculopapular rash or fever. To make matters worse, at this early stage the conventional search tests are often still negative and more complex HIV-PCR tests would have to be carried out. However, a quick diagnosis would be of the greatest medical importance, since it is believed that 50% of new infections are caused by newly infected people. Furthermore, there is increasing evidence that starting therapy in acute viraemia / seroconversion leads to a better immunological outcome and even functional cures are possible.

The number of patients treated with antiviral therapy (ART) has risen to well over two thirds of positive patients in recent years due to the improved and more tolerable therapy.

According to the current state of knowledge, sexual transmission of the infection is almost impossible under a functioning ART with suppression of the viral load below the detection limit. ART with antiretroviral drugs is developing into an important component of prevention. The German-Austrian guidelines for the diagnosis and treatment of HIV-affected couples who wish to have children were adapted accordingly: In the case of HIV discordance, ART is effective with optimally suppressed viral load of the HIV-positive partner, without the presence of other sexually transmitted infections and if both partners are fertile Sexual intercourse without a condom at the optimal time is an option.

It should always be noted that the test may only be carried out with the informed consent, advice and consent of the patient concerned. A positive HIV test is notifiable according to Section 7 (3) of the Infection Protection Act. The (anonymous) questionnaire is sent by the commissioned laboratory and must then be forwarded to the Robert Koch Institute.

A positive result in the search test must always be confirmed by a second sample in the confirmation test. If possible, reports should always be made personally, especially if the test result is positive. In addition, help should be provided in finding a practice with a focus on HIV (e.g. via http://www.dagnae.de/lösungen/) and, if necessary, given to an AIDS counseling center.

Pure antibody tests (combined HIV 1 and HIV 2 test) are currently used almost exclusively in the rapid test offers, as these test methods have the largest diagnostic window and only become positive after four weeks at the earliest and a meaningful result is only determined after three months. However, these tests are ideally suited for a low-threshold offer (including anonymous testing).

Rapid HIV tests may only be carried out or assessed by doctors. "Home tests" offered on the Internet for "self-diagnosis" usually do not have a CE mark and, as various studies have shown, are inferior to the approved rapid test procedures in sensitivity and specificity.

The classic HIV search test in the laboratory (4th generation) tests not only HIV 1 and HIV 2 antibodies, but also the so-called p24 antigen, which can be positive after three weeks with a fresh infection, which narrows the diagnostic window. A test can be considered reliable after just six weeks, although a control test should also be carried out here after three months.

An HIV western blot (immunoblot) is ultimately only used as a confirmatory test and is also based on the detection of antibodies against HIV 1 and 2 (electrophoresis). However, it is important to note that a negative Western blot does not rule out a very early HIV infection. A new check must be carried out here after two to three weeks.

HIV-PCR tests are the method of choice for the v. A. a seroconversion, i.e. a fresh HIV infection (positive already about two weeks after infection), whereby an HIV 1-PCR cannot rule out an HIV 2 infection. However, an HIV 2 infection is extremely rare in Germany. The test is not suitable as a search test, however, as it is used both in patients under effective ART and in so-called elite controllers (patients who manage to control the viral load with their own Suppressing the immune system) would be negative. The areas of application of the test are the therapy control of ART and the detection of viraemia as early as possible after a potential time of infection.

Who should be tested?

Since the beginning of the HIV / AIDS epidemic in the 1980s, there has been a lively discussion about which people should be tested for HIV. In the early years, concerns were justified as there were no therapeutic options and the diagnosis was associated with pronounced stigma and discrimination. After the introduction of ART and the constant improvement of drug therapy, a normal life expectancy can now be achieved with early testing and timely start of ART. The therapy not only protects against disease progression to AIDS, but also reduces the infectiousness of the affected patient to a minimum. For example, the professional ban on HIV-positive surgeons in Great Britain was recently abolished as long as the doctors are consistently below the virus detection limit.

A generous (broad-based) HIV screening therefore makes sense. The USPSTF guidelines now recommend that all Americans between the ages of 15 and 65, regardless of risk factors, have an HIV test performed.

An indexed test can always be billed to the health insurance company (laboratory exception number 32006, EBM number Z20.6: Contact and exposure to HIV). A quick test offer, on the other hand, must always be billed as an IGe service.

There is consensus that an HIV test should be taken into account in the case of corresponding marker diseases (cf. of the diagnostic window, should be strongly recommended.

The positive development of therapy options for HIV disease and the knowledge that patients are undergoing an antiretroviral therapy with a massively reduced infectivity should also lead to an expansion of the indication for HIV testing. Different test procedures enable uncomplicated, cost-effective and situation-adapted diagnostics. If there is a corresponding risk constellation and a corresponding test, this can also be carried out in the early phase of the viraemia.

More frequent HIV tests can help to reduce the high number of patients who are only diagnosed in the AIDS stage or with advanced immunodeficiency and at the same time avoid new infections by initiating therapy at an early stage (therapy as prevention). 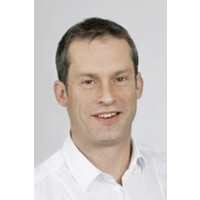 Conflicts of Interest: Paid participation in a scientific advisory board for Abbott, ViiV, Boehringer Ingelheim and BMS. Paid speaking engagements for Gilead, BMS, Janssen-Cillag, and Abbott.