How did the carnival begin? 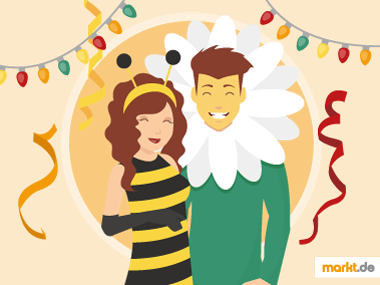 In many places it is carnival also as Carnival, "Fifth Season" or carnival known. That is always meant Days before Ash Wednesdayin which life seems turned upside down, people turn into colorful Mardi Gras costumes wrap yourself conspicuously makeup or bizarre Masks put on. Days in which sometimes shrill, regional customs are cultivated and in which pure joie de vivre reigns. Do you know what the carnival festival is about origin Has? We did research and gathered a lot of interesting facts about the development of Mardi Gras. Read for yourself.

Carnival is rooted in Christian customs

The origin of the word carnival can be found in Latin. "Carne vale" translated means as much as: "Meat, goodbye". Since 12th Century the Christians set one for the forty holy days of Lent Time of lust and gluttony Ahead. They turned out to be real Role play invented, which should clarify how man was caught in his lust and lived as a kind of "God-denier" and fool. And because earlier the rules of Lent, in which meat, fat and milk were taboo, were strictly followed, the exuberance of these foolish days has a real background. The Shrovetide, with its focus on carnality and this world, therefore formed the playful contrast to Lent.

The period has always been limited between Epiphany and Ash Wednesday the foolish time, which today, depending on the region, is known as Carnival, Mardi Gras or Mardi Gras. In a narrower context, however, it is only six dayswhich traditionally with "Carnival" to be titled. They start on Thursday before Shrove Sunday, commonly known as Weiberfastnacht and end with the Shrove Tuesday.

The evolution of Mardi Gras 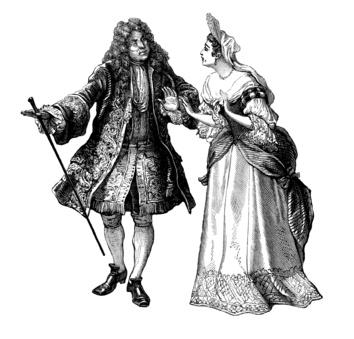 Mardi Gras has experienced an exciting development since the 12th century.

In the past, as now, there are no class differences during the carnival season. Ours Ancestors in the 12th and 13th centuries was that fat food understandably more important than masking. Finally, the Reformation and the Thirty Years War completely suppressed the foolish goings-on.

Only in 18th century began the electors at their courts, very elegant and with Venetian masksagain Carnival festivals to celebrate. The gentlemen decided to celebrate this way without further ado Venice imported where people have been since 11th century celebrated their very special "Carnevale".

Under Napoleon was the Venetian mask freedom prohibited. middle of 19th century and after the French, the military Prussians ruled large parts of Germany and thus also the Rhineland. The Rhinelander left without further ado the carnival tradition and with it the Revive Carnival and used the freedom of fools to ridicule the Prussians during the mad days. This is how the well-known carnival tradition with clubs, carnival committees, eleven councilors and prince couples came about. Countless witnesses to this day Garden, parades and marching bands of the mockery of the Prussians.

The first Rose Monday procession has been 1823 in Cologne hosted. The Cologne city fathers wanted to steer the foolish hustle and bustle in order and thereupon founded an official event. The darethat at Street carnival often had the Shape of ships. This ship shape is based on the so-called medieval representation Ships of fools back who drove their passengers to ruin without mast and sails. In many places the "Ship of Fools" was therefore publicly burned at the end of Shrovetide. The term Carnival Monday derives from one Gold crafted rose from that the Pope in the Middle Ages one on the 4th Sunday of Lent chosen person. 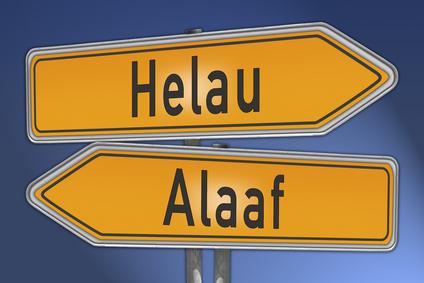 "Alaaf" and "Helau" - the popular carnival calls are well known.

The Cologne Carnival served cities, such as Düsseldorf and Mainz as a rolemodel. Here, too, carnival clubs were soon founded, organizing ceremonial meetings, lively carnival parties and Rose Monday parades. The tradition of Rhenish Carnival is mostly from political ridicule embossed. Hand-made speeches are held in halls and at ceremonial meetings and politicians are the target of foolish criticism. Many cities in Germany gradually took up this tradition, so that today throughout Germany happy or bizarre people in Mardi Gras costumes both in pubs and event halls as well as at street festivals and carnival parades come together. However, there are also regions in which the old carnival traditions have received. This is particularly true Baden-Württemberg and Bavaria to.

The carnival in Bavaria and the Rhenish Carnival are quite different. Nevertheless, both of them have the same goal, to really let off steam before Lent and the last few weeks until spring have fun to have. The holidays in Bavaria often have different names than in the rest of the republic. These are, for example, the "Nonsensical Thursday", the "Sooty Friday" or the "Schmalzige Saturday". The Carnival strongholds in Bavaria there are Franconians and Swabians, but Munich also likes to celebrate at this time. The Expulsion of winter with the help of Fire and creepy characters, has in Bavarian area a long tradition. Rattles and bells in particular emit deafening noise. That is why the Bavarian carnival is also called "Bell stir" designated. With scary wooden masks on the face, large cowbells on the back, in lederhosen or in traditional carnival costumes with a lot of noise the winter chased away. 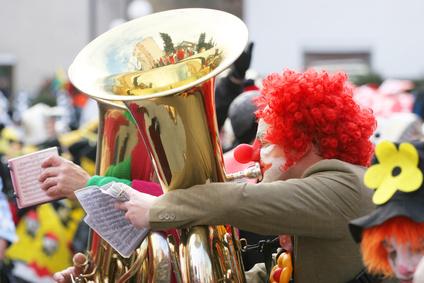 These days the motto is to dress up and have fun everywhere.

The locals call their carnival "Fasnet". The custom is today mainly in southwestern Germany and in northern parts of Switzerland groomed. "Mummenschanz" and "Guggenmusik" are just as much a part of it as the characteristic masks of the fools. The colorful masks and costumes represent wild people, witches, devils and other terrifying characters and are passed on from generation to generation. While the term "Mummenschanz" refers to the disguise, denotes the "Guggenmusik" a wrongly played, weird brass music, in which the musicians also wear typical masks.

On Ash Wednesday, everything will be over

Ash Wednesday marks the end of the colorful fooling around. Since 7th century This Wednesday marks the beginning of Lent. It lasts exactly 40 days, namely from Ash Wednesday to the Saturday before Easter. In the Christian regions, this time stands for the days that Jesus Christ spent praying and without food in the desert. The designation "Ash Wednesday" derives from a special custom. That day the Ashes of the palm branches from Palm Sunday of the previous year blessed. With these ashes the believers distinguished themselves a cross On the forhead. This should illustrate the transience of the earthly and as a symbol for Repentance and repentance stand. A long time ago, ashes were also used as a symbol for soul purification. Believers should free themselves from ballast during Lent, find God and Easter the resurrection of Jesus Christ celebrate. Even less strict Protestants and Catholics tolerate Ash Wednesday as a day of fasting. On this non-legal holiday Many people forego meat and prefer to eat fish instead. In the past, the entire fasting period was subject to strict rules with only one meal a day. In the meantime, many have different forms of fasting developed. Some, for example, do without sweets or consumer goods, others on alcohol and lavish meals.

Carnival in other countries 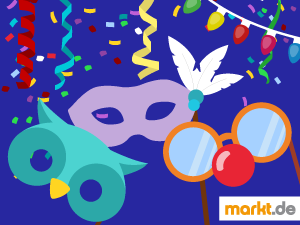 In the carnival strongholds, millions of people eagerly await the six great days of fools every year.

The Carnival in Rio de Janeiro is one of the most famous events in the world where the Dancers from countless samba schools show off their dancing skills in splendid street parades. The Bolivian Carnival forms one in Oruro religious climax. The focus here is on the dance of the devils, also called Diablada. At the winter carnival in Canada, on the other hand, people are almost naked and whistle about carnival costumes. The focus here is above all on the Fun in the snow and alcohol consumption. The carnival in Galaxidi in Greece comes to an end with a flour fight, with holidaymakers and locals making up their faces Unrecognizability dust with flour. The English celebrate the “Notting Hill Carnival” in London as early as August.

In Binche, Belgium, it is a tradition that fools wear a costume that shows the Clown Pirrot should represent. The Russians refer to Mardi Gras as Maslenitsa, which means something like butter week. Locals are allowed a short time before Lent begins no meat eat more for what they choose Butter and cheese relish. The Folk festival with fair booths and carousels, traditionally ends with the burning of the Meslenitsa doll, which is said to bring warmer days to the country. At the start of the famous carnival in Venice, people marvel at an angel floating from the bell tower onto St. Mark's Square. Later the alleys will be at Carnevale di Venezia to huge stages on which mystical figures with elaborate masks walk around. The Venetians love sumptuous masked balls and elaborate costumes. Come every year numerous tourists came to experience one of the most famous carnival festivals in the world.

easy to breathe, in many different assorted trendy colors and stripes

Cotton fabric for sewing protective masks, curtains or similar. Postage possible plus 5.49 € up to 2 kg. 7 mx 1.16 m wide. A smaller piece is also possible. The price VB refers to the ...