Corruption in the USA 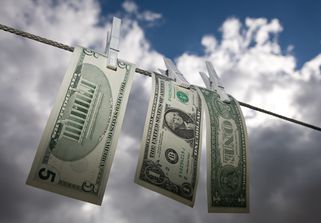 The "Corruption Perceptions Index", an index for perceived corruption in the public sector, was 33 points in the USA in 2020. The scale ranges from 0 to 100, the higher the value, the more massive the corruption. The United States of America is in 26th place. The result is only average compared to other countries.

Compared to the previous year, there was a slight increase in corruption in 2020. From a long-term perspective, it has also increased moderately in recent years.


Back to overview: USA

The causes of corruption are partly political and cultural. Ineffective law enforcement may fuel this. It is noticeable that it is regularly lower in democratically governed countries (form of government in the USA: Federal Presidential Republic). Likewise, higher levels of corruption occur predominantly in low-income countries. In the USA, the per capita income is 58,821 euros annually and is extremely high in a global comparison. The high cost of living also indicates a wealthy country.

The evaluations listed above are based on surveys by Transparency International, which determines the corruption index annually. The original "Corruption Perceptions Index" knows the numbers exactly the other way around and assigns higher values ​​for lower corruption. The official value for the United States of America is therefore 67 points in 2020. This would actually be an anti-corruption index because the higher the score, the lower the corruption. These numbers have been inverted here to make the graphs easier to understand and to visualize.

However, the index only includes corruption within the respective country for the public sector. Another survey is also carried out by Transparency International to measure the willingness with which nationals abroad pay bribes and kickbacks. This index is based on surveys of companies in 28 leading economies and was last published in 2011. It shows that entrepreneurs in numerous countries adhere to anti-money laundering laws within their own national borders, but are more willing to pay bribes abroad.

The scale of this index ranges from 0 to 10, with a lower value indicating a greater willingness to corrupt. The United States of America was 10th with a score of 8.1 points. The average for all 28 countries was 7.8 points, with the best value (Netherlands) being only 8.8.