Since 2007, the business magazine “Capital” has been awarding the title “Young Elite - the Top 40 under 40” annually in four categories to the most important talents from business, politics, science and society. The 160 talents under 40 years of age that Capital has named “Young Elite 2020” include Verena Amann and Dr. Gunjan Bhardwaj has two alumni of the Faculty of Economics and Law. The jury attests to them that they are “bearers of hope who shine through their success and influence - and who have the potential to achieve great things”. The business magazine cannot deny a certain farsightedness: In 2007, among others, the then 35-year-old, largely unknown virologist Christian Drosten was among the “Top 40”.

Verena Amann received an award in the "Manager - the top level in corporations" category. Verena Amann is a member of the Executive Board at MVV Energie AG in Mannheim, where she has been Head of Human Resources since August 2019. With over 6,000 employees and annual sales of around four billion euros in the 2019 financial year, MVV is one of the leading energy companies in Germany. Verena Amann completed her diploma in marketing at the Pforzheim Business School in 2005. Before moving to the energy industry, Amann worked for the United Internet Group and its subsidiaries for several years, initially in personnel marketing and recruiting, then in various other HR functions. From 2015 she headed the human resources department of the Internet group and was managing director of the service company United Internet Corporate Services GmbH. In her actual specialization “Marketing” she worked at the beginning of her working life: “The choice of study and university was exactly the right one and the cornerstone of my success,” says Amann, “the quality of the training, also and especially due to the proximity to economic reality, Above all, they have a broad horizon and a broad interest in various functions in professional life ”. Above all, however, she has consistently followed two “beliefs” in her career so far: “Staying authentic and true to yourself as a personal anchor and for professional success - do what you love”, sums up Verena Amann, who as the mother of a little son “all Encouraging well-educated, ambitious women “wants to reconcile family and career.

One of the “Top 40 under 40” in the “Entrepreneur” category from start-ups and family businesses is Dr. Gunjan Bhardwaj, founder and CEO of Innoplexus AG based in Eschborn. Innoplexus is known as “Google for the healthcare industry” - the company is, according to Bhardwaj, “a sophisticated search engine for the pharmaceutical industry that tracks down and processes professional knowledge from the Internet and databases”. Gunjan Bhardwaj completed his MBA in International Management at the Pforzheim Business School in 2007, further training stations were the universities of IIT Bombay (India), MIT Sloan School of Management (USA) and EBS Oestrich-Winkel (Germany). He worked for BCG (Boston Consulting Group) and EY (Ernst & Young) before founding Innoplexus AG in 2015. Dr. Bhardwaj is the author of 23 patents. He has published several articles in the Harvard Business Review, MIT Sloan Review, Journal of Tumor Medicine and Prevention, Journal of Service Research, and the International Journal of Innovation Management. Gunjan Bhardwaj is a member of the Advisory Board of the Pforzheim Business School. 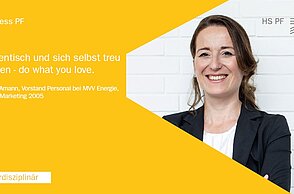 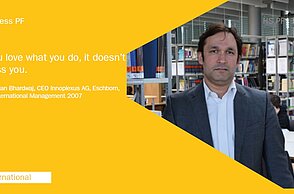