What does regional tourism mean

Tourism (tourism, tourist travel) comprises the entirety of all phenomena and relationships that are associated with leaving the usual center of life and staying at another destination or traveling to another region. The criterion of movement outside the usual work and living environment is the only defining factor.

The specific manifestations of tourist behavior lead to typologies of types of travel. For national tourism policy and statistical reasons, the travel flows are divided into domestic tourism, incoming tourism and outgoing tourism.

In contrast to tourism, tourism is the institutional industry term. This means that tourism is understood to mean the entirety of commercial as well as non-profit organizations (NPO) that produce tourism services.

For companies active in the tourism industry, their goal setting is usually the decisive motive for their actions. In contrast to this, the tourism policy goals of supranational organizations, states, countries, regions and municipalities are to promote income, pursue the structural and labor market as well as regional political concerns and, overall, raise the standard of living of the population.

Development of the term

In principle, tourism is as old as human history. As is well known, trips were undertaken in the early days of history, inter alia, for spiritual or religious motives as well as for the purpose of exploring more distant regions and / or researching more attractive environmental conditions. The first documented package tours in today's sense were organized by the British Thomas Cook from 1841. Decisive determining factors for the development of global tourism are above all the increase in labor productivity achieved through technical progress and the associated increase in individual income as well as increased leisure time. Furthermore, the increased life expectancy, the increased standard of living and the associated increased level of education in large parts of the world population, which is increasingly concentrated in urban agglomerations, should be particularly emphasized. In addition, the development of transport by land, sea and air, the development of information technology and the elimination or permeability of previously existing political borders provide decisive impulses for the steadily increasing economic importance of tourism.

Representation of the underlying tourism model

The schematic representation developed by W. Freyer is presented here as an example of a holistic or modular tourism model. 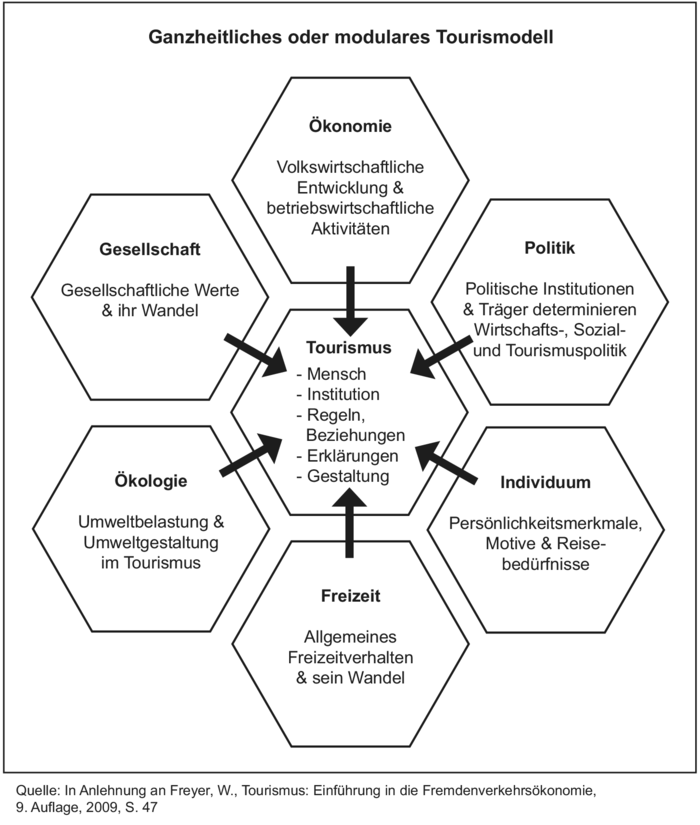 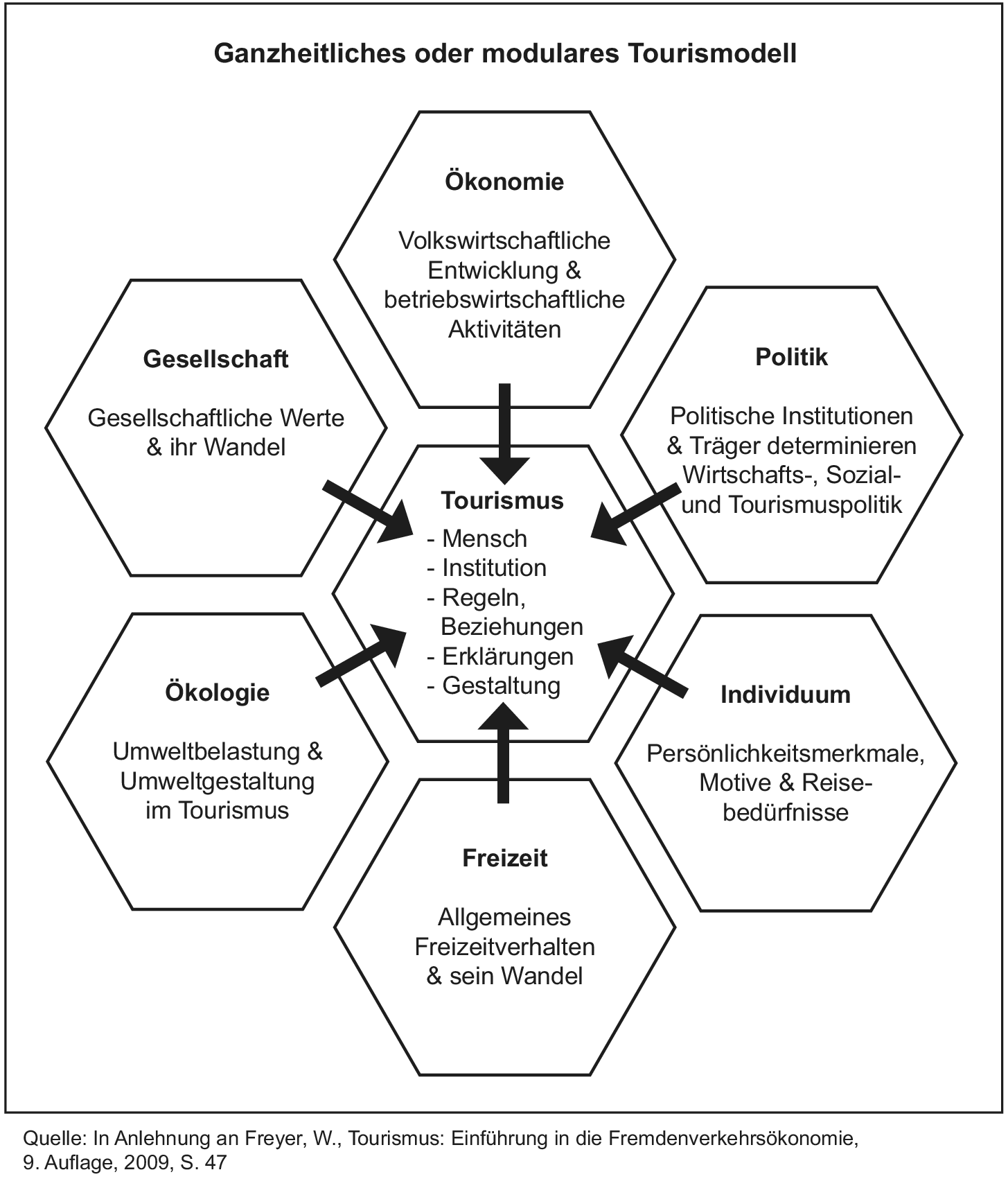 Problems in tourist destinations: Reasons for the dissolution of traditional social as well as cultural structures are, for example, that by the tourists to show a comparatively high material wealth and the lack of consideration for traditional cultural influences of the population in the travel destinations. In addition, the lack of opportunity to deal with the thoughts and feelings of the local residents, often for purely linguistic reasons, leads to additional problems. The widespread lack of respect for different values ​​and lifestyles of the people visiting destinations contributes to an aggravation of the phenomenon in question here. Concrete effects include the promotion of (child) prostitution in developing countries, the impoverishment of the local population, sometimes massive environmental problems, the uninhibited consumption of natural resources (landscape, water, fauna, flora) and, in general, the destabilization of historically evolved economic and social structures .

Mobility-related problems: The drastic increase in the volume of traffic by land, water and air vehicles in the course of tourism development leads to the emergence of serious environmental problems. Above all, the air pollution and land consumption for the transport infrastructure, for hotel facilities, for leisure and sports facilities as well as for the tourist suppliers should be mentioned here. As recent experience shows, the high mobility inherent in tourism leads to a rapid spread of epidemics and other diseases (AIDS, SARS, BSE, etc.) that is difficult to control.