What is the Indian language 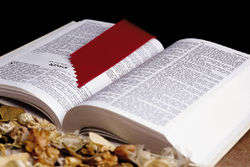 Topographic map of India - here you can see the regions of the Indian languages. copyright

Number of speakers for each Indian language

With around 370 million native speakers (as of around 2005, and the trend is rising), Hindi (including its dialects) is the language spoken by most people in India and ranks third among the world's most widely spoken languages ​​after Chinese and English. Bengali, which is also spoken in Bangladesh, has around 215 million native speakers, while Marathi is spoken by around 68 million people.

Among the Dravidian Indian languages ​​native to South India, Tamil has about 77 million, Telugu about 74 million and Malayalam about 33 million speakers.

The Indian languages ​​with the fewest speakers include Dogri with approx. 2.1 million, Meitei with approx. 1.5 million and Bodo with approx. 1.2 million speakers. In addition, there are many other languages, mostly spoken by Adivasi tribes, which often only have a few thousand speakers.

Incidentally, many Indians are multilingual and, in addition to their mother tongue and English, speak other Indian languages, of which Hindi is the most widely understood language in northern India. In addition, a kind of mixed language of Indian and English words and sentences has developed, especially in the up-and-coming middle class of the big cities, which can be followed particularly well in Hindi films ("Bollywood").

The languages ​​spoken in northern India, belonging to the Indo-Aryan language family, such as Hindi, Marathi or Bengali, as well as Sinhala spoken in Sri Lanka, all developed from Sanskrit via the Central Indian languages ​​or Prakrits.

Urdu, which is mainly spoken in Pakistan and is written in Persian script (like Kashmiri), goes back with Hindi to a common language known as Hindustani in English colonial times. The Urdu vocabulary is strongly influenced by Persian and Arabic, but the grammar is almost identical to that of Hindi.

08/08/2021 - 13/08/2021 - Learn harmonium and kirtan in the classic Indian style
This is a great unique opportunity to learn harmonium and kirtans with healing Indian ragas from a professional Indian Nada master and Sanskrit scholar. You learn -…
11/05/2021 - 11/07/2021 - Sanskrit
You will learn the basic principles for the correct pronunciation of mantras and common yoga terms, the structure of the Sanskrit alphabet and the characters (Devanagari). So is this week ...