What is the MI5 responsible for?

The new Mi Band 5 was presented by Xiaomi at the beginning of June, by coincidence we were able to purchase the new generation of the Mi Band in the Mi Store in Düsseldorf. What does the new Xiaomi Mi Band 5 have to offer? What differences and similarities are there compared to the predecessor Mi Band 4? We would like to explain that to you in more detail in this article!

What has changed? What are the new features?

From a purely visual point of view, there are virtually no differences compared to the Mi Band 4, and the Mi Band 5 also retains its slim and rather subtle look. The compact wearable still sits in a flexible bracelet, which is to be available in other colors in addition to black. Most of the innovations are more under the hood, because Xiaomi has worked on some adjustment screws here. Let's go through the individual upgrades one by one!

The first innovation can be seen, albeit slightly, directly on the OLED display on the top. The screen on the Mi Band 5 grows from 0.95 inches (2.41 cm) on the Mi Band 4 at 1.1 inches (2.79 cm) and increases by approx. 15%. The display bezels can still be expanded, but more screen is always welcome - especially in this format.

In terms of hardware, the Mi Band 5 is completely identical to the Mi Band 4 (test), the internal memory is 16 MB and the working memory is 511 KB. There is also Bluetooth 5.0 and Connected GPS, i.e. the GPS signal from the smartphone. Unfortunately, the global Mi Band 5 does not receive NFC either, Xiaomi may bring a separate variant onto the market again. The wearable is still not suitable for mobile payments in connection with Google Pay - a shame. 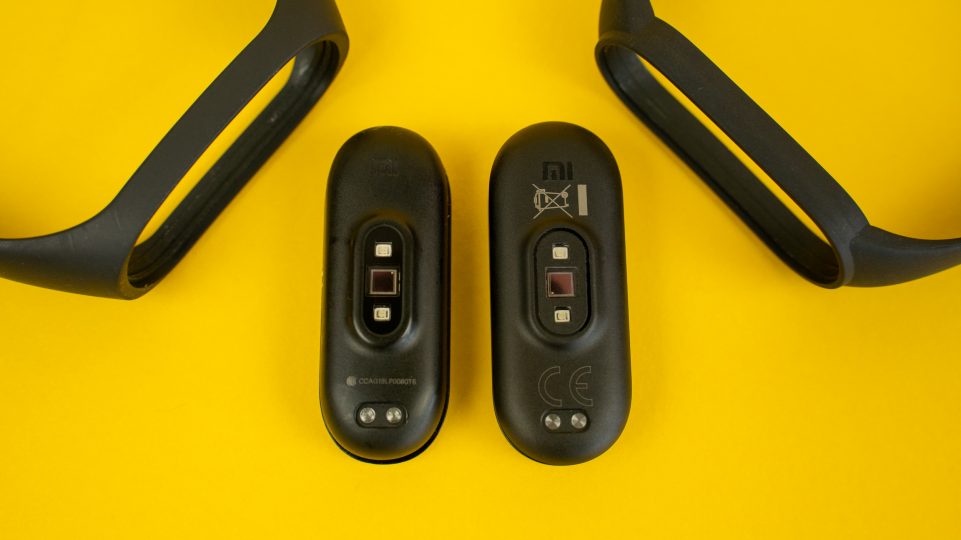 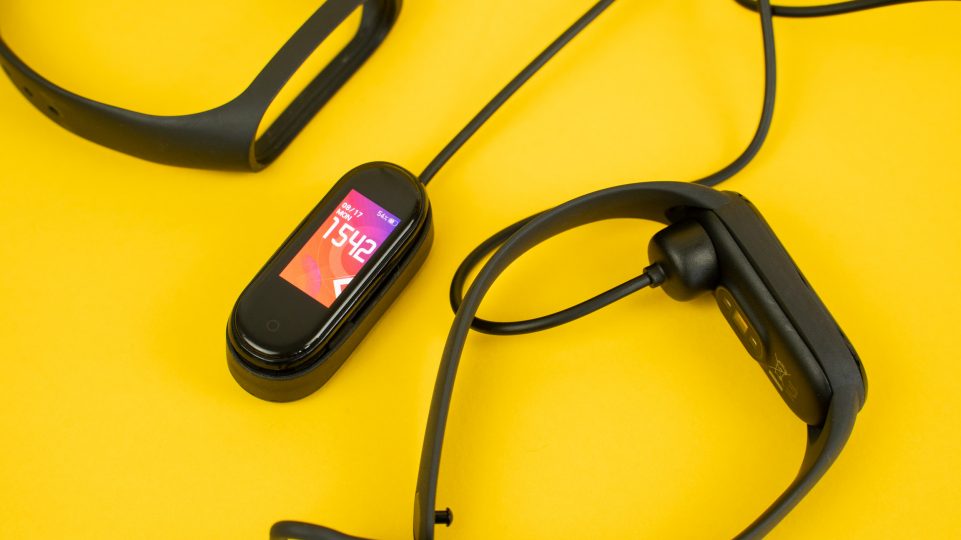 The Mi Band 5 is still protected against water after 5 ATM and offers recently a barometer (altimeter). The battery with 125 mAh also remains the same and, according to the manufacturer, should last up to 20 days, nothing has changed compared to the predecessor. Of course, the running time is reduced if you activate certain features - for example continuous pulse recording.

However, there is one innovation in terms of charging, because that was a bit cumbersome with the Mi Band 4. The Mi Band 5 no longer has to be separated from the bracelet, instead there is a magnetic charging cable, which is placed on the underside of the wearable. Do not confuse: the charging process is not wireless / inductive. 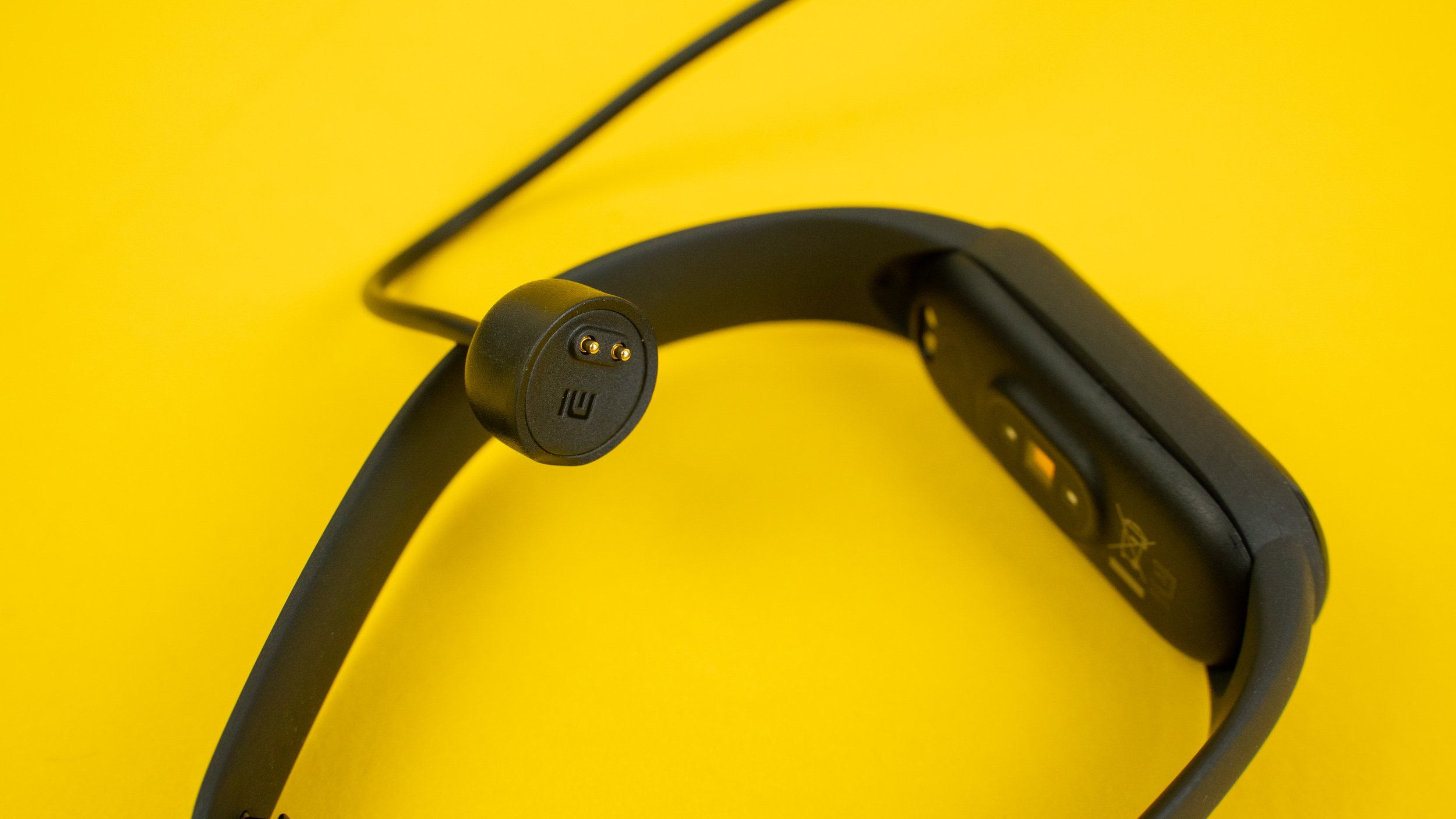 In terms of software, there are also minor innovations to report. Xiaomi has now a total of 11 instead of 6 sport modes integrated, and sleep can now be monitored over the entire day (for example, a nap or a power nap). Furthermore there is now 100 instead of 77 design themesthat you can select in the Mi Fit app. Xiaomi has one for women Integrated cycle monitorwho can apparently reliably determine the period over a period of months. There is now one for photos Trigger functioncontrolling the smartphone camera.

Conclusion: is a Xiaomi Mi Band 5 worth it?

A really big upgrade is the Mi Band 5 over that Mi Band 4 (test) not really, but Xiaomi has worked on subtleties and made charging much more pleasant, for example. There is also a slightly larger display and extended fitness functions. Xiaomi offers the wearable in the Mi Store Düsseldorf for 39.99 euros which makes it around 10 euros than its predecessor. It can also be pre-ordered for just under 38 euros. * In our opinion, however, the price remains attractive! What do you say: would you upgrade to a Mi Band 5? Please feel free to write your opinion in the comments.

You can currently buy the Xiaomi Mi Band 4 for just under 25 euros on Amazon *.