See themselves as Muslims by Ahmadis

Deportation to Pakistan: "Should I go back to my death?"

The Ahmad family goes for a walk between two rain showers. There is a strong wind. The daughters hold on to the stroller in which their youngest sister sleeps peacefully. They all walk very close together, as if trying to form a united front. You - against the rest of the world.

The family of five from Pakistan lives in insecurity. They do not have a residence permit, are only "tolerated" in Germany. The father, who has a degree in engineering, is not allowed to work. The family lives in a refugee accommodation Collective deportation to Pakistan is taking place. They are afraid of being among the “passengers.” Back in Pakistan, their lives would be in danger, they say.

Because they belong to the Muslim religious community of the Ahmadiyya, a movement that arose in British India in the 19th century. Ahmadis adhere to the Islamic scriptures. But they see the founder of the movement, Mirza Ghulam Ahmad, as the messiah. Many Muslims therefore regard the Ahmadiyya teaching as heresy.

Also in Pakistan. "The exclusion of the Ahmadis is even anchored in the constitution," explains Mohammad Suleiman Malik, spokesman for the Ahmadi community in Thuringia and Saxony. Ahmadis have been banned from calling themselves Muslims in Pakistan since 1974. 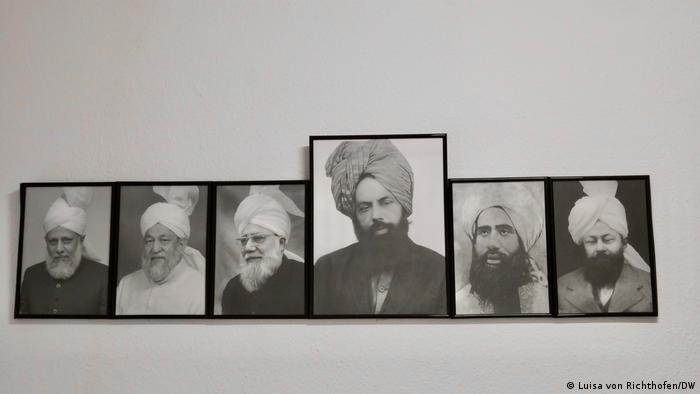 They are also not allowed to call their houses of prayer "mosques", the adhan, the call to prayer, is forbidden. In a country that has some of the strictest blasphemy laws in the world, a "Salaam-aleikum" greeting from Ahmadis could result in the death penalty. As non-Muslims, Ahmadis are second class citizens.

UNHCR and Amnesty see a need for protection

Ahmad and his wife Sahar Kalsoom have also experienced severe hostility. Kalsoom says she had to change schools and was insulted as "Kafir", as an unbeliever. She does not have an educational qualification. When her cousin was murdered, the whole family had to flee from their home village of Khureyanwala. After she married Ahmad and the couple had children, the two decided to flee to Germany. To give their daughters a better future. 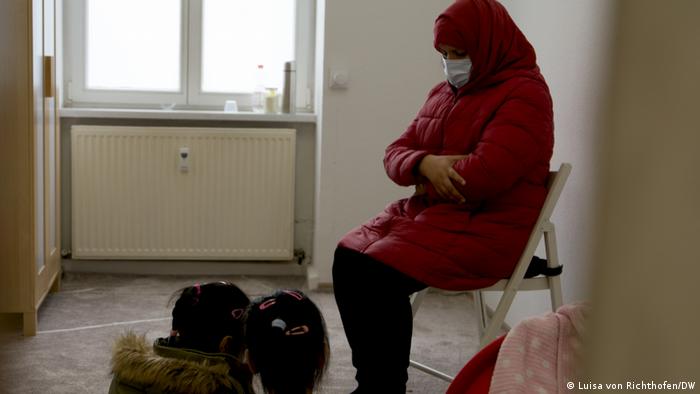 Waiting for deportation: the Ahmad family is desperate

According to Amnesty International, the Pakistani authorities have long downplayed violence against Ahmadis, and in some cases even supported them. For the United Nations Refugee Agency (UNHCR) it is clear: The Ahmadis in Pakistan are a persecuted minority and should be entitled to protection. Unlike in Germany, Ahmadis have not been deported in Great Britain, the USA and the Netherlands for a long time.

Federal Ministry of the Interior: "Cases are examined individually"

Nationwide, 535 Ahmadis are threatened with deportation. In response to a request from Deutsche Welle, a spokesman for the Federal Ministry of the Interior replied that simply belonging to this religious community was not sanctioned under criminal law in Pakistan - that is why "cases would be examined individually based on the individual circumstances". German administrative courts often point out domestic flight alternatives for Ahmadis - for example to Rabwah, the seat of the largest Ahmadi community in Pakistan. 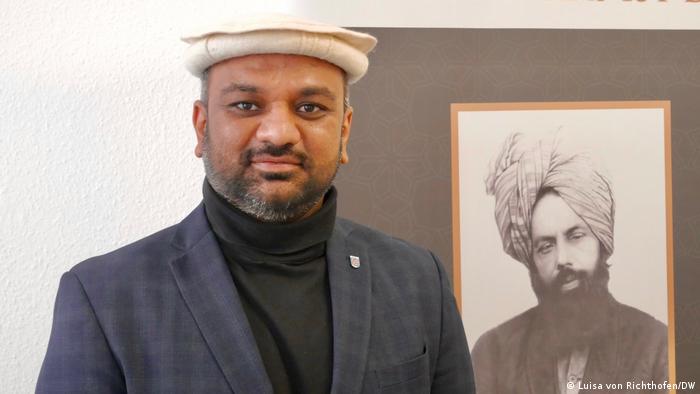 Malik is skeptical: "Ahmadis in Pakistan are nowhere safe." Ahmadis are also regularly murdered in Rabwah. For Malik and the Saxon Refugee Council, the increasing number of deportations are politically motivated. After a corona-related break, they want to distinguish themselves with a tough migration policy in this important election year. "I believe that a lack of knowledge or political will can be recognized. Unfortunately, this comes to the detriment of the persecuted people who live here and who are now being deported in large numbers," says Malik and shakes his head. "It's a matter of life and death for these people."

The mother fights back tears. "The Germans live in freedom, they may not understand it - but when you come here from Pakistan and leave everything behind, you carry a pain with you. It is not easy to leave a country and leave everything behind. And now that we are here we are told we cannot stay here. But where can we go? " Her husband fears that their return will cause a stir, like his uncle, who returned from the UK in 2005. Rumors circulated in the village that he, the Ahmadi, was a foreign agent. He was lynched by a mob.

The family has long since exhausted all legal remedies. Malik's petition to the state of Saxony was also rejected. You can only wait for the deportation notice. The walk in the wind - a last moment of normalcy.