How do train engines work 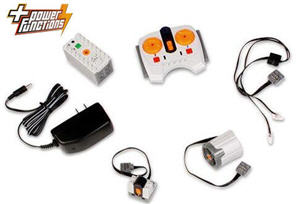 There are now various components for this modular system that can also be used for the LEGO train.

I use Power Functions in various locomotives and in the LL 6950 missile transporter.

From autumn 2018, Power Functions will gradually be replaced by the successor system Powerd Up. The transition is flowing again as Technic always appear with Power Functions in 2019. 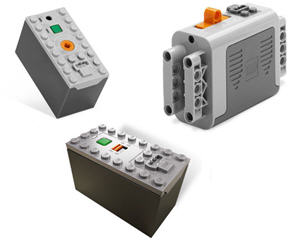 The power supply for Power Functions is "on board" with the help of batteries or rechargeable batteries.

The rechargeable battery # 8878 or the AAA battery box # 88000 can be easily accommodated in a locomotive or a wagon.

They are 8 knobs long, 4 knobs wide and 4 rows of stones high. At the top you still need some air, since the cable of the receiver or the motor is to be connected.

Charger # 8887 (or an equivalent device from another manufacturer) is required to charge the battery. The speed of the connected motors can be controlled via the rotary control on the battery if these are connected directly to the battery (without the receiver # 8884).

A cable is usually already firmly connected to the Power Functions components. The cable is 4-core, the two outer wires are used for the power supply and the inner two for checking, e.g. the threading.

On the underside of the connection plates of the extension cables # 8886 (20 cm) and # 8871 (50 cm) there are connections that are compatible with the old 9 V power system from LEGO. This is the bridge to the old world.

The pole switch # 8869 is a helpful addition. It is required when two motors are attached to the same receiver, but both are to turn in different directions, as they are, for example, installed in mirror image. 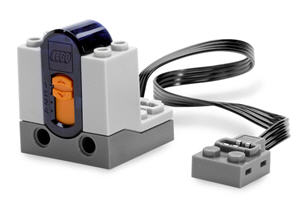 The infrared receiver # 8884 is required so that the Power Function model can be operated remotely. It is connected between the power supply and the power consumer (motor or lighting) and receives the signals from the remote control.

Two reception channels are available on the receiver, e.g. for separate control of the drive motor and lighting. The upper, round end must be installed in such a way that it is not completely covered, otherwise no signals can be received.

The remote controls # 8885 and # 8879 can be used to control Power Function models remotely. The direction (polarity) of the orange adjustment levers or wheels can be changed on both remote controls. In addition, two channels can be specified; these must match the setting on the receiver. Two AAA batteries are required for each remote control, but they last a very long time.

The simple remote control # 8885 only allows forwards-stop-backwards, but not continuous operation. It is suitable for vehicles (steering and drive) or cable winches.

As part of a power function workshop to which LEGO had invited a few fans to Denmark, the desire arose for a remote control with which the speed can be regulated and which allows continuous operation, e.g. of a train in the tunnel. This is how remote control # 8879 was born. 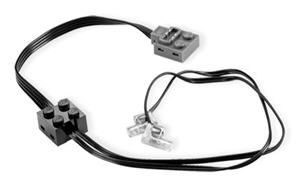 With the help of lighting # 8870 you can bring some light into the dark. On each lighting unit there are two individual small LEDs that can be attached wherever a knob or a Technic axis fits. The bigger problem, however, is to stow the tangled cables of this lighting in narrow steam locomotives. 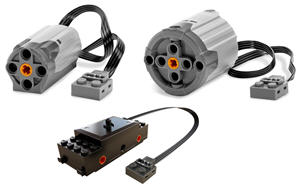 There are three universal Power Function motors # 8883 (M-Motor), # 8882 (XL-Motor) and an intermediate size # 88003 (L-Motor) as well as a train motor # 88002. All have a permanently attached cable that is connected to the receiver or directly to the power supply. The PF railway engine # 88002 (2nd generation) draws power from batteries or accumulators that are carried on the train. A PF cable is permanently installed with the motor. The wheels used are standard size railway wheels with a Technic cross hole. A Technic axis of length 6 is used as the axis.

This engine was only available in black, the side panels (with cutouts for the Technic axle) in black and light gray.