The new, terrible life in Gaza and Israel

On Monday there was still a festive mood in Gaza. In the midst of the pandemic, residents prepared as best they could for the end of the holy month of fasting Ramadan. "We cleaned our houses and bought the children new clothes for the festival. But now everything is different," says Mariam Sersawi from Gaza on the eve of the three-day fasting.

Sersawi is 25 years old and an author. She lives in Shejaieh, in the east of the city of Gaza. Neither she nor the others could have imagined how bad it would be that day. The new, rapidly escalating conflict reminds her of the war that devastated her neighborhood in 2014. "I'm desperate. The noise of the bombs is terrible," she says, fighting back tears on the phone. "I am exhausted."

In the days that followed, the situation worsened, and residents described on social media how horrific the heavy bombing from Israel felt. On Friday night, 160 Israeli fighter planes attacked the Gaza Strip, according to the Israeli army.

A normal life is no longer possible in Israel either. On Friday night, the militant Hamas and Islamic Jihad fired over 200 rockets into the territory. In Ashkelon, the sirens wail almost constantly, warning of an attack.

The city north of the Gaza Strip has been exposed to countless impacts in the past few days. The visitors of a shopping center as well as people from the neighborhood run into the underground car park - they know these protective measures, but they always stir up fear. 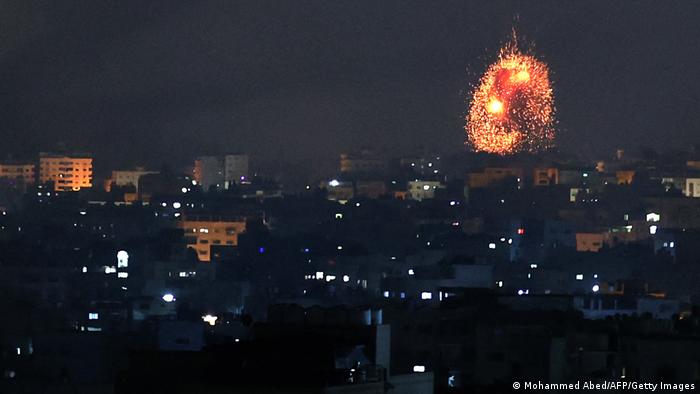 Time is short to seek shelter - there are only a few seconds. Hardly arrived, you can hear violent impacts. It is the so-called iron dome, the Iron Dome.

With this defense system, Israel intercepts most of the rockets from Gaza, but not all. A day ago, a bullet hit the street and damaged houses and cars.

"It's very stressful," says Shula Elimelech, who looks exhausted. "But we stick to the measures and trust the Israel Defense Forces. And we trust in God."

Above, baker Shmaayah Sassporta prepares the traditional Challah bread for the Shabbat in spite of everything. "This has been happening for many years. And I don't think it's going to stop anytime soon," says Sassporta, who has little hope that this constant threat will end.

No air raid shelter, no sirens

There have been three wars and countless shorter military conflicts between Israel and Hamas. In the Gaza Strip, only a few kilometers away, this experience was burned into my memory.

Now they have to adapt quickly and take shelter at home. They only dare to go out to buy the bare essentials. Because in Gaza there are no air raid shelters and no sirens either. Two million people live in the area blocked by Israel and controlled by the militant Hamas.

On Monday, university professor Abed Shokry was preparing his lecture in the home office when he realized what was happening. "What do the Israelis want from us?" he wonders.

Now he keeps moving from one room to the next at home in order to find a feeling of security. The bombing raids also shook his home.

"The attacks are stronger, more dangerous and more powerful than in 2014," he reported on the phone. "I don't know what to say. I feel passed out, helpless. There is nothing we can do. There is no safe place. We have no bunker."

Shokry lived in Germany for more than ten years before returning to Gaza in 2007. It was precisely at this time that Israel and, in some cases, Egypt tightened the blockades in the Gaza Strip after Hamas had seized power.

He wrote on WhatsApp on Friday that the Israeli military had asked its neighbors to evacuate the next door skyscraper. "If they bomb it and destroy it, we'll be affected too. All I can do is try to calm our children down."

One could have guessed, says Shokry, how much the events in Jerusalem also affect the Gaza conflict. Still, the outbreak of fighting took most people by surprise. 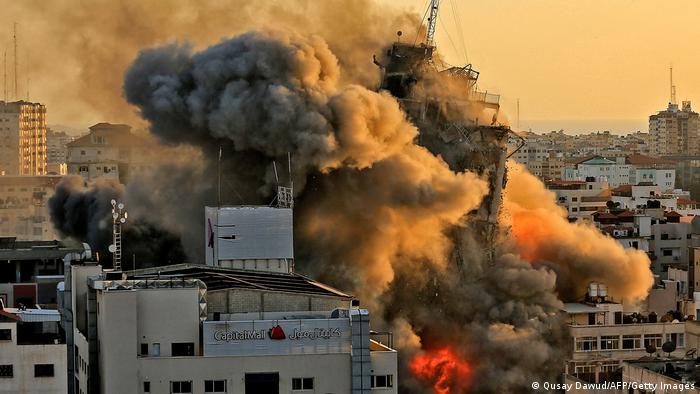 For weeks there have been confrontations between Palestinian residents and Israeli police officers in the Sheikh Jarrah neighborhood in East Jerusalem. When right-wing Israeli politicians visited the area in what was seen as a provocation, and right-wing Israelis eventually demonstrated there, tensions were further fueled.

Four families in the Palestinian quarter resisted the threat of evictions in favor of Israeli settlers. Violent clashes between Israeli security forces and Palestinians broke out in the Al Sharif harem, which the Jews call the Temple Mount, and in the Al-Aqsa Mosque. Hamas threatened with an ultimatum: Israel must withdraw the security forces from the sacred site and withdraw from the Sheikh Jarrah. At 6 p.m. local time, Hamas finally fired several rockets into Jerusalem.

Israel has reportedly launched more than 600 air strikes on Gaza. According to Israeli counts, Palestinian fighters fired a total of 1,800 rockets in the direction of southern Israel and the center of the country. That is the status on Friday.

The intense attacks abroad are followed with concern. But a ceasefire seems unlikely at the moment.

"I said that Hamas and the other terrorist organizations would pay a very high price. We are currently making sure of that, and we will continue the attacks with great intensity," Prime Minister Benjamin Netanyahu said on Thursday evening.

"The last word has not yet been spoken, and this operation will continue as long as necessary until peace and security are restored in Israel."

But he stressed that Israel is fighting on "two fronts". By this he means the domestic conflicts between Jewish and Arab Israelis or Palestinians with Israeli citizenship.

In many "mixed" cities in Israel there has been significant civil unrest, with property damage and attacks on individuals. The outbreaks of violence came from right-wing extremists as well as from Arab Israelis. A curfew had to be imposed in the city of Lod. 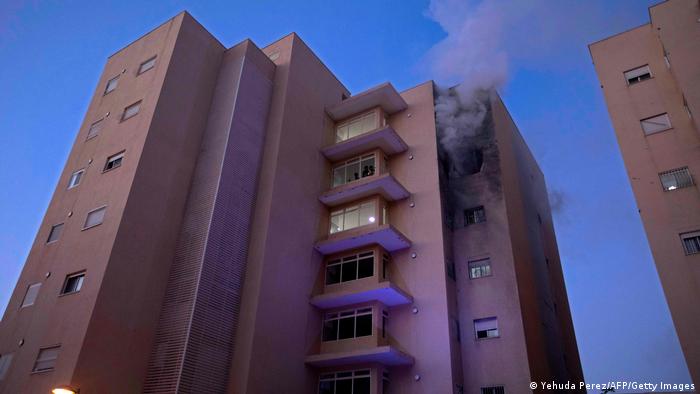 Further south, in a small moshav near the border fence between Gaza and Israel, yoga teacher Anat Partoush speaks to us via video call. She has just got used to going back to work after the pandemic. Now she has to stay at home again.

"When the bomb alarm goes off, you only have a few seconds to find protection," she says. "I'm scared and frustrated. But we're relying on the bunkers and the Iron Dome makes me feel safe. It's not easy to hear all these missiles, but I know it's only temporary." 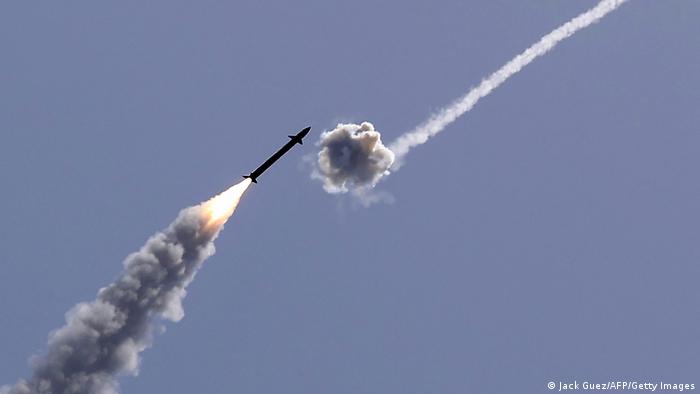 There is still a long way to go to peace

Partoush supports Netanyahu's Likud party and is pleased that the prime minister is still in power. "After all, we don't have a magic wand. Many blame Netanyahu, and everyone feels so smart. It's complicated, and I'm glad Bibi Netanyahu can keep her head."

The incumbent prime minister did not manage to form a new coalition in time after the election. His rivals, Yair Lapid of the Yesh Atid Party and Naftali Bennett of the Yamina Alliance, have sought a broader political alliance.

But on Thursday the Israeli media reported that such a government was no longer an option for Bennett. He now wants to form a right-wing, nationalist and religiously oriented government with Netanyahu.

Yoga teacher Partoush relies on Arab countries such as the United Arab Emirates or Bahrain, with which Israel recently normalized its relations, in order to find a long-term solution to the conflict with the Palestinians.

But as long as Hamas controls Gaza, it is certain that there can be no political solution. And so there is still a long way to go to peace.

The text was adapted from the English.