Why do people become violent? The answer to this question lies in a complex interrelationship between biological dispositions and socio-ideological factors. 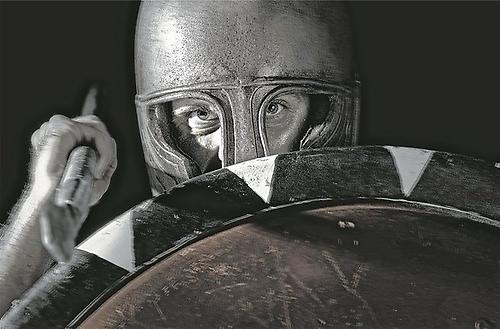 All of human history, from ancient times to the present day, actually reads like a war story.
© Simon Plant / Corbis

It is estimated that since the middle of the fourth millennium BC, around three and a half billion people have died in wars and war-related disasters (mainly famines and epidemics). This estimate may contain some inaccuracies, but on the whole leaves little doubt as to its credibility. Because the entire traditional history of mankind - from ancient times to the present day - actually reads like a war story. Cave drawings indicate that the Paleolithic, Paleolithic people were well aware of war-like fighting.

Wars are an expression of collective violence, armed conflicts, strategically planned and supported from the outset with the intention of defeating the respective opponent - up to genocide or genocide, which has occurred repeatedly in history. They are supported by uniform and permanent ideological or religious convictions that oppose the corresponding convictions of the respective opponents and legitimize their fight. The number of people actively involved in wars varies, from a few dozen fighters in tribal feuds to the millions of soldiers of World War II.

In addition to the wars, "ordinary", individual violence must not be overlooked. It is mainly reflected in murder rates. The United Nations Office on Drugs and Crime recorded a total of 437,000 homicides worldwide in 2012. However, individual continents and countries have very different murder rates (homicides per 100,000 inhabitants). Central American Honduras has the highest murder rate (90.4), while Japan has a very low murder rate (0.3). In the Western European countries, the murder rates are also at relatively low levels (between 0.6 and 1.0), while they are again significantly higher in the USA (4.7) and Russia (9.2).

Violence thus discharges with varying degrees of intensity, but it is widespread worldwide. Completely non-violent societies existed for a long time only as the ideal of some social scientists and cultural anthropologists.

In the 1920s, the American ethnologist Margaret Mead made people sit up and take notice when they reported that the people of the Polynesian Samoa Islands were foreign to hatred, envy and violence. The results of their observations wanted to appear as testimony to a "golden age" that humanity - dissatisfied with their respective present - has always dreamed of. But when the anthropologist Derek Freeman later visited the Samoans, he was not only able to prove to Mead inaccurate observations and methodological errors, but also to prove that hatred, rape and murder occur just as much among this island people as in the industrial societies of Western character.

Violence and readiness to use violence are anthropological constants. A special case of individual violence is the death penalty, which is still used in many countries. It is legitimized by the respective legislators and carried out by individuals who - in contrast to the "common murderer" - have no personal relationship with the convicted person. It must appear to every enlightened person today as a helpless, archaic form of retribution. It is noteworthy that all European countries that have long since abolished the death penalty have relatively very low homicide rates. Apparently a stable, functioning society can dispense with this type of punishment.

Konrad Lorenz, one of the founders of modern behavioral research, published his book "Das so-called Böse" in 1963, which made waves among social scientists, cultural anthropologists and psychologists and earned him a lot of criticism. If Sigmund Freud had assumed a "death instinct" urging destruction, Lorenz postulated an "aggression instinct" which, independently of external influences, strives for satisfaction and generates violence.

Lorenz also said that an innate inhibition of killing in fights in the animal kingdom prevents the killing of conspecifics, but is switched off in humans - especially when using long-range weapons. Lorenz's concept of aggression did not go entirely unchallenged, even among biologists. His view that individual, even combative behavior in the animal world serves to preserve the species, had to give way to the thesis, based on many observations, of the individual usefulness of all behavior. The killing of conspecifics does not only occur in humans, but has been documented in many animals. In terms of its causes, aggression is very complex; it occurs in nature in a variety of contexts, for example in securing resources, defending territory or in the service of reproduction or the protection of one's own offspring. The assumption of an instinct of aggression that was detached from various life needs turned out to be inconclusive.

The fundamental meaning of Lorenz's work, however, lies in the insight that aggressiveness as a tendency to aggressive behavior has a strong biological component and is part of our ancestral heritage. 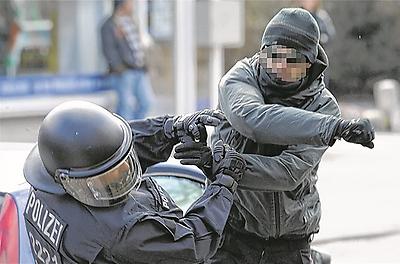 Violence and readiness to use violence are anthropological constants.
© dpa / Carsten Rehder

But why does violence appear again and again seemingly detached from this biological purpose of aggression? Why are people willing to torment and torture other people? How can outbreaks of violence against ethnic minorities and religious fanaticism be explained with the call to kill infidels?

This is where our genealogically acquired behavioral dispositions meet socio-culturally acquired thought patterns stylized into ideologies.

For millions of years, human social life was organized in small groups, in hordes of hunters and gatherers with a few dozen individuals. In these groups a "we-feeling" was developed, which represents the deeper evolutionary roots of exclusion and discrimination and ultimately of ethnocentrism. Within our own group, cooperation and mutual help were always the order of the day, our Stone Age ancestors met other (foreign) groups and individuals with suspicion and, especially when they feared for their food resources, with aggression and violence. Practically nothing has changed in this "basic pattern" to this day, although ideological motives for aggressive actions have been added.

In the service of human survival - individual and social - there are some natural behavioral dispositions, "behavioral instructions", if you will, which originally served a positive biological purpose (for the individual and his group), but under ideological conditions (both for the Individual as well as his group) can have catastrophic effects. It is important to emphasize the need to belong somewhere (to be or become part of a community) as well as the ability to experience, understand the experiences of others and share your own experiences with others. The tendency towards dominance and, conversely, a tendency towards subordination should also be mentioned. Furthermore, the disposition to perceive the successes of one's own group as one's own personal successes is also deeply rooted in our (social) evolution.

Taken on their own, these behavioral guides are useful - and unbiased, to stick with this term. They occur in one form or another (weakened) in other socially organized animals.

None of us want to be the proverbial fifth wheel on the car. But it makes a big difference whether someone joins a harmless group of visitors to the Heurigen or a roaring crowd who are lynching or preparing for war. This difference is not anchored in evolution. It only becomes visible in ideologically justified actions.

We and the enemy #

But no ideology would be successful if it could not rely on the inclinations inherent in human nature. The production of enemy images has always been one of these tendencies. "Us against the others" is an old basic pattern. A comparison of cultures shows that people generally tend to overlook their group, their people, their nation, to differentiate themselves positively from "other", "strange" people and groups of people.

The sense of togetherness developed and stabilized in prehistoric small groups gradually arose, with the urbanization that began since the so-called Neolithic Revolution and finally the formation of mass societies, an expanded feeling of togetherness, which was no longer based on personal acquaintance, but a higher one " Weltanschauung "required. It was also available quickly. The Old Testament, for example, provides evidence of this. It is brimming with cruelty. A ban on killing was quickly imposed, but only affected members of the own people. Other peoples were allowed - no, should! - be fought and destroyed. (To be read in 5 Moses 20, 16-18).

Humans have remained in small groups to this day, but have been able to expand their behavioral patterns in small groups by forming ideologically motivated "pseudo families": states, leagues of nations, religious communities and more. North Korea probably still exists not least because its despotic leaders understand how to convey a "father image" to their subjects and at the same time can make it plausible that they are surrounded by nothing but enemies and are threatened by them.

Everything for the people #

Seen in this way, suicide bombers also find an explanation: They act with the conviction that they are doing something good for "their people" and are also inspired by the feeling that they will find a "better world" in the "beyond". Such people are not accessible to rational arguments. In the most recent stages of the evolution of Homo sapiens, ideologies are certainly the strongest motives for (collective) violence. But they would be ineffective if they were not offered deeply anchored aggressive potentials. 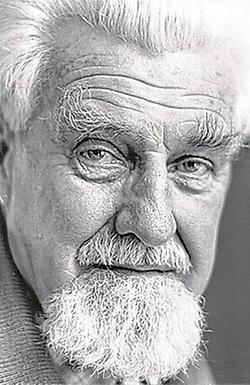 Assuming a suitable sociocultural environment, these can in fact increase to excess. "When the flag waves, the mind stays in the trumpet". That is surely correct. As a living being in need of illusion, however, man likes to project his own "misdeeds" into (invented by him!) "Higher powers", not least "gods of war". So wars appeared to him as personified phenomena. Ernst Jünger sums it up in his diaries from the First World War in eerily poetic form: "The war seized us like an intoxication. We went out in a rain of flowers, in a drunken mood of roses and blood. The It had to bring us to war, the great, the strong, the solemn. It seemed to us a manly act, a happy shooter fight on flowery, blood-drenched meadows. There is no beautiful death in the world ... Oh, just don't stay at home, just be allowed to participate! "

Can we hope for a non-violent world? The odds, as things are, are not good. It is true that the American psychologist Steven Pinker has only recently shown on the basis of a great deal of data that violence and the propensity for violence have decreased significantly in the last few decades, at least in Europe, in North America and in some other regions of the world. However, we must not overlook the wars and civil wars, the regular terrorist attacks and massacre purchases. The overall balance remains sobering.

Idealized images of human beings obscure our view of the destructive potential of our species. Recognizing this would be the top priority. We cannot shed our genealogical acquired behavioral dispositions, but we can draw conclusions from the knowledge that they have devastating effects in an ideological context and, with "enlightening" intentions, get young people in particular not to be dazzled by seductive ideologies. In addition, all those responsible in politics and business are to be called upon to counteract social and economic tensions, because they were and are always a breeding ground for violence.

Franz M. Wuketits, born 1955, teaches philosophy of science with a focus on biosciences at the University of Vienna. He is the author of numerous books, such as "Animal irrationale. A short (natural) history of unreason", Suhrkamp, ​​Berlin 2013.