When are confidential informants paid?

It came as no surprise to the head of the Berlin criminal police when he was confronted a few days ago with reports of a possible former spy from his agency in the Fussilet Mosque, known as the Salafist hotspot. If and when this undercover agent of the State Criminal Police Office (LKA) was around the mosque, he could not and should not say, said the head of the State Criminal Police Office, Christian Steiof, in the investigation committee of the Berlin House of Representatives on the Islamist terrorist attack on the Berlin Christmas market. There have been informants in the field of combating Islamism for many years. However, he does not even know specific informants and their locations.

According to media information, an anti-terrorist agency of the LKA led an informant who had contact with the mosque. It's not the first undercover agent in Anis Amri's case. It is known that informers from the LKA North Rhine-Westphalia, the Federal Criminal Police Office and the Federal Office for the Protection of the Constitution frequented the mosque. The Fussilet Mosque in Berlin Moabit was also visited by Amri. On December 19, 2016, he carried out a terrorist attack on the Christmas market - twelve people were killed and more than 70 injured. But no undercover agent could give the decisive tip. 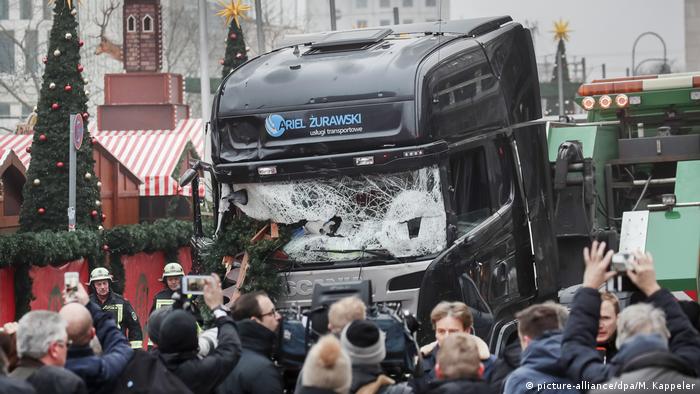 Nevertheless, the LKA Berlin would have been badly advised not to install an undercover agent, says ARD terrorism expert Holger Schmidt in an interview with Deutsche Welle (DW). He expects that from the security authorities, because the area of ​​combating Islamism is highly security-relevant.

V-men are used in domestic and foreign secret services. In Germany this includes the Federal Office for the Protection of the Constitution, the offices for the protection of the constitution of the federal states and the Federal Intelligence Service (BND). The police also work with covert information providers - but in contrast to the intelligence services, the police authorities are not quite as free in dealing with their informers when they break the law: For example, they would have to investigate faster and earlier if they found out about crimes committed by their informants, says Terrorism expert Schmidt.

In general, a distinction is made between three types of information providers for services and police authorities:

1. The informant sporadically gives tips to the authorities.

2. Working with V-peopleor the Confidant (VP) is designed for the medium to long term. He or she usually comes from the milieu that is to be observed.

3. The Undercover agents is an official or employee of the investigative authority who is deployed in the respective milieus.

V-people are deployed in the most varied of milieus: organized crime, in the red light district, in drug trafficking, in the left and right-wing extremist scenes as well as in the fight against violent Islamism. 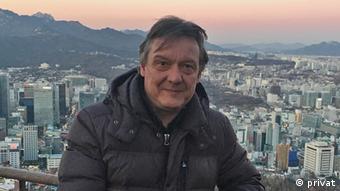 Knows his way around the world of secret services: Author and publicist Michael Mueller

Every undercover agent or VP is assigned to a so-called VP leader in the authority. "These VP leaders usually have a relatively free hand. Within the agency, V-people are only listed with code names or numbers," says Michael Mueller, an expert on the Federal Intelligence Service and author of various publications on secret services in DW talk. VP leaders played the role of nice acquaintances who didn’t forget the birthday and also helped in life crises. A VP leader can lead up to eight V men. The greatest care is taken to ensure that the various informants never meet, says Mueller.

Normally, the services and police authorities actively search for informants in the respective milieus. Incentives for cooperation can be very different. ARD terrorism expert Schmidt tells of a case in which the son's diploma should be recognized more quickly. But it is also threatened openly: "We will blacken you at the youth welfare office and report how you treat your child," says Schmidt. It's the way you know it from the cinema, he says. In the criminal milieu, informants are approached and recruited directly in prison. In this way, prisoners can obtain relief from detention or negotiate deals for the pending trials.

In the rarer case informants offer their services to the authority. "These are the so-called self-providers," says Schmidt. For the intelligence services and authorities this is the worst case, because the motivation always has to be questioned. For the most part, they want money or attention or both. And the fact that the superinformant voluntarily offers his services to the investigation and intelligence authorities is an absolute exception, he says.

There are no rules when it comes to paying V-men. "One receives 300 euros a day, another 100 euros for a tip and the third receives nothing at all because he does not want to feel that he is being bought - gifts for children are also popular," says terrorism expert Schmidt.

The website of the weekly magazine "Stern" reports on a confidential 25-page list "General principles for paying informants and informants" with the logo of the Federal Criminal Police Office (BKA). It states that "financial incentives" have to be created, "since recourse to TP and informants is often more cost-effective than using other instruments". In the area of ​​drug crime, depending on the current wholesale and middleman prices, the following tariffs apply to the seizure of drugs: 130 euros per kilo of hashish (from 20 kilos: 78 euros per kilo), 1540 euros per kilo of heroin or cocaine (from ten kilos : 1030 euros per kilo, from 20 kilos: 260 euros per kilo). The BKA also gives important information: "The VP / the informant is to be instructed about a possible obligation to notify the labor and social welfare offices," it says in the paper, as reported by stern.de.

"We only ever find out about the scandals"

Intelligence services and police authorities therefore advocate the use of informers. But does it really make sense to use it? "We can only speculate because we rarely hear about success reports from the Office for the Protection of the Constitution. We only ever hear about the scandals and the failed missions," says Steffen Kailitz from the Hannah Arendt Institute for Totalitarianism Research at the Technical University of Dresden. Kailitz has dealt intensively with the use of informants in the first NPD ban proceedings. 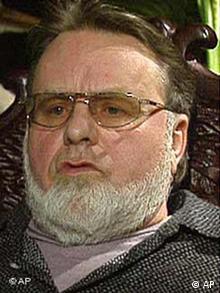 Wolfgang Frenz, the former vice chairman of the NRW-NPD. Frenz worked as an undercover agent for the protection of the constitution for 30 years

These proceedings had been discontinued by the Federal Constitutional Court on March 18, 2003 for procedural reasons, because V-people of the constitution protection were also active in the NPD management level. Wolfgang Frenz, the former NPD vice chairman of North Rhine-Westphalia, officially invited as one of the most important informants in the Karlsruhe ban proceedings, turned out to be a first-class undercover agent for the protection of the constitution. Until 1995, for more than 30 years, he provided information about the inner workings of the right-wing radical party for a monthly fee of 600 to 800 marks. Frenz claims to have always led his spy wages into the party coffers. Critics were outraged: In doing so, the state security had supported an anti-constitutional party in a disgraceful way.

Based on these experiences with the NPD prohibition procedure, expert Kailitz speaks out against the use of V-people in a possible observation of the AfD by the constitution protection.