Lunar debris field: On September 6, 2019, the Indian lander Vikram crashed on the moon - now the crash site has been found. An image taken by NASA's Lunare Reconnaissance Orbiter (LRO) shows several pieces of debris from the lander and traces of the impact scattered over the lunar surface. She was tracked down by a volunteer who searched the NASA images for traces of debris.

It was to be the first landing of an Indian space probe on the earth's satellite: On September 6, 2019, the mother probe Chandrayaan-2 released its lander Vikram with its small rover Pragyan on board. The aim of the lander was an area around 600 kilometers from the lunar South Pole. But the landing failed: two kilometers above the surface of the moon, contact with Vikram broke off. A little later it became clear that the lander had apparently crashed. 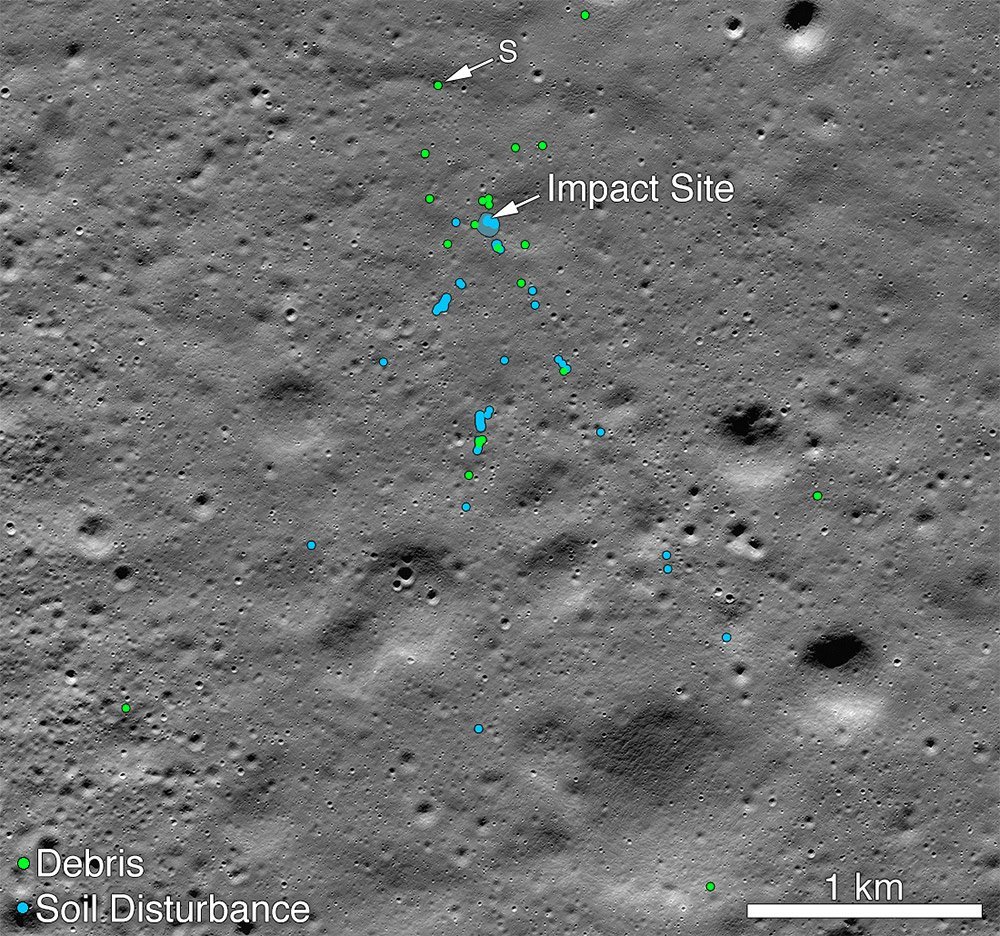 Now recordings of the crash site confirm the violent end of the Vikram lander. The images from NASA's Lunar Reconnaissance Orbiter (LRO) show a zone of churned-up moondust with some debris lying around. They were distributed over an area of ​​around 750 meters. The debris can only be recognized by their shadow, which creates a few dark pixels in the picture.

The crash of the Vikram probe also left a shallow crater on the lunar surface, which is surrounded by an asymmetrical, lighter zone. It marks the regolith churned up by the crash - the fresh moondust raised from deeper layers is less weathered and therefore lighter.

The Indian Shanmuga Subramanian discovered the crash site. He had downloaded the first mosaic of the possible crash site published by NASA on September 17 and looked for traces of the lander in it. When he found what he was looking for, he notified NASA. This then directed its orbiter probe over this point again and created three more mosaic images.

The new images confirm the find and indicate an impact from an inclined flight path. The Indian lander descended on a 834-high plateau at 70.88 degrees south latitude and 22.78 degrees east longitude.