Why do people start with organized crime?

The phenomenon of clan crime: what's behind it?

Again and again, spectacular crimes make headlines, behind which large families of Arab origin are said to be. Last year, for example, masked people broke into the historical museum collection Grünes Gewölbe in Dresden and stole unique works of art of inestimable value.

At the beginning of the week, the police struck in Berlin. In connection with the burglary of the museum, she arrested three men from the so-called Remmo clan, and two other family members are wanted to be searched internationally. Who are these extended families? How many are there and what is being done about their criminal activities?

What is clan crime - and why is the term controversial?

Only since 2018 has the federal management report "Organized Crime" by the Federal Criminal Police Office specifically addressed clan crime and differentiated the phenomenon from other forms of organized crime. Clan crime is thus a sub-form of organized crime (OK) and is described in the management report as "criminal offenses by members of ethnically isolated subcultures".

In a position paper, the Bund Deutscher Kriminalbeamter defines clan crime as "determined by family relationships, a common ethnic origin and a high degree of isolation of the perpetrators, which promotes the commission or makes it difficult to investigate the crime". This goes "along with its own set of values ​​and the fundamental rejection of the German legal system".

Critics such as the journalist Mohamed Amjahid, on the other hand, see the term as the danger of general suspicion and discrimination against family members who are not criminals. Some find it difficult to find an apartment or a job simply because they have a specific surname that is associated with organized crime.

How big is the dimension of the crime?

Some names of clan families are now known all over Germany: Abou-Chaker, Remmo, Miri, Al-Zein are among the most notorious clans. But even if sensational court cases with nationally known rappers, spectacular robberies and large-scale raids with several hundred police officers regularly cause a stir: The figures from the federal situation report "Organized Crime" show that criminal extended families only 7.8 percent of the preliminary proceedings of the federal and state authorities in the past year State authorities in the area of ​​organized crime. 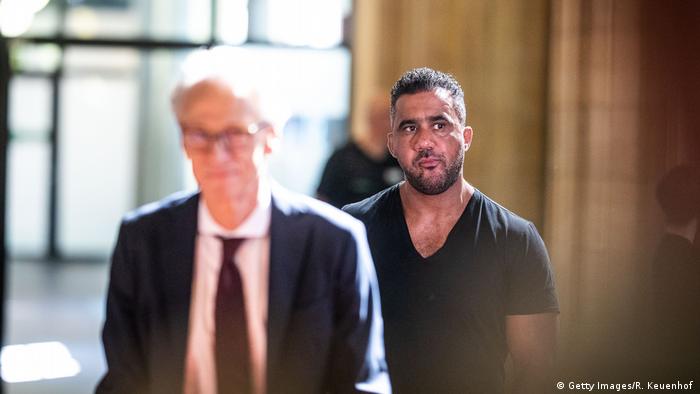 Clan chief Arafat Abou-Chaker is currently on trial in Berlin

The Federal Criminal Police Office also differentiates between the origins of the extended families in its situation report. According to this, there are so-called Mhallamiye Kurds from the southeast of Turkey and Lebanon, there are groups of Arabic and Turkish origin and those who come from the Western Balkans or the Maghreb states.

The families do not operate all over Germany, but concentrate on clear regional focuses. Over two thirds of all investigations took place in the federal states of North Rhine-Westphalia, Lower Saxony, Bremen and Berlin. There, clan structures have solidified over the past few decades.

It is difficult to say how many people are attached to the criminal family structure. This is also due to the fact that every federal state counts differently. In Bremen, for example, there are said to be 3500 people with a Mhallamiye background, according to the police. But only 50 to 100 people really caused problems for the authorities, says Police President Lutz Müller. 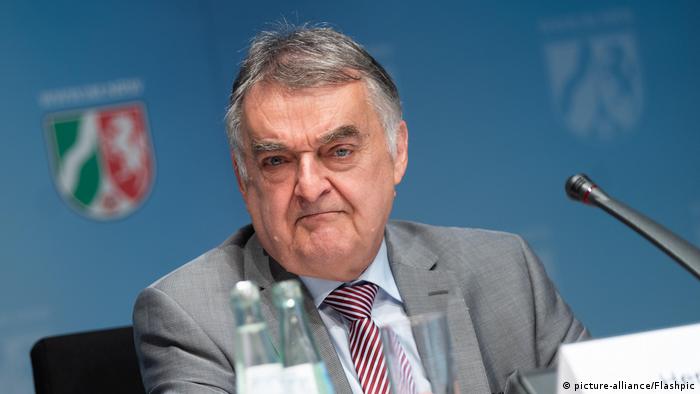 In North Rhine-Westphalia, on the other hand, investigators assume 111 criminal clans. According to the situation report, 3779 suspects assigned to the clans were responsible for 6104 crimes in the past year. The rural Lower Saxony has a proud 1646 suspects with a clan connection. However, it is precisely these numbers that have been heavily criticized in the past because, according to media reports, they refer to the family name. So if, for example, a young person from a certain family steals a shop, this is automatically recorded under the category "clan crime".

What offenses are you talking about?

The range of crimes committed by large criminal families is wide: drug and arms trafficking, money laundering, illegal gambling, assaults on rival groups and even murder. However, the majority of criminal business is trafficking and smuggling of drugs. According to the management report of the Federal Criminal Police Office, they make up more than half of the investigative proceedings. Some families operate internationally. Some also recruit newly arrived refugees, for example from Syria or Iraq, for simpler services such as courier trips.

This development worries the security authorities. In the past few years they have observed a tendency for these young refugees in particular to begin to set up their own criminal structures. In addition, police and security authorities repeatedly complain that criminal family members react disrespectfully and also violently to police officers. In this way, operations, including those relating to minor offenses, could escalate quickly.

How does the state react?

After the danger of organized crime in the area of ​​criminal extended families was underestimated for many years, some federal states have now made the issue a top priority. North Rhine-Westphalia's Interior Minister Herbert Reul, for example, relies on what he calls the "strategy of 1000 pinpricks". Permanent raids, house searches and controls are intended to weaken the clan structures. 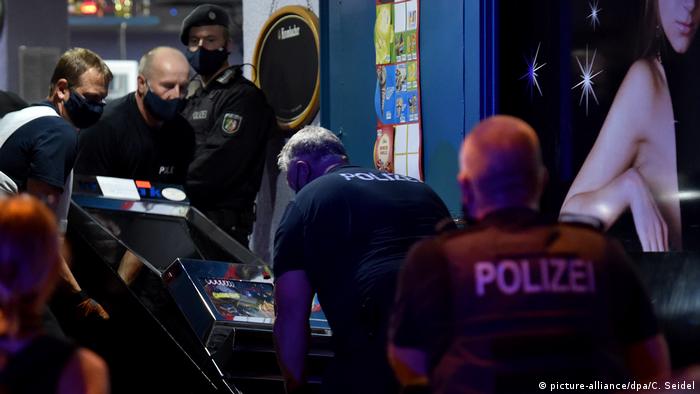 Confiscation of a slot machine during a raid in Essen (in August): "Strategy of 1000 pinpricks"

Berlin does the same thing. According to the situation reports of the two federal states, there were 382 raids in Berlin last year and as many as 870 in North Rhine-Westphalia in the area of ​​clan crime.

Another means that is increasingly being used: turn off the money tap. Since a legal reform in 2017, authorities have been able to skim off criminally obtained assets more easily. This allows the authorities to confiscate property if it is unclear what money they were paid with or if money laundering is suspected.

The case of the Remmo clan in Berlin shows what that means. In 2018, the district court confiscated 77 properties from the extended family. The district mayor of the Neukölln district in Berlin, Martin Hikel, told the German press agency on Wednesday that he was advocating breaking new ground in the fight against clan crime. The Social Democrat wants to reverse the burden of proof. Accused who receive social benefits but own assets such as expensive real estate are supposed to have to prove the legal origin of the money. "The worst signal we can give is that it is worth becoming a criminal," says Hikel.