Have you ever been unjustly discriminated against?

Interactive against racism with Anne Frank

In the entrance area of ​​the exhibition, visitors come across the world-famous diary of Anne Frank. In it, the Jewish girl describes her life in a rear building in Amsterdam, where she and her family hid from the National Socialists.

The book is of course not the original, but a copy. And it is the only classic exhibit in the Anne Frank educational facility. If you want to find out more about Anne's life in the rear apartment at Prinsengracht 263, you have to grab a tablet, because the new exhibition is primarily digital. You are "not a museum, but a learning laboratory," says director Meron Mendel.

Story without an index finger 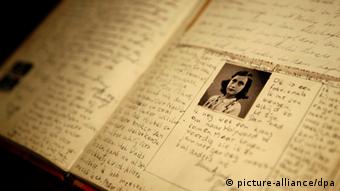 There is no one who leads school classes and youth groups through the rooms with a raised index finger. "On the contrary," said Mendel. "We show that it can be fun to question yourself and let yourself be irritated. We take young people seriously. Our motto is: Your opinion counts!"

The previous exhibition "A Girl from Germany" has attracted around 120,000 young people to Frankfurt, Anne Frank's hometown, since 2003. In the now opened learning laboratory there should be even more. Computers, videos, virtual worlds: this is what young people are familiar with. Mendel came up with the idea of ​​wrapping up issues such as anti-Semitism, racism and discrimination, which are still part of everyday life for many young people today, in the Berlin Museum of Technology. There his own son let off steam at the hands-on stations. He promptly implemented the concept in the educational facility.

"It's a playground, a field for experimenting with the present and the past," says Meron. 14 employees help the visitors in the laboratory and explain the technology - for example, how the young people can now visit Anne Frank in the secret annexe, so to speak, at the push of a button. The Frank family hid there from July 6, 1942 until their discovery and arrest on August 6, 1944, together with other Jewish residents. The laboratory visitors can walk through all the rooms: Anne's private little realm, where a cuddly bear sits on the bed, or the common room that the Frank family had to share with other people in hiding. Also with Anne's young fellow sufferer Peter, her first - and only - love. 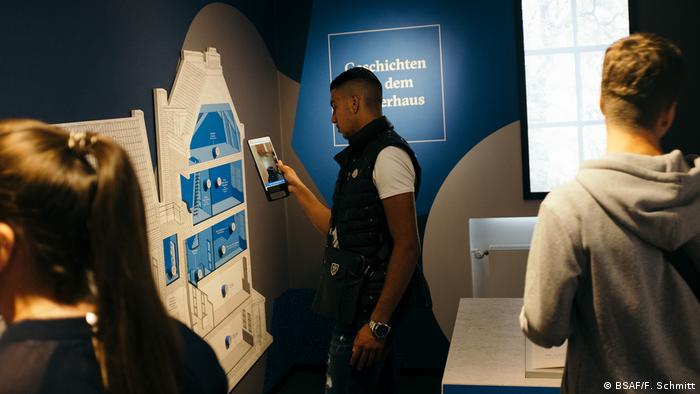 The three-dimensional 360-degree recordings are based on Anne's notes in her diary. A talking book that you can tap describes Anne's roommates in the hiding place. Contemporary witnesses have their say. "Anne Frank's story feels very close because she was also from Frankfurt," says ninth grader Petra. "The subject of discrimination is still as topical as it was back then. You notice that in the subway, for example, when people get upset about others."

With the lines "Tomorrow more", Anne Frank guides the young people from the past into the present. Because with these words your first entry in the diary ends. 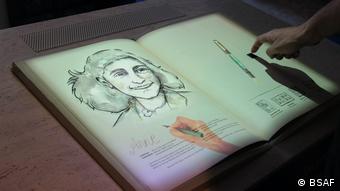 "Tomorrow more" is also the motto of the learning laboratory: more courage to counter hate speech, more respect for others, more resistance, more justice, more self-reflection. The topics of migration, flight, asylum and the realities of young people play a major role in the tour. The eye should be trained in order to expose forms of discrimination in everyday life. Why, for example, do you say "gypsy sauce" instead of paprika sauce? And isn't there racism in the word "undeclared work"?

A look through the "racist glasses"

The youngsters are particularly impressed by the "racist glasses": through specially prepared glasses, drawings by "completely normal" people can literally be viewed "distorted by prejudices": the girl becomes a cliché gypsy or a whore, the student mutates into a gangster or an evil one looking rapper. "I think you should get to know someone first before you form an opinion about them," says student Lara. 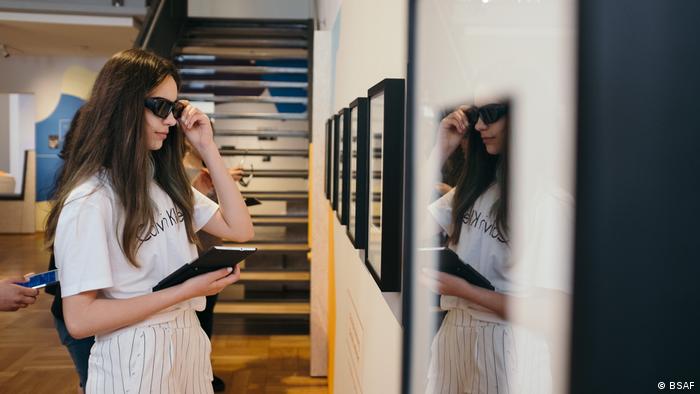 Unmasked prejudices: the look through the "racist glasses"

A few steps further, the "Hate speech" station asks visitors to recognize hate speech, as it is spread daily on the Internet, and to intervene against it.

After the tour, the young people are not left alone with their impressions: At the end of the laboratory everything is summarized again and discussed if necessary, according to curator Deborah Krieg. "The young visitors should be encouraged to ask: What are my own perspectives? What do I find unfair? What do I want to change?" 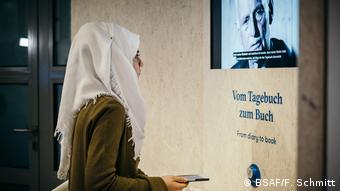 The show does not want to provide ready-made answers; instead, it requires the young visitors to examine themselves and their surroundings. The first visitors came to the opening on June 12th, Anne Frank's 89th birthday.

Among them was the 97-year-old Trude Simonsohn, honorary citizen of the city of Frankfurt and a concentration camp survivor. When today's youngsters ask her what they could do to prevent something like the Nazis from happening again, she replies, "For every wrong, immediately 'No!' say".

On June 16 and 17 the learning laboratory "Anne Frank. Tomorrow more" invites you to the big public weekend.