The fear of the North Korean neighbor

Almost the entire northern coastline of Baengnjeong is secured with barbed wire fences and cement walls. There are only a few ports where fishing boats can set sail. But at the moment hardly anyone is using these already limited options. "Under normal circumstances, I could take my boat out for five minutes and fish there. But now, with North Korea's massive threatening attacks, I would never go that far," says fisherman Lee Hwan-sun as he picks up holes in a huge orange fishing net stuffs.

Baengnjeong is only 15 kilometers from North Korean territory. A month ago, North Korean dictator Kim Jong Un ordered his army to target the island in case of war. The waters of the Yellow Sea have long been a bone of contention between the two Korean states. But never before have the inhabitants of the islands there been so concerned as they are now. 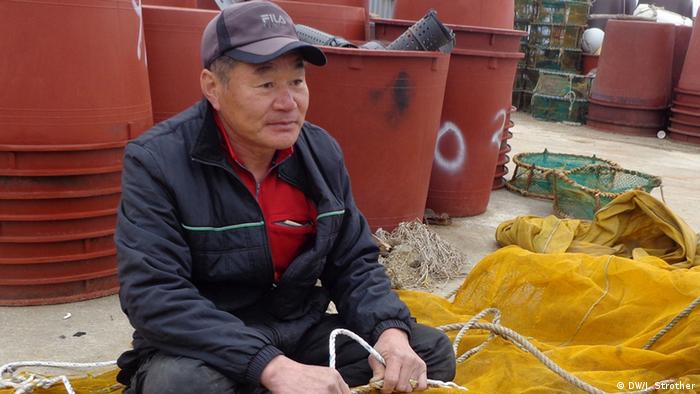 The war rhetoric is already affecting the islanders' livelihoods

Five women in their 70s who have settled on wooden planks in another port say they have really had enough of Pyongyang's threats of war. They all consider the young leader of the north to be unpredictable. "Kim Jong Un is even worse than his father, Kim Jong Il. Nobody knows when he will launch a missile. We are all scared," explains one of the women.

Prepared for an attack

The island has many defenses against invasion from the north. Thousands of South Korean soldiers and naval units are stationed on Baengnjeong. To protect civilians, 90 bunkers are spread across the island.

In one of these bunkers, Kim Jin-guk shows on a map on the wall how close Baengnjeong is to North Korea. He heads the civil defense unit. He says locals don't dismiss Pyongyang's talk of war as empty threats, like many South Koreans who live further away from the border do. "The likelihood of being attacked is much higher here than anywhere else. That's why people here are much more afraid than people in Seoul or other parts of the country," he says.

Kim is worried too. He is less afraid of a major war than of a small surprise attack, such as the one North Korea waged against the neighboring island of Jeongpjeong in 2010. Four South Koreans were killed in the process. Should bombs fall on Baengnjeong, a siren sounds so that the residents can get to safety in the bunkers. But of course Kim hopes it won't come to that. 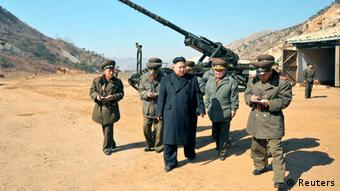 North Korean threats are taken more seriously here than anywhere else for another reason. As soon as Pyongyang threatens South Korea, the islanders' livelihoods will be in jeopardy. Tourism is a main source of income here. Pyongyang's rhetoric keeps visitors away. Ferry companies that drive tourists back and forth are thinking of shutting down traffic if the crisis drags on.

The owner of the Mun-hwa Hotel, Park Dong-sik, complains that tourism has been badly affected. "The tensions between North and South Korea and media reports about Baengnjeong have caused my guests to cancel their reservations until June. This has had a very negative effect on other companies here as well. I cannot recall any worse situation. "

Park is lucky that day. About 40 tourists from a place outside of Seoul stay at his hotel. You belong to a travel club for retirees and are unimpressed by North Korea's threatening gestures. "What difference does it make whether we are here on the island or at home?" Asks one of the pensioners. "If they attack the island, war will break out across the country. Every single part of South Korea will become a battlefield."

They don't want to leave the island

When their stay is over, these tourists will leave. But the residents of Baengnjeong, like the hotel owner Park Dong-sik, want to stay on their island. "I am not afraid of North Korea. I trust the soldiers stationed here that they will protect us if the war really does break out. No matter how bad it may turn out, I will never leave this island." 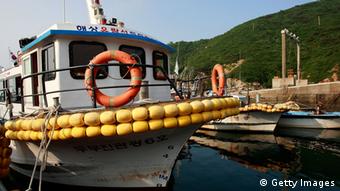 Although the threat is great, many want to stay

Even the fisherman Lee Hwan-sun, whose livelihood is in danger, cannot bring himself to leave. "My children asked my wife and me to leave the island and move to the mainland with them. After all the war cry from North Korea, I also thought about it. But if we all leave, what will happen to the island?"

Lee uses the time to get his tools in order. As soon as the situation allows him to go out in his fishing boat again, he wants to be ready to go.