What if Bellatrix killed Hermione

Peeves is missing. The burrow burns down. And why the hell does Voldemort turn to confetti?

We asked members of the BuzzFeed Community about the moments in the Harry Potter books and films that make them angry. Here are some of the best answers.

1. Hermione's logic puzzle in the film The Philosopher's Stone is nowhere to be found.

"IN THE FILM THEY LEFT OUT HERMINES LOGIC PUZZLE THAT HARRY PUT INTO THE ROOM WITH THE PHILOSOPHER'S STONE." 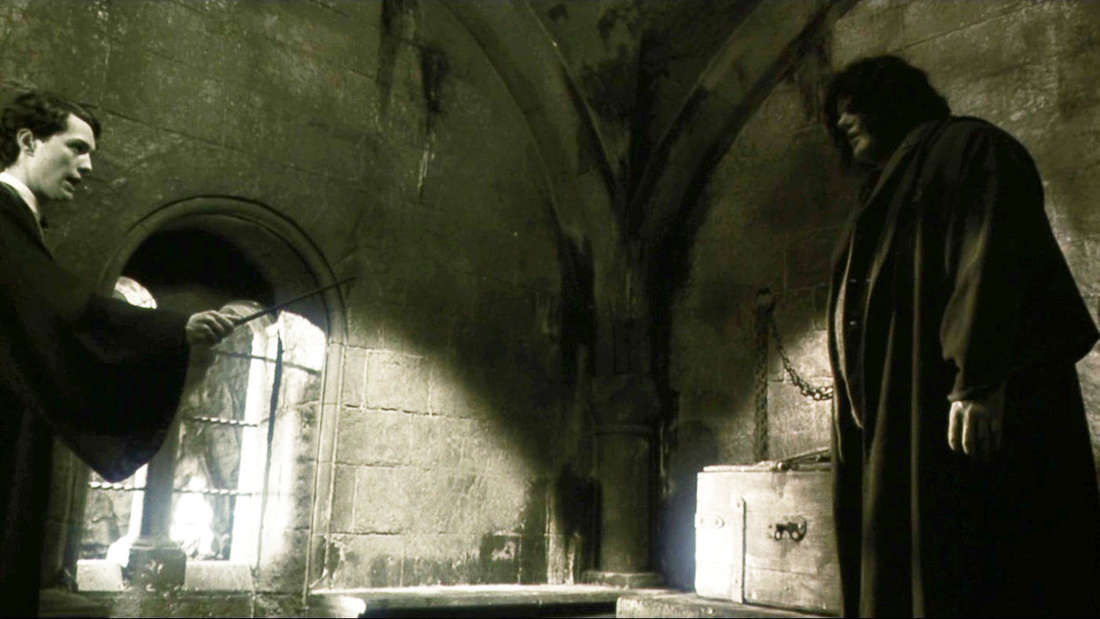 “Was Hagrid acquitted? Was he allowed to do magic again legally? Did he get the chance to finish his studies? That annoys me more than it should. "

3. Harry breaks the Elder Wand before fixing his own wand.

"That would really only have taken half a second longer in the film."

4. Where the hell did all the cool creatures in the maze go? 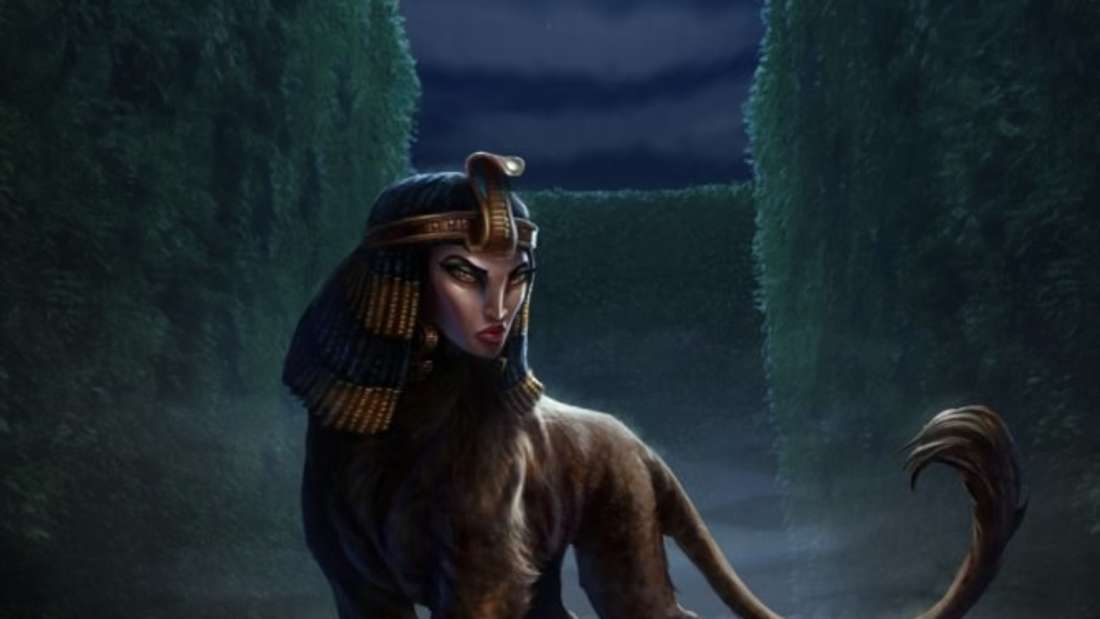 “The last task in the Triwizard Tournament in the fourth film pissed me off. I wanted to see a sphinx and other huge creatures in a maze. What we got was the leftovers from trimming the ivy hedges and a bit of wind. What's a challenge in that? "

“I am angry that Harry found Professor McGonagall in The Order of the Phoenix does not say that Umbridge is forcing him to write with the penal pen. "

6. If Harry had opened his present and used the mirror, Sirius could still be alive. 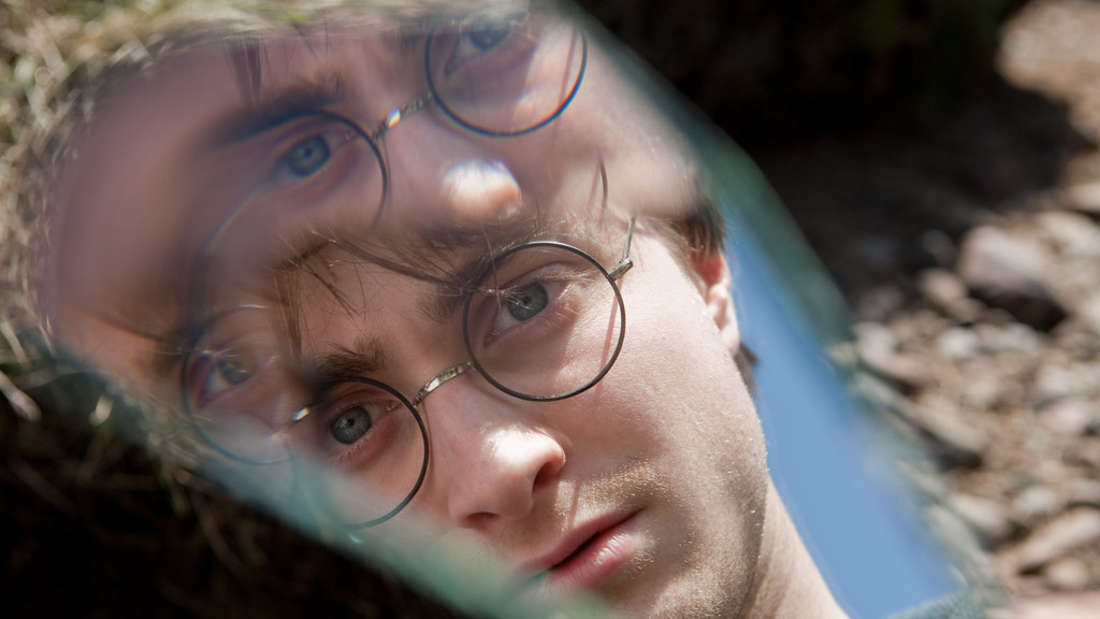 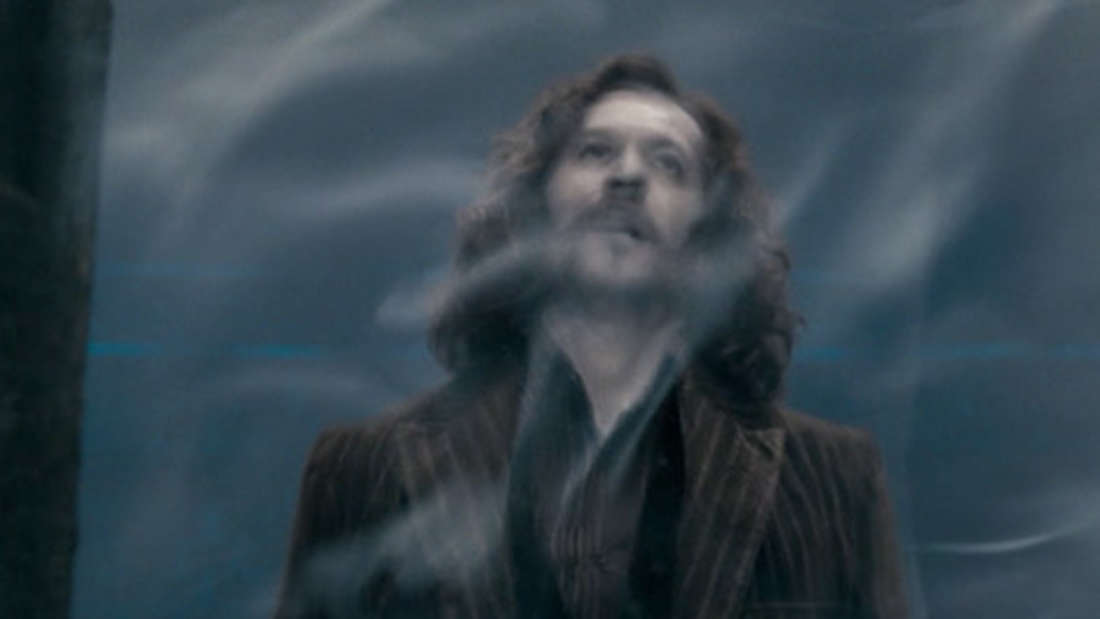 7. That the burrow burns down.

“Just the fact that the burrow burns down in the sixth film! When does that happen in the book? WHEN???"

8. The Dursleys never get the punishment they deserve.

“The Dursleys have never been charged or convicted of neglect, verbal, emotional or psychological abuse, and possibly even (?) Physical abuse. I mean hello! Harry's first letter was addressed to, and I quote: 'In the closet under the stairs'. "

9. When Ron and Harry get really mad at Hermione for worrying that the broom Harry was sent might be bewitched.

“I really hate that Harry and Ron are in The Prisoner of Azkaban against Hermione just because she is concerned that an anonymous sender broom might be from the serial killer who is currently trying to kill Harry. And the only thing that happens is that the Firebolt is examined and then returned. "

10. That Harry and Hermione didn't use the Time-Turner to prevent Wormtail from escaping. 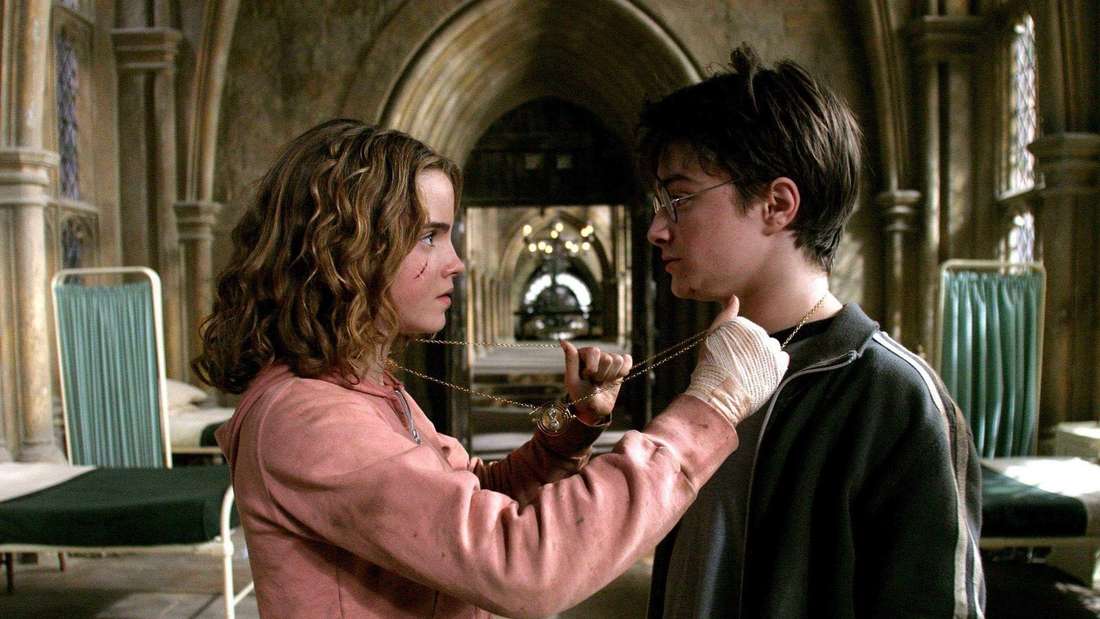 “If I'm really only supposed to pick one moment, it is that Harry and Hermione don't use the Time Turner to stop Peter. By then they had already broken a lot of the rules, what was stopping them from breaking this one too? And don't come to me with later action points. " 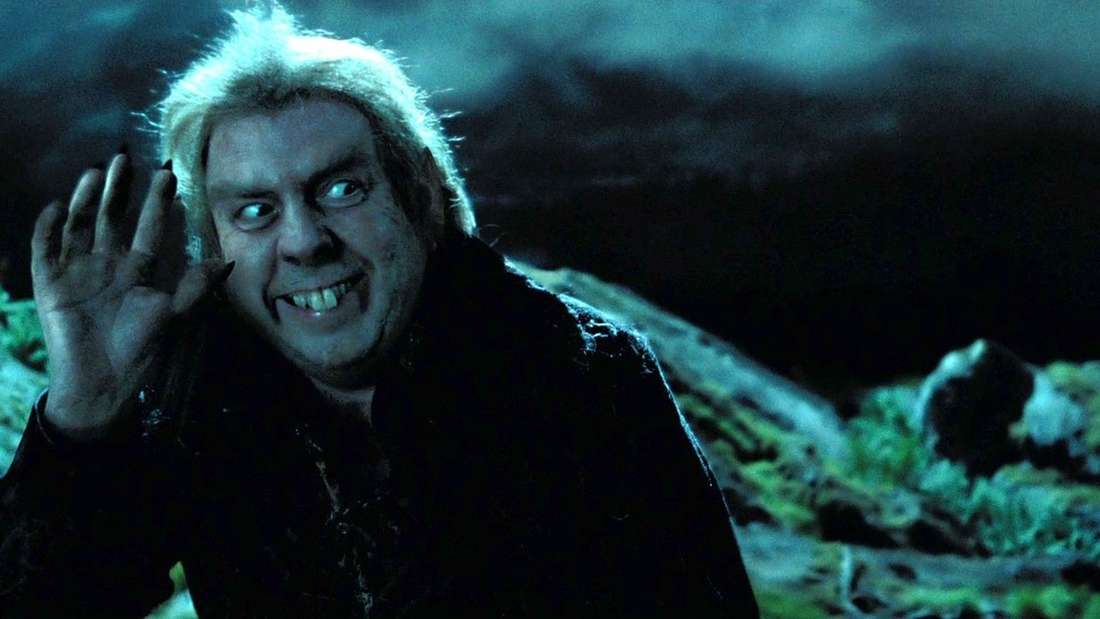 “The moment that always annoys me is over The Prisoner of Azkaban. Why didn't anyone bewitch Wormtail with 'Petrificus totalus' when they were in the Howling Shack? Sirius could have restored his reputation and Harry would have got rid of the Dursleys. "

12. You already know when Voldemort ... dissolves.

The key words are PUNCHED ON THE GROUND WITH BANAL PERFORMANCE. He should die like any other person, that was the key point. I was at the midnight screening of the last movie ... and NO ONE clapped or reacted to Voldemort's death, the scene we'd waited for years and eight films. Just because this stupid 'dissolve in confetti' withheld the 'moment' of his death from us. " 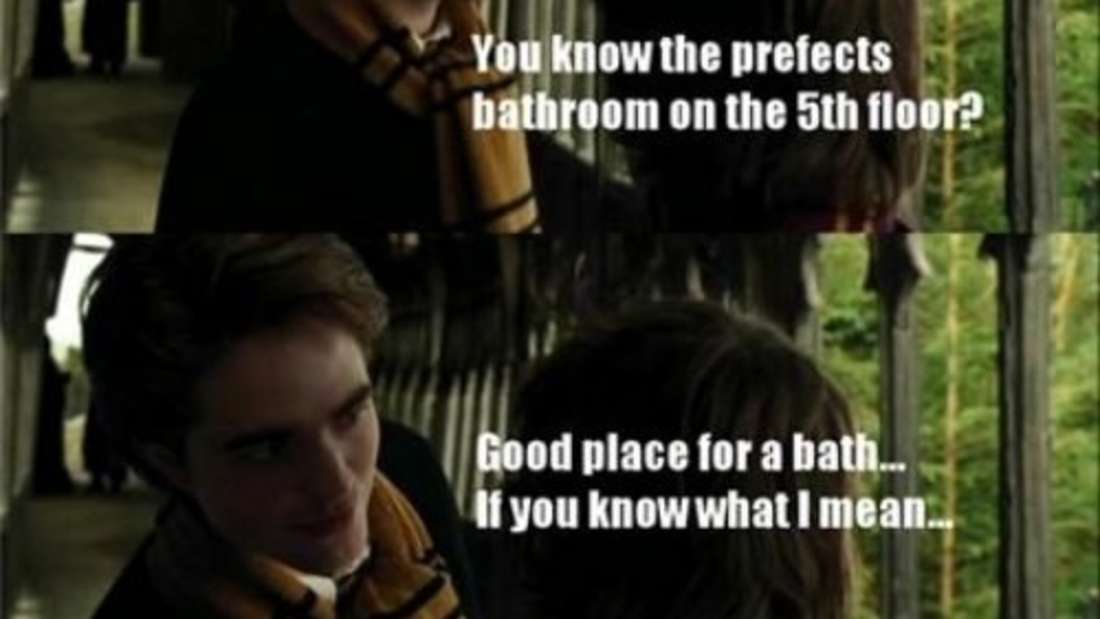 “Harry informed Cedric directly about the dragons. ('Dragons. That is the first task') and in return, * indicates * Cedric only suggests to take a bath with the egg. Harry doesn't even get a hint like, 'Long swimming is the second task' or 'put the egg under the water to hear it'? "

14. In the third film, Lupine never explains to Harry how he knows what the Marauder's card is.

"In the movie The Prisoner of Azkaban neither Lupine nor Sirius explain to Harry who Crown, Paw, Moony and Wormtail are and yet Harry is not the least bit curious how Lupine knows what the Marauder's Card is and how it is used. Sometimes I wonder how fans who have never read books understand films with so many unexplained plot gaps. "

15. The fact that Dumbledore hadn't the faintest idea that the Dark Lord was in the back of Quirrell's head.

"Honestly, I love Dumbledore - he's so smart and witty and damn elegant and he always seems to know exactly what's going on - but how could he not have noticed that Voldemort had lived under Quirrell's turban for a whole year. I mean, he knows where the Horcruxes are, but Voldemort's face on someone else's head is too much for him. " 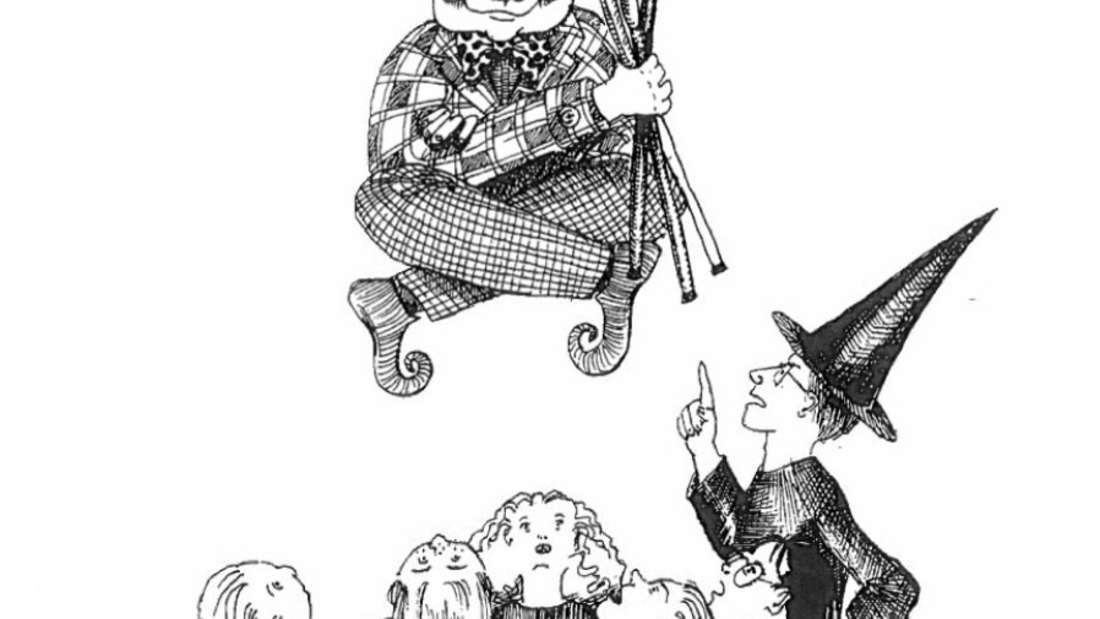 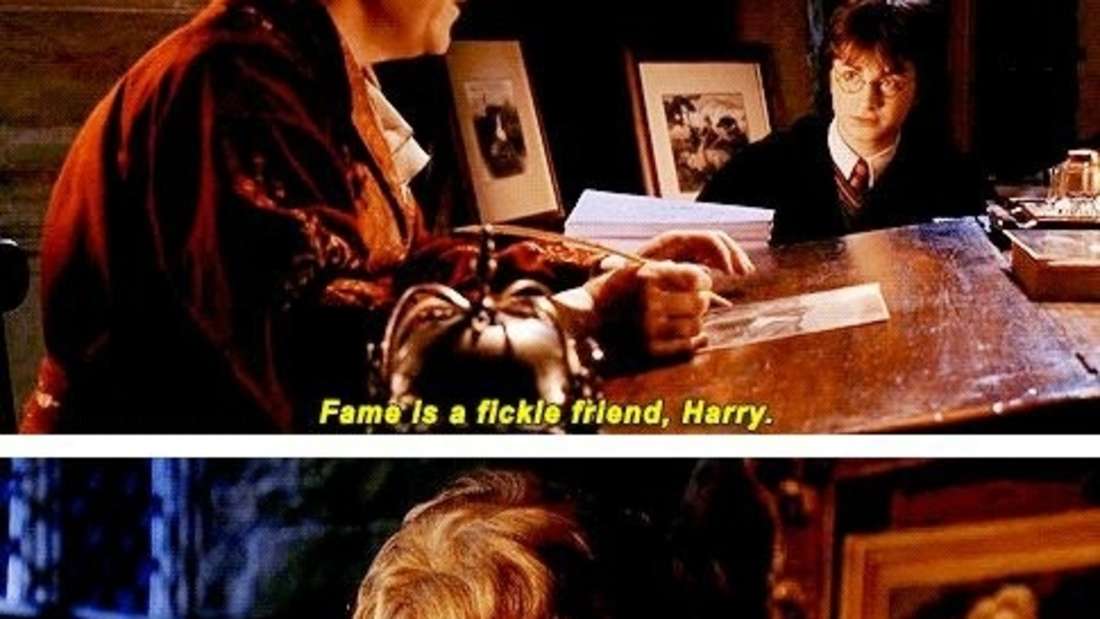 "Apart from the fact that he disappears all the bones in Harry's arm."

18. In the movies, the chemistry between Ginny and Harry just isn't right. 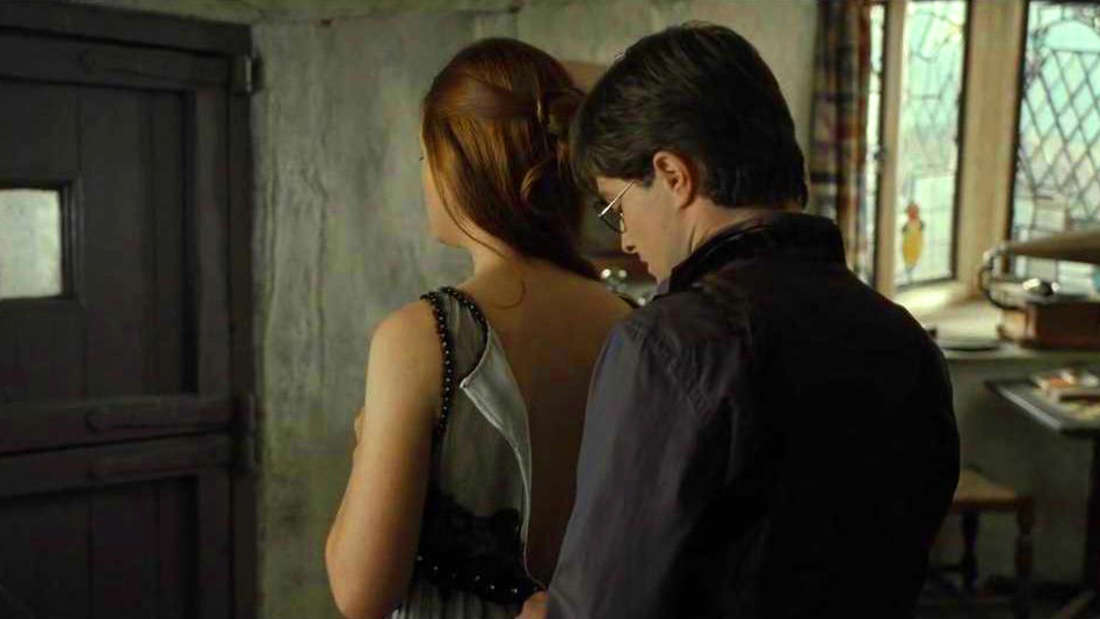 "I'm weird and I saw the films first and could NOT understand this couple until I read the books."

19. Book Hermione would never have asked that question.

“In the book, Seamus asks Sir Nicholas how one can be 'almost headless'. Hermione would never ask anything so rude. "

20. The fact that the actress who plays young Lily doesn't have Harry's eyes. 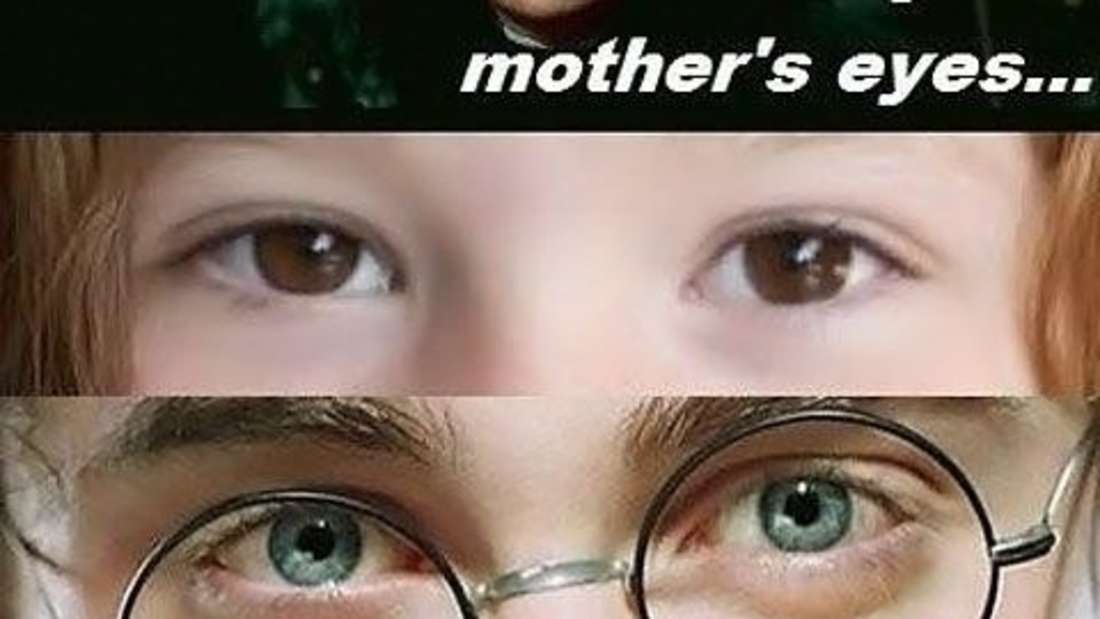 "Harry, you have your mother's eyes."

21. Sirius never got another trial.

“I hate that Sirius never got a fucking trial! To this day, the world does not know that he is innocent. "

22. When Ron and Hermione don't believe Harry that Malfoy is planning something bad. 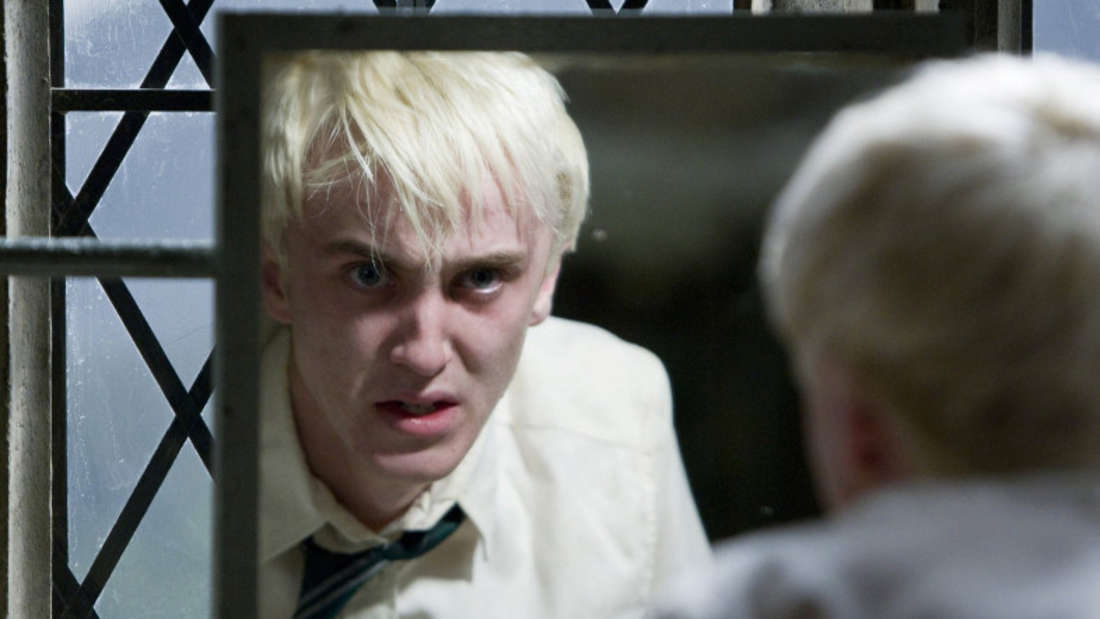 "In the sixth book, Harry practically begs Ron and Hermione to help him find out what Draco is up to, but they just tell him not to worry about it and refuse to help. This ultimately leads to Death Eaters getting into the castle and Dumbledore dying. They don't even apologize or admit that he was right all along. In every other book they help him when he has a guess. But here they left him alone. " 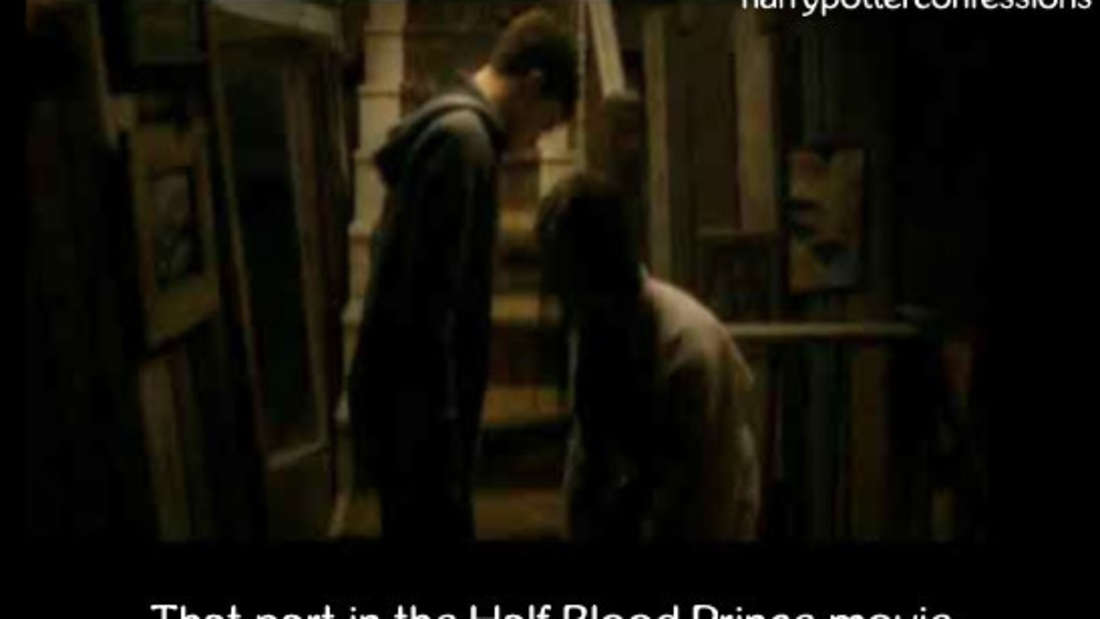 "That scene was so strange and totally atypical of the version of Ginny from the books, which was supposed to be strong and direct and not that weird, submissive, lace-tying girl."

24. When Ron is mad at Harry for allegedly throwing his name in the goblet of fire. 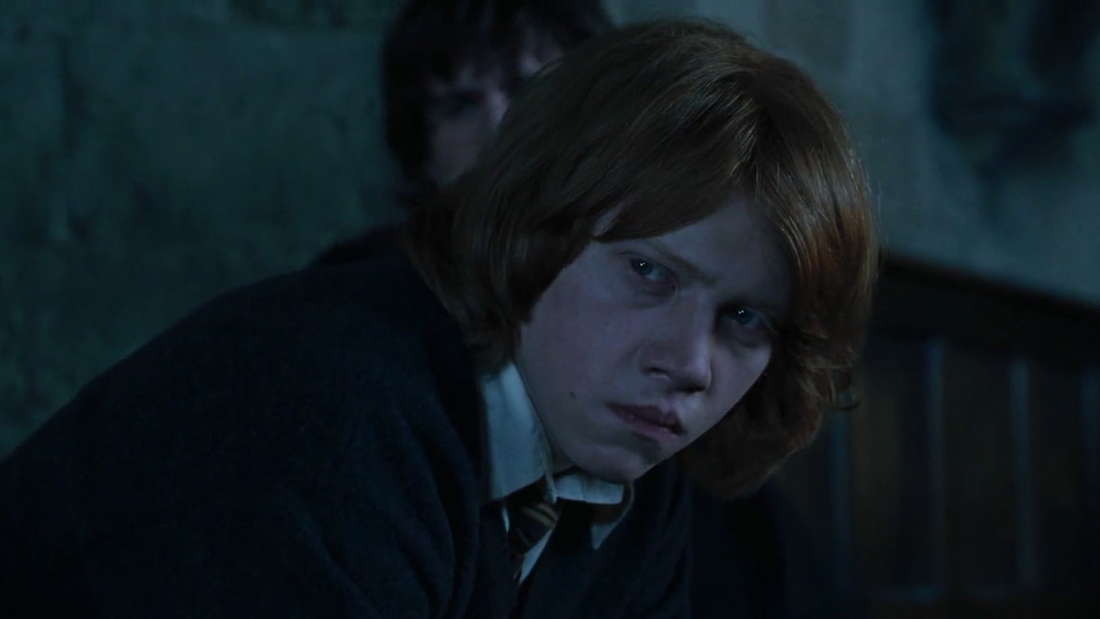 "Just because Harry is the 'Chosen One' and Ron is never in the limelight doesn't give him the right to be mad at his BEST FRIEND about something that could kill him. Also, Harry made it very clear that he didn't put his name in the goblet. Why doesn't Ron believe him. I mean he's his best friend. "

25. When Harry is acting pretty stupid about those damn letters. 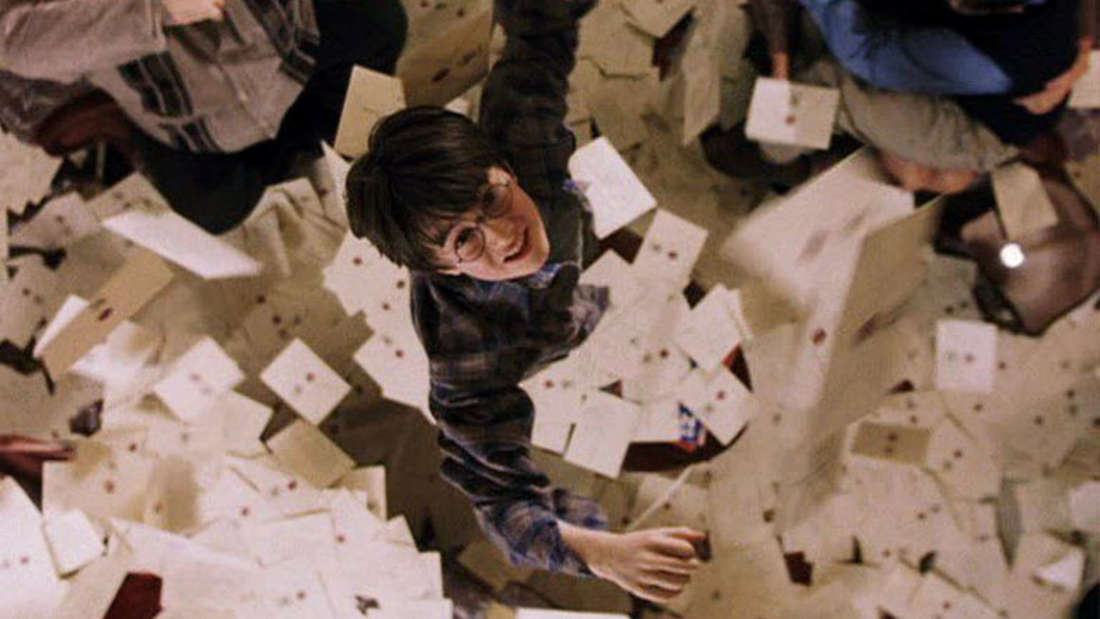 "Harry tries in The Philosopher's Stoneto catch one of the Hogwarts letters from the air when HUNDREDS ARE ON THE FLOOR. YOU WASTE SO MUCH TIME. I don't think that's why Harry came to Ravenclaw. "

26. When Hermione fixes Harry's glasses, not his eyes. 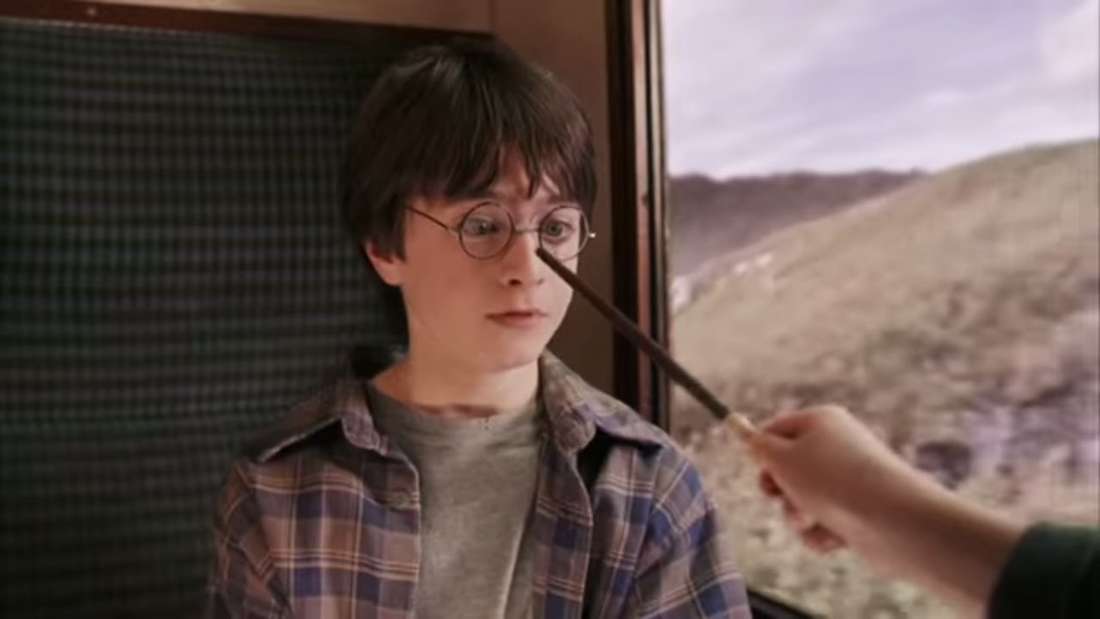 "Why did Hermione only fix Harry's glasses and not his eyes?"

27. When Malfoy sat so strangely in that tree. 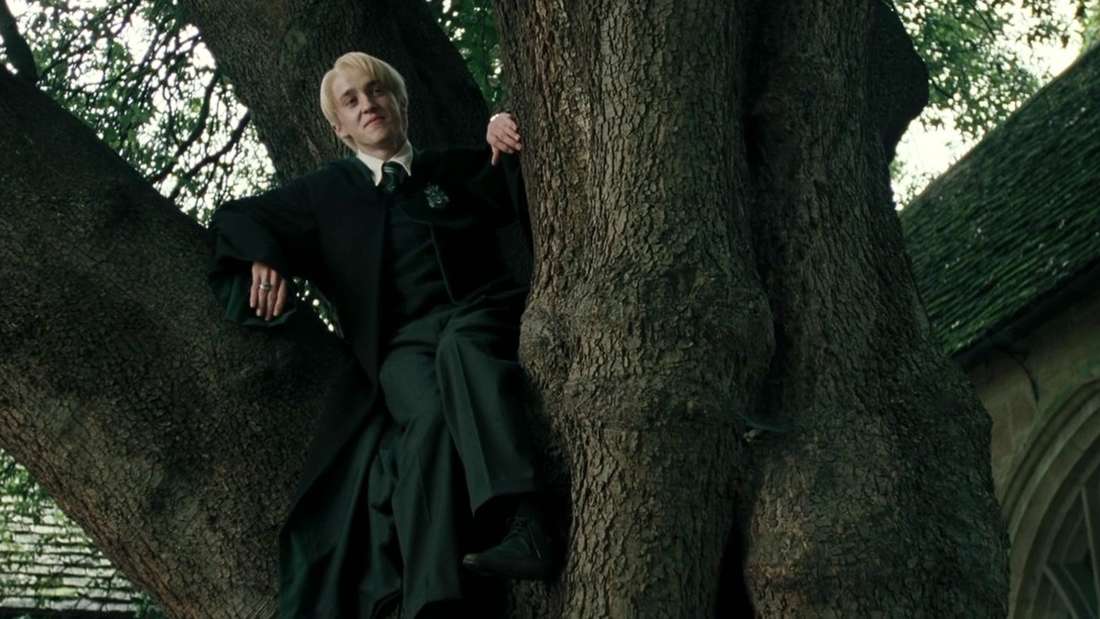 “This moment in The goblet of firewhere Malfoy is sitting in a tree while he is hanging out with his friends, even though his friends are standing on the ground. Really, man. What the fuck are you doing in that tree? It makes me laugh every time I see the film. ”—Michelleth 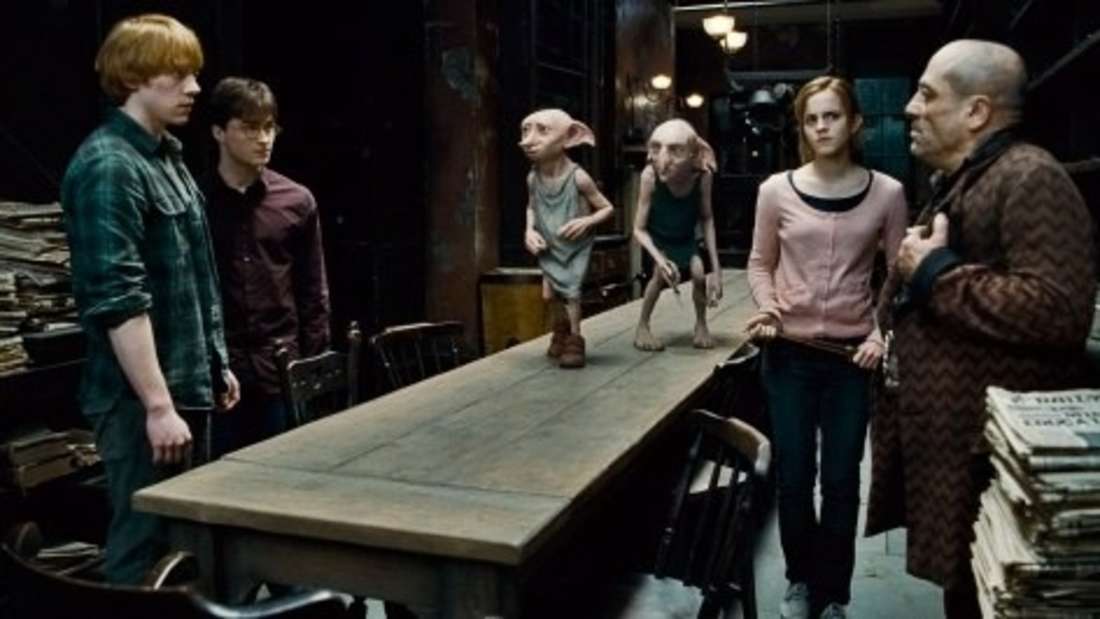 “My favorite scene from the books is when Kreacher marches in with the other house-elves and fights Voldemort. I wanted so badly to see this scene in the film too! But I knew it wouldn't happen because the house-elves rarely appear in the films. "

"Every time Hermione says, 'This is nothing, Harry.' Or 'There is no such thing, Harry.' Because of Hermione, Harry mistakenly thinks he's going crazy half the time. "

30. Neville's parents only appear in this one frame in the films.

"WHERE ARE NEVILLES PARENTS?" 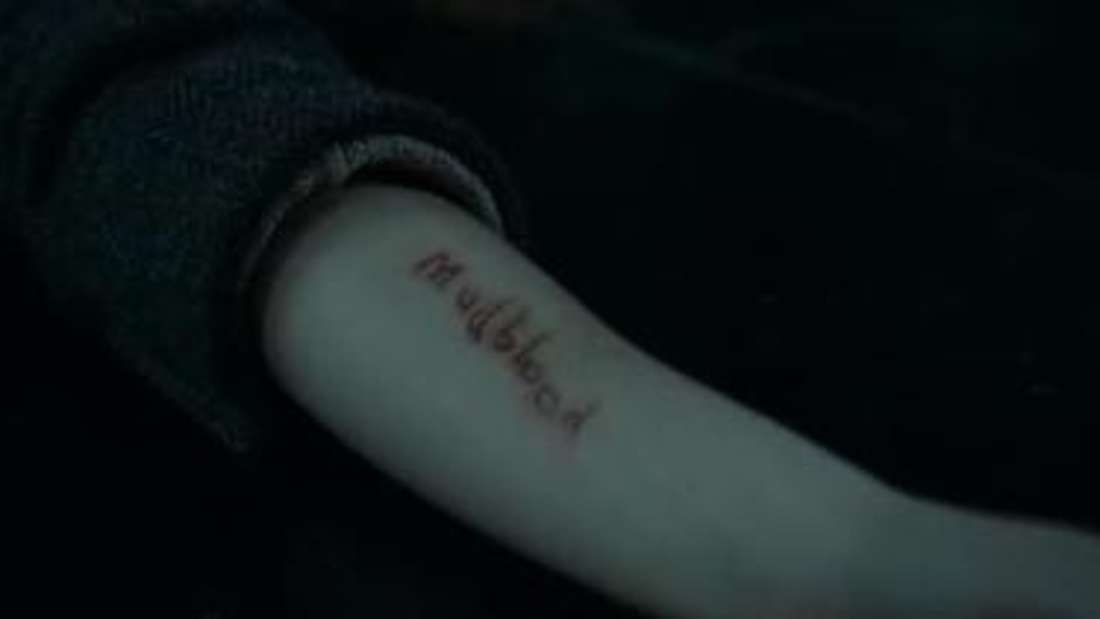 "I have something that surprisingly no one has mentioned before: Hermione's 'Mudblood' scar. According to the books, the only injury Bellatrix inflicts on Hermione is a cut on her neck. I understand that creates a super dramatic moment in the movie, but now there is this 'mudblood' scar in every fan fiction and it makes me shudder every time. "

32. When Dumbledore asks something in return when Snape asks him to protect Lily and her family. 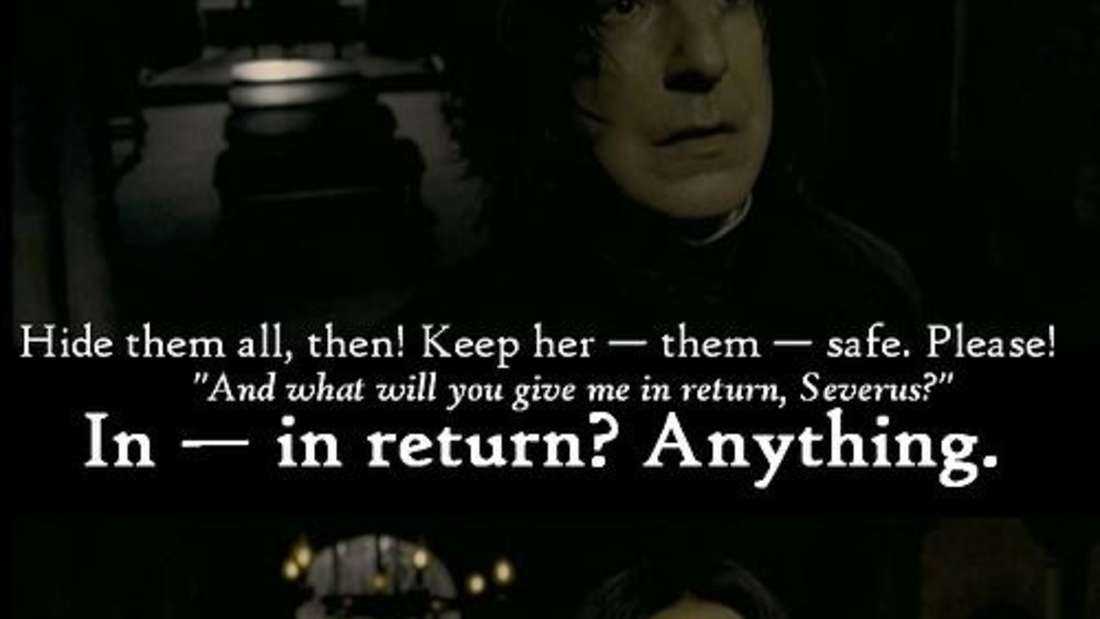 "I beg your pardon? You selfish man. You knew the prophecy. You knew the little boy needed protection. And yet, just because a Death Eater wanted your help, do you overlook all of these points and look for a benefit to yourself? Dumbledore is one of those characters that I always get angry about, but who I still love. "

“This scene in The Deathly Hallows - Part 2"Voldemort hugging Draco gets me up to 180 every time. One of the fundamental qualities of Voldemort is that he is purposely alone and without friends, and definitely does NOT give hugs." —jkf395

34. When Harry decides it's a good idea not to tell Dumbledore about his dreams.

"In The Order of the Phoenix Harry is too stubborn to talk to Dumbledore about his strange visions / dreams before it's too late. Sirius is dead because Harry had to storm in and be the hero again. "

35. When no one in The Order of the Phoenix believes Voldemort is back. 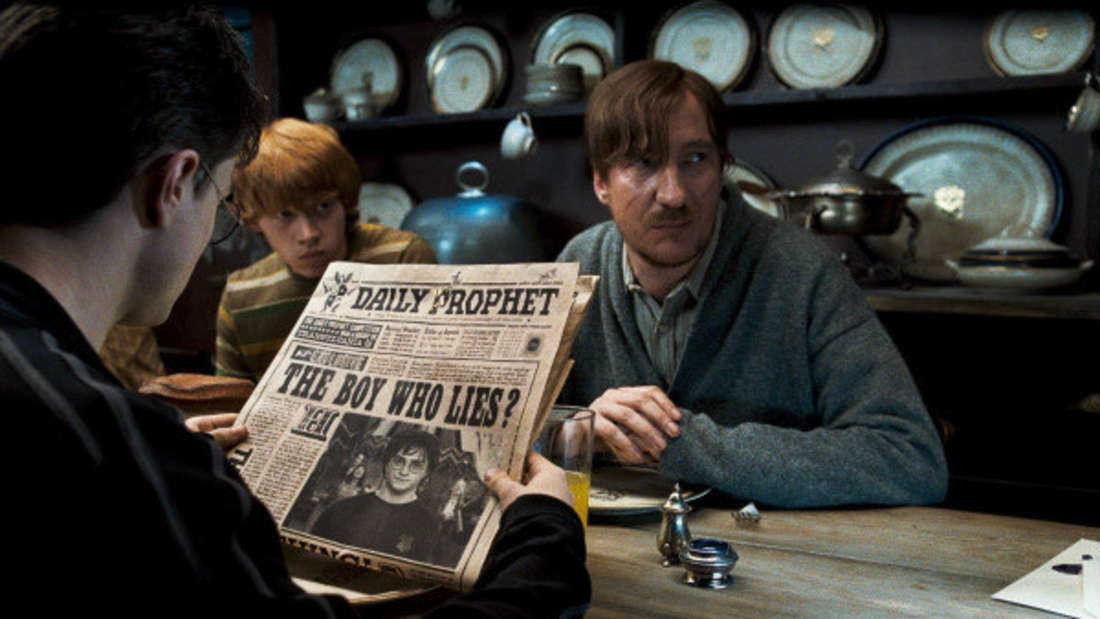 "Why didn't you just take Harry's memories and put them in the pensieve !?"

36. Which leads to his classmates being pretty mean to him. 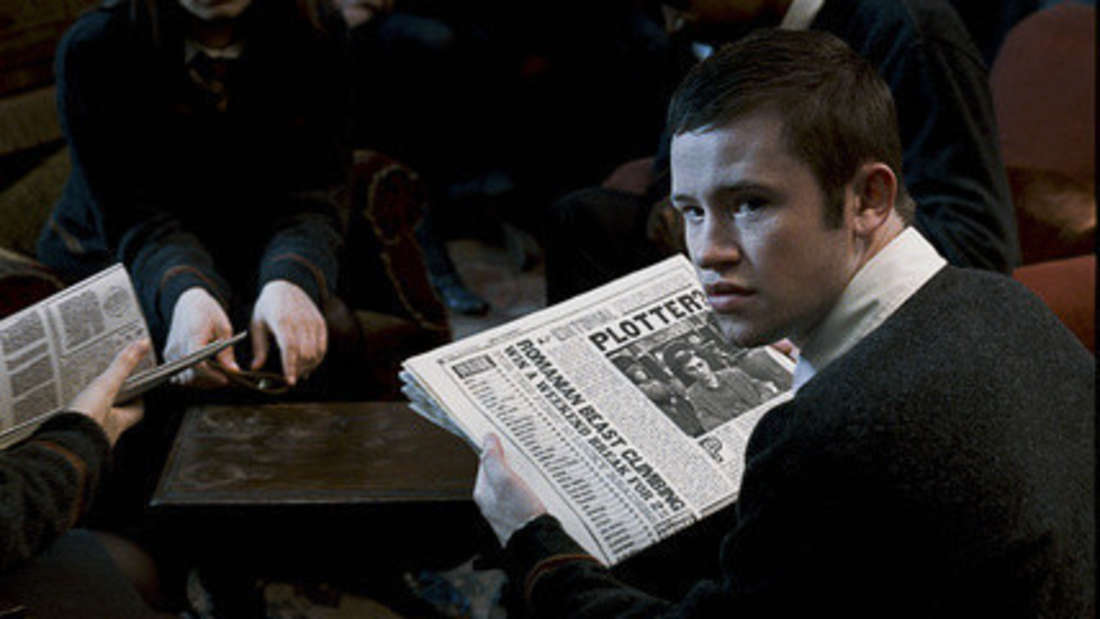 “I hate in The Order of the Phoenix how mean everyone is to Harry and how they bullied him throughout the book (the whole movie). And that after he saved the school and had fought the Dark Lord four times before. Give Harry a break! "

37. How Kreacher is always portrayed as mean in the films.

“At the end of the book The Deathly Hallows Kreacher is very loyal and friendly to Harry, but in the films he is always portrayed as mean. "

38. The lack of a death anniversary celebration. 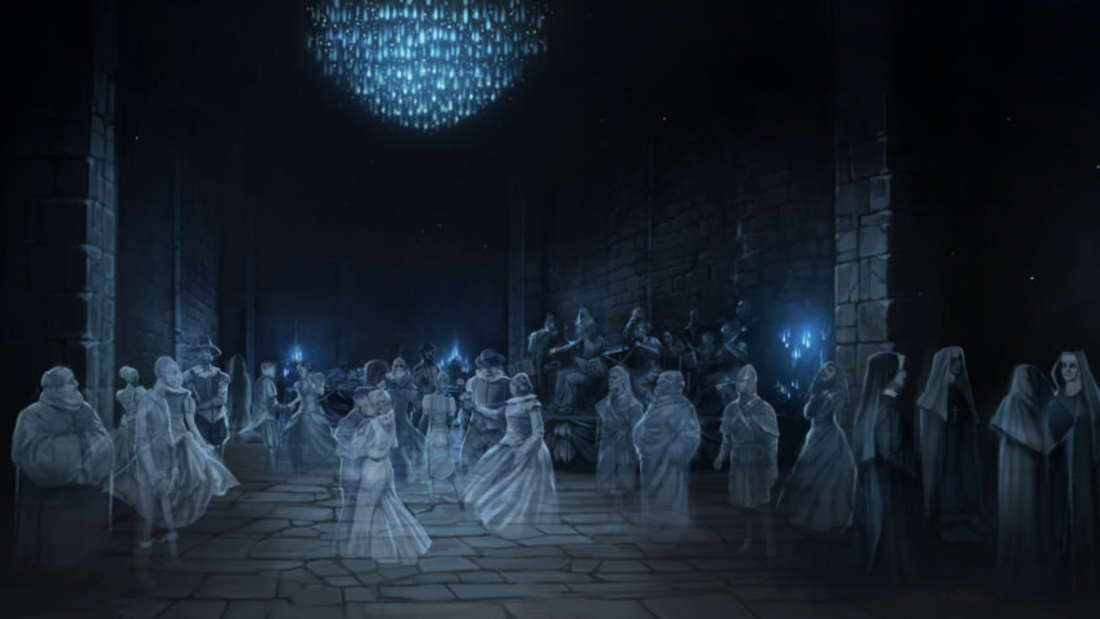 "Almost Headless Nick's death anniversary celebration would have been a pretty cool scene."

Hermione's logic puzzle occurred in Sorceror's Stone. A previous version of this post stated that it happened in Chamber of Secrets. This Muggle thanks angelamarier4f6432a5a for noticing!

This article first appeared in English.