Which Chinese character has the most strokes?

Some Chinese learners begin by learning the pinyin language, the romanized language. However, this is simply not enough if you want to learn advanced Chinese and sooner or later you have to deal with the complex Chinese characters. The conventional characters that you learn at the beginning are mostly 我 (me), 你 (you), and 很好 (very good). You can often easily remember these if you write them a few times. However, this article is dedicated to the crème de la crème of Chinese characters. These characters are so complex that not even the Chinese themselves can write them so easily.

Here are the 5 hardest Chinese characters out there.

This sign is pronounced cuàn (4th tone) and means stove or cook. This character has a deserved fifth place on this list with 29 strokes.

This character is pronounced nàng (4th tone) and has a very interesting meaning as it describes the nasal sound of the voice when you have a stuffy nose. With 36 single strokes, this character is one of the most difficult in the Chinese language.

If you ever need to describe the shape of a flying kite, this character is just the thing. It is pronounced “tà” and consists of 48 strokes. 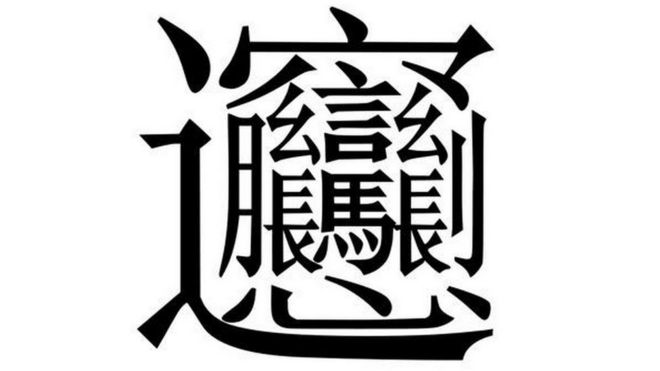 When dealing with difficult characters, one often comes across "biáng". This character is one of the most difficult to write out because it consists of 58 single lines. Biáng is a type of noodle that originated in Shaanxi Province, China. In fact, these noodles are so popular that they are among the "10 Weirdest Wonders of Shaanxi".

Although this character is also used in modern Chinese, it is not possible to write with a computer for a long time. If the Chinese want to type it anyway, they just say 彪 彪 面 biāobiāo miàn or 冰冰 面 bīngbīng miàn instead.

Although “biáng” is often cited as the most difficult Chinese character, there is actually one character that is more difficult. This sign means exorcism. However, there isn't even a clear Chinese pronunciation for it and you can't write it on the computer anyway. This character has, believe it or not, 60 individual strokes!

That was not all…

No matter how complex Chinese characters may seem, they are not impossible to write and learn (except perhaps the five above ...). I hope this article does not stop anyone from learning Chinese, but is simply intended to be an example of the fascinating written language in China. 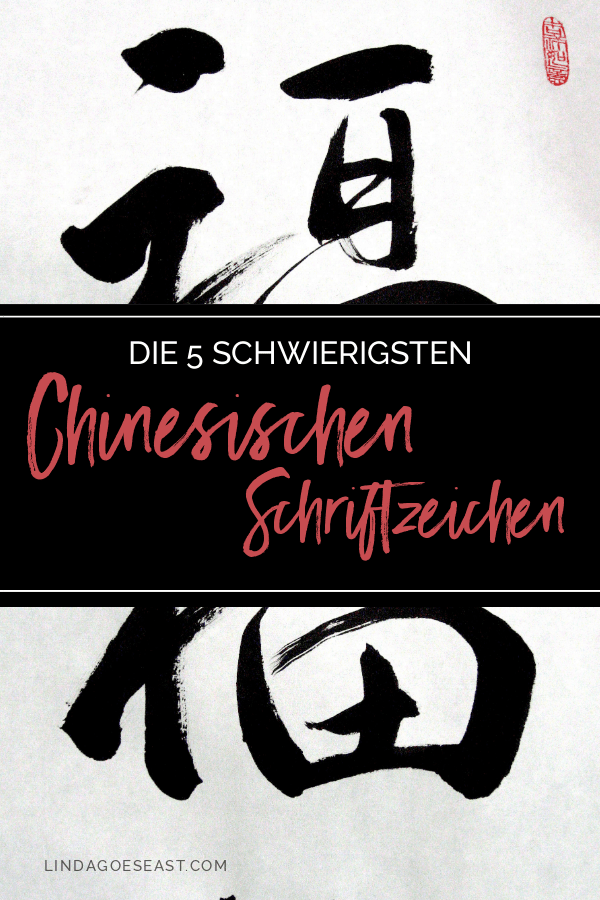