How corrupt is Gujarat, the BJP government

At the end of the week, the second round of elections will be held in India's westernmost state, Gujarat. Indian Prime Minister Narendra Modi's national rise began in Gujarat with his Hindu nationalist BJP party, which has been in power in Gujarat for over 20 years. The BJP is challenged by the Congress Party, which ruled India for decades after independence. Its top candidate is Rahul Gandhi, who was recently elected to succeed his mother Sonia at the head of the Congress Party. The Gujarat election is seen as a mood test for Modi's popularity on the one hand, and a test for Rahul Gandhi, who is supposed to challenge Modi in the 2019 national elections, on the other. 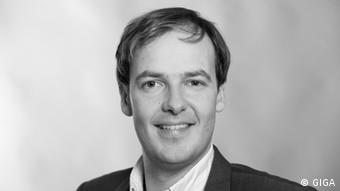 To create a mood for the BJP, Modi on his Facebook page last Sunday accused Pakistan of swaying the Gujarat elections in favor of the Congress party. The meeting of a former Pakistani foreign minister with the former Indian Prime Minister Manmohan Singh, who belongs to the Congress party, in New Delhi served as "proof". According to Modi, this was a conspiratorial meeting to influence the elections in Gujarat. Pakistan and members of the Congress Party denied the allegations. Observers and much of the Indian media also agreed that Modi's suspicions were made up out of thin air.

The example shows particularly clearly how Modi makes politics, especially in election campaigns. He reaches out to the people directly on social media. He makes vague allegations by shedding light on a common political business meeting. He cleverly uses the hostility between India and Pakistan, which guarantees strong emotional reactions. Populism as it is in the textbook.

Johannes Plagemann and Andreas Ufen from the GIGA Institute in Hamburg recently published a study on the varieties of populism in Asia, in which they devote a section to Modi and India. They define populism as follows: "Populists speak in the name of a single 'true' people, stand against a supposedly corrupt, depraved elite and tend to disregard mediating bodies such as courts, parliaments and the media."

Instead, populists use direct communication, for example via social media, to speak directly to the people and not to be filtered by the party or the media. After Trump, Modi is the politician with the most Twitter followers worldwide, currently 37.8 million. 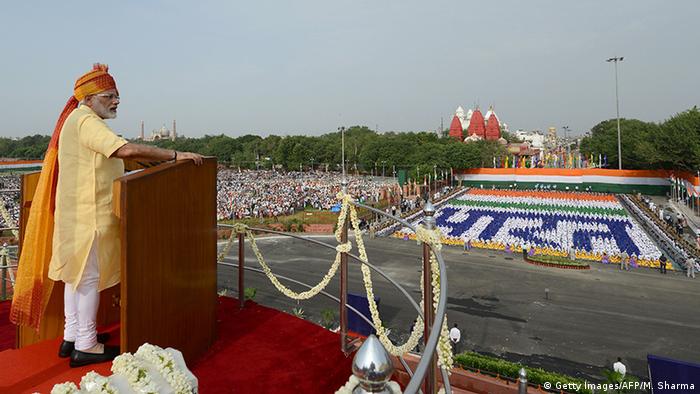 According to Plagemann and Ufen, two further elements are characteristic of populism: First, "anti-pluralism", ie the limitation of political and social influence on a group. Modi's preferred group are those Hindus who strictly observe religious rules and who strive for a religiously shaped nation and politics (this is what the terms "Hindu nationalism" and "Hindutva" mean). The second populist element is the tendency to personalize politics.

Both can also be observed in India, according to Ufen and Plagemann. Modi stages himself as an "outsider" in New Delhi. As the son of a tea seller, he himself comes from the people and is not part of the elitist Nehru-Gandhi dynasty, which is largely considered corrupt and which ruled the country with the Congress Party for years. He presents himself as an unrestricted servant of his people, ascetic, childless and living alone.

All major decisions of the ruling party are made in a small group. A good example of this is the controversial cash reform of 2016, which came as a surprise to many. Modi only decided this in consultation with the finance minister and a few others, as Plagemann explains in an interview with DW. 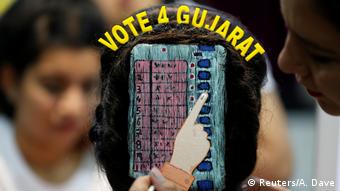 In addition, as mentioned above, the BJP pursues radical Hindu nationalism. "The equation of Hinduism with Indian identity, which is inherent in Hindu nationalism, is problematic," say Plagemann and Ufen. This excludes the more than 170 million Muslims who live in India. This course generally promotes a polarization of the country.

In the long term, the image of history conveyed under the BJP is also problematic. For example, Hindu nationalists recently tried to discredit the country's most famous building, the Taj Mahal, which was built by a Muslim ruler. The period of the Muslim Mughal Empire (1526-1858) is now often portrayed as a kind of first colonial period. "The Muslim influence is to be erased. The model character of India is thus destroyed," says Plagemann.

The model character of a pluralistic democracy goes back to state founder Jawaharlal Nehru and the Indian motto 'unity in diversity' cultivated under the congress party. The political line of the BJP is contrary to this. This became clear when, on this year's Independence Day on August 15, little reference was made to Nehru and the establishment of the state. "In doing so, the BJP is foregoing important integrative and democratic ideas," says Plagemann.

Despite these developments, "the continued existence of democracy in India is not yet in question." This is mainly due to Indian federalism, which even a strong leader like Modi cannot easily abolish. "Federalism inevitably brings pluralism into the debate," said Plagemann. Nevertheless, populism has the potential to permanently damage democracy in India.