After the vanguard effect comes the robinhood effect 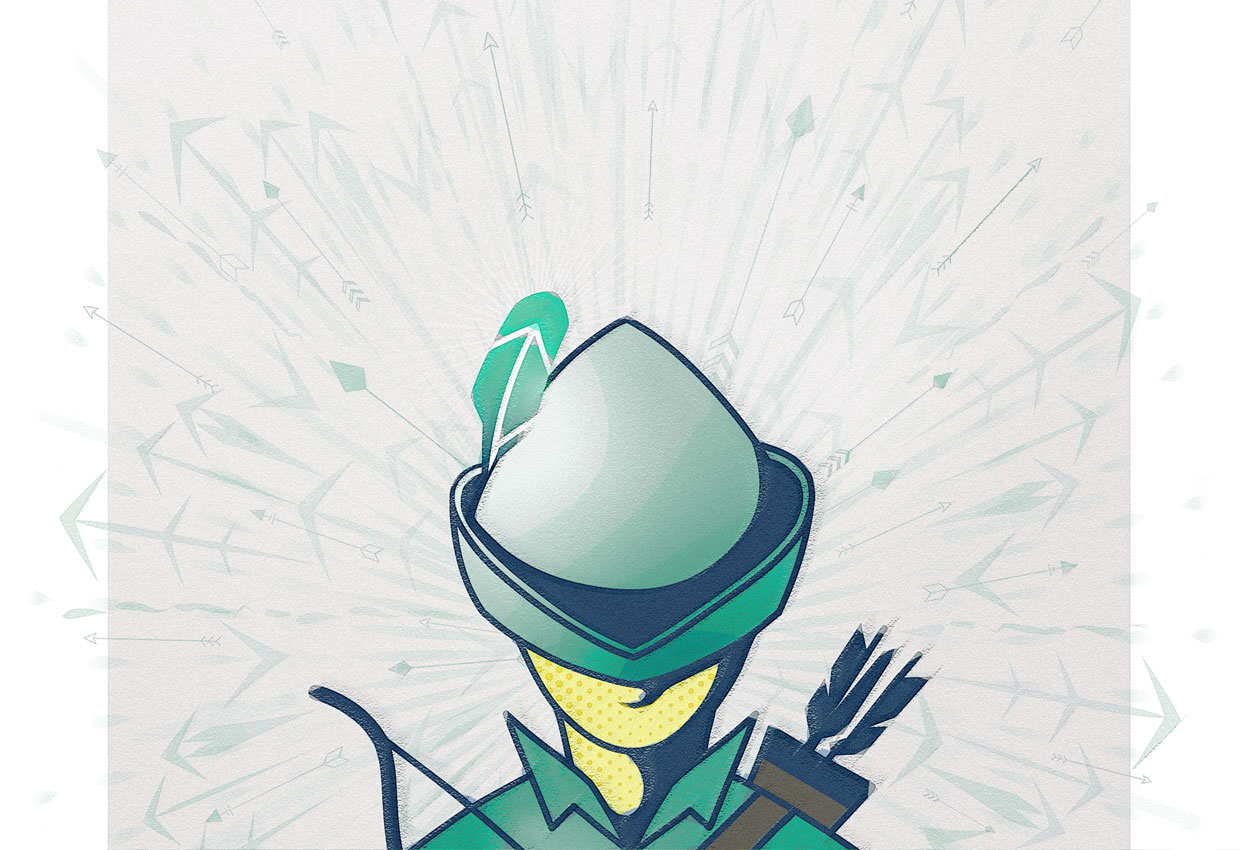 The financial world is changing. Zero interest rates are eroding interest margins and falling transaction costs in wealth and asset management lead to a decline in commission income. The crazy thing about it: Volume growth cannot close these earnings gaps. In addition, there is constantly changing customer behavior and constant new technological innovations.

Banks are challenged by these developments: They have to adapt or redefine their business models. The fact is: margins in the transaction business will continue to decline. Customers are no longer willing to pay high fees for standard deals. This change is often underestimated by established companies - they are prisoners of their own success. If you change your business model, you run the risk of cannibalizing yourself. And the chance of being successful with radically new ideas is slim.

Of course, it is never possible to predict which ideas will be popular. Because of this, there is often a lack of courage to question one's own business model. The tragic consequence: You just don't do anything.

Founders who have a lot to gain and nothing to lose can rely on creative destruction. One example is the world of index funds - and the expansion in the form of ETFs. When John C. Bogle, founder of US asset manager Vanguard, who died in January 2019, launched the first public index fund on the US stock market in 1976, he was not viewed as a courageous innovator - he was ridiculed.

At first it actually seemed as if the product was going to flop: Instead of the 150 million fortunes that had been hoped for, Vanguard raised just eleven million dollars. Soon there was talk of “Bogle’s Folly”, Bogle’s crazy idea. Bogle's clever move triggered nothing less than a revolution - albeit many years later. Today it is impossible to imagine the depots of private and professional investors without passive vehicles. There is no end in sight to this impressive growth story. In the meantime, in the USA, the largest fund market in the world, more funds are managed passively than actively for the first time. Whereby the ratio of 50.15 to 49.85 percent is still very tight.

When John Bogle invented passive investing, the focus was on low fees: “It's the fees that count. Smart investors will therefore use index funds with low costs to build a diversified portfolio of stocks and bonds. " Bogle has democratized investing with the index fund. In industry one speaks of the vanguard effect.

The asset manager is trimmed for efficiency and scalability. In addition, the profits generated are returned to customers in the form of low fees thanks to a cooperative structure. The vanguard effect also leads to lower prices among competitors. There is now a real fee war.

A similar phenomenon can now be seen in trading in securities, including derivatives. One speaks of the Robinhood Effect. As a result of the aggressive approach of the start-up from Silicon Valley, stock market transactions are now free of charge with several providers.

RobinHood founders Vladimir Tenev and Baiju Bhatt set themselves the goal of democratizing the American financial system in December 2013. Before the fintech officially launched its app in March 2015, a million private investors were already on the waiting list. And like at Bogles Innovation back then, the established financial industry shook its head.

A year later, one million customers were already using the trading app. The established stock market brokers such as Charles Schwab, E * Trade or TD Ameritrade had long underestimated RobinHood's customer growth. Until the point when the user base grew exponentially. The reaction followed in spring 2017 when the three brokers reduced their exchange fees by around a third, overnight, so to speak. The largest US bank, J.P. Morgan, reacted and announced in the summer of 2018 that customers could now make up to 100 transactions a year without commission.

RobinHood was still attracting more and more new customers, and millennials in particular were enthusiastic about its simplicity. The last officially communicated number of customers, six million, dates from autumn 2018. This number is likely to be even higher in the meantime, possibly much higher.

The pressure on the established is still great. The big bang came at the beginning of October 2019: The three big online brokers reduced the fees for stock market orders to zero. The stock exchange also reacted: The prices of the three providers immediately fell by 15 to 30 percent. In October 2019, J. P. Morgan dropped the 100 trade limit. All retail customers in the loyalty program can make unlimited free stock exchange transactions. There is now the following consensus in the USA: Stock trading should not cost anything. 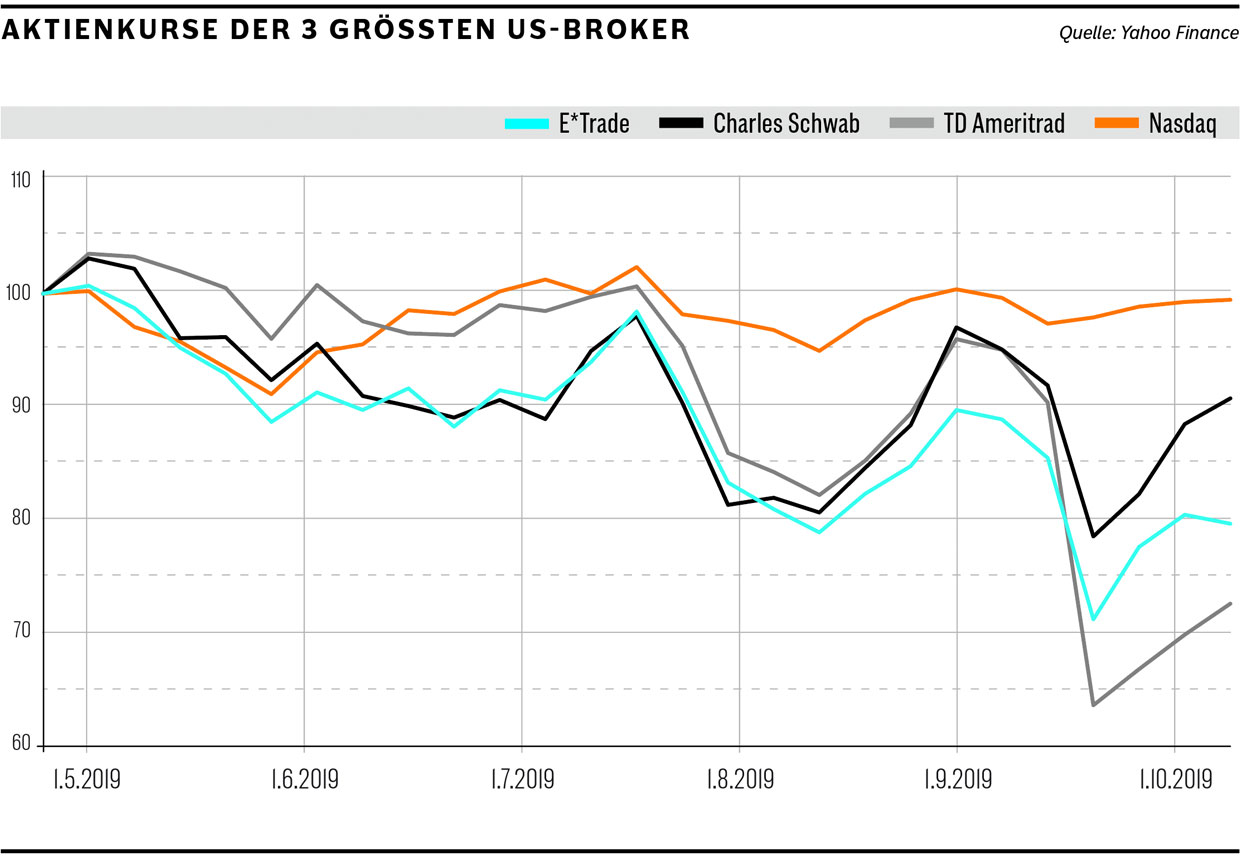 As is so often the case, this development spills over into Europe. RobinHood recently announced that they would now attack the Old Continent. The United Kingdom was chosen as the start, and the corresponding brokerage license from the Financial Market Authority FCA has already been granted. The US fintech is not the only attacker. The extremely successful Challenger bank Revolut has enabled free online exchange trading in a beta phase since this summer. The announcement of the founder of Revolut: "To be clear: We will cause the same disruption in stock trading as in banking."

Metal card and premium customers can currently also use the app to conduct stock market transactions. In an initial phase, however, only 300 US stocks will be available. In contrast to RobinHood, however, only up to 100 trades per month are free. After that, a transaction costs a pound. Revolut scores with another innovation: its roughly eight million customers can buy shares in fractions, the minimum size is one dollar. For example, a customer can invest in Tesla even though the stock price is around $ 250 and then hold 1/250 of a Tesla share.

The democratization of investing is proceeding briskly. Zero fees is one side, buying fractions of a share is the other. A private investor with little capital is not left out. The big question is: How are the local providers reacting? Because what history shows again and again: It is usually not the strongest or greatest survive a profound change, but those who can best adapt to the changing circumstances.