Why is Iran ignoring Trump's warning

New tensions between the US and Iran

US President Donald Trump has threatened the destruction of Iranian patrol boats if they approach US warships dangerously. "I have instructed the US Navy to shoot down and destroy every Iranian gunboat that harasses our ships in the open sea," wrote Trump on the short message service Twitter.

Hours later, he repeated his threat again at his daily press conference at the White House. Trump's threats were preceded by provocation in the Persian Gulf. According to the USA, eleven speedboats of the Iranian Revolutionary Guard had approached US ships in international waters in the Persian Gulf. The Iranian patrol boats are said to have come "dangerously" close to the six US ships at high speed - sometimes up to nine meters. The Iranians ignored warnings from the US Navy for around an hour before they turned off. The US military had avoided a collision with evasive maneuvers, it said in a statement from the US Department of Defense. With their provocative behavior, the Revolutionary Guard would have violated shipping safety rules and international law.

Iran later blamed the US Navy: Their ships had disrupted maneuvers by the Revolutionary Guard with "unprofessional and provocative behavior", the Iranian media reported.

In addition to the provocations in the Persian Gulf, the launch of a military satellite is further increasing tensions between the United States and Iran. According to the state news agency Irna, the Revolutionary Guard launched the "Nur-1" (Light-1) satellite into space from an undisclosed desert area. The satellite was successfully brought into orbit at an altitude of 425 kilometers. This is a great achievement of the Islamic Republic, it said in the declaration of the Revolutionary Guard. 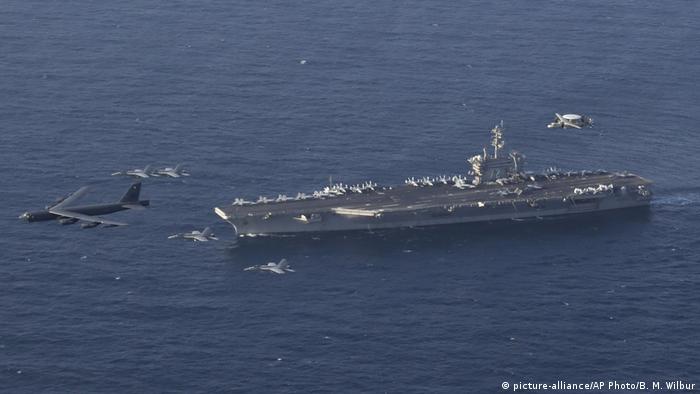 US Secretary of State Mike Pompeo said in Washington that Tehran had violated UN Security Council guidelines. "I think Iran must be held accountable." The USA and Israel are critical of the Iranian satellite program because they fear that Iran could use the technology of launchers to build military long-range missiles. The Israeli Foreign Ministry interpreted the launch of "Nur-1" as a violation of Iranian assurances and called on the international community to impose tougher sanctions on Iran. Tehran argues Iranian satellites should only provide data on weather, natural disasters and agriculture and not pursue military objectives. Therefore, their use is in accordance with international regulations. "Nur-1" was called a military satellite.

Relations between the US and Iran have been particularly strained for months. The conflict between the arch enemies had intensified dramatically in January after the targeted killing of the Iranian general Kassem Soleimani by a US drone attack near the Iraqi capital Baghdad. Washington justified the fatal attack by saying that Soleimani had planned attacks on US facilities.