How did the Arabian desert come into being 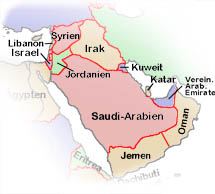 1 Introduction
The Arabian Peninsula is the largest peninsula in the world. It is located in the extreme southwest of Asia and borders Jordan and Iraq to the north, the Persian Gulf and the Gulf of Oman to the east, the Arabian Sea and the Gulf of Aden to the south and the Red Sea to the west. With a total area of ​​three million square kilometers and a population of around 32 million inhabitants, it is also one of the most sparsely populated areas on earth.

2. Structure of the peninsula
The Arabian Peninsula is divided into Saudi Arabia, Yemen, Oman, the United Arab Emirates, Qatar, Kuwait and Bahrain. 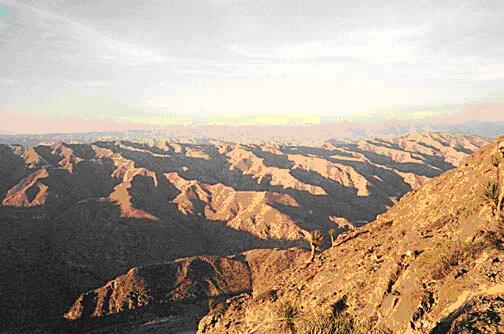 With the kind permission of Brigitte Lenz
Mountains in the south of the Arabian Peninsula
The border between Yemen and Oman, which has been controversial in places for a long time, runs over long distances over mountains.

3. Surface forms, climate:
The Arabian Peninsula is located between 3 major bodies of water: the Red Sea, the Persian Gulf and the Arabian Sea.
The peninsula is surrounded in the west and south by mountains, which slowly slope down to the Persian Gulf in the east. It includes the largest sandy deserts on earth, particularly the Rub el Khali desert in the south and the Nefud desert in the north. There is an extremely dry climate, only a few places receive more than 178 millimeters of precipitation annually. 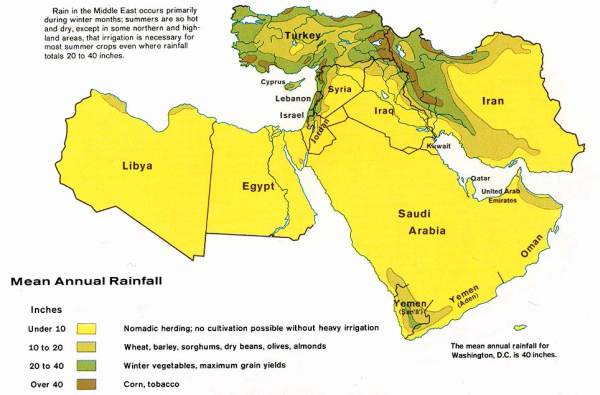 Mean annual rainfall:
1 inch is 2.54 cm; under 10 inches means less than 254 mm of precipitation per year
(Courtesy of The General Libraries, The University of Texas at Austin)

Temperatures can rise to 55 ° C and above. 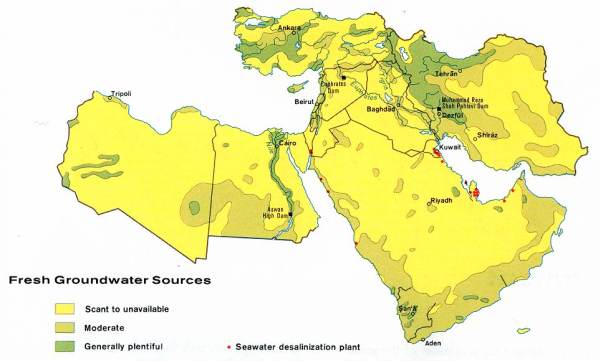 Agriculture is in many areas of the arab. Peninsula not possible or only under very difficult conditions. 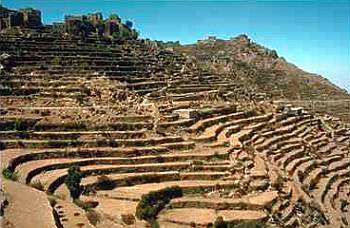 Fishing on the coast of Oman (© Michael Martin)

For the locals, fishing is an important source of food on the coast.

The oil and natural gas deposits in the areas of the Persian Gulf are of greatest economic importance. Around 95% of all Saudi Arabia's exports are oil and petroleum products. Saudi Arabia is also the world's largest oil exporter. This is where the money is at home. 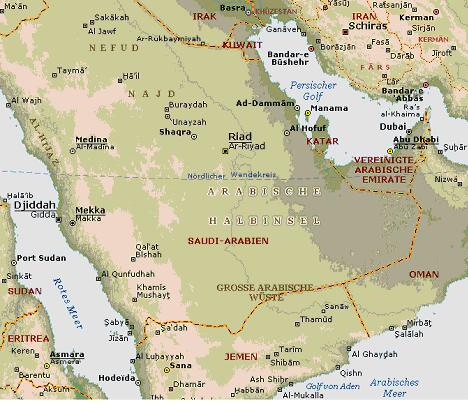 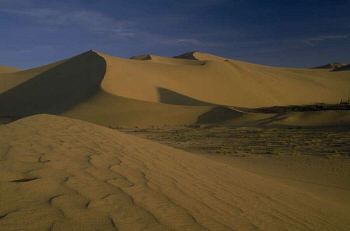 Far more than half of Saudi Arabia consists of desert.
The Rub al Khali desert (Arabic: The Empty Quarter) occupies the south-east of the country and extends into Yemen and Oman as well. It is largely unexplored and covers an area of ​​over 700,000 square kilometers. 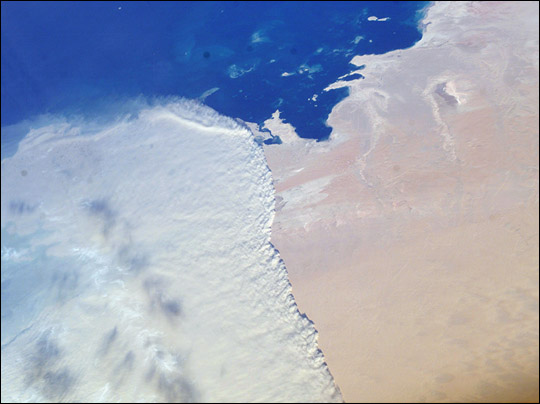 Satellite image of a huge sandstorm from February 15, 2004, which drifts like a wave across Qatar towards southeastern Saudi Arabia. Provided by the Gateway to Astronaut Photography of Earth at NASA Johnson Space Center

The Nefud desert extends north of the Rub al Khali. It is mostly covered by red sand and has an area of ​​approximately 77,000 square kilometers.
The gravel and gravel desert of Dhana connects the two desert areas Nefud and Rub al Khali, which are located in separate basins. Both deserts are typical tropic deserts. 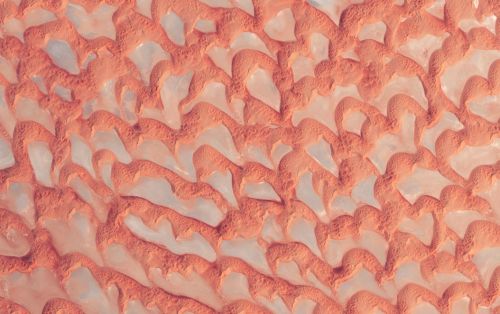 5th story:
Up until the 18th century we only knew anything about the Arabian Peninsula through the writings of the Greeks, Romans and Arabs. Research by Europeans began with Carsten Niebuhr's trip to Yemen (1763).

Carsten Niebuhr writes, for example, about a mountainous area in Yemen near the city of Sana:

For the common people, life in such climatic conditions could never be easy!

But here is the political story:
For a long time the political focus was in the south of the Arabian Peninsula. Kingdoms emerged early in the southwest, such as the Sabaean Empire, which later gained supremacy. The capital Saba was at a junction of the caravan routes and near a dam, and was therefore of great importance. After the Sabeans, the Himjars assumed dominance in southern Arabia. Their empire lasted from the 3rd century AD to the 6th century AD.

One of the first states in the north of the Arabian Peninsula was the Nabataean Empire, which extended to Damascus in the north. The capital of the empire was Petra. 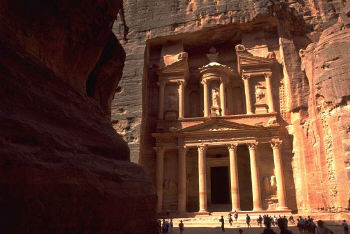 In AD 106, Trajan conquered the Nabataean Empire and made it the Roman province of Arabia. This province stayed with the Roman Empire for almost a century. Other states were founded in northern Arabia by invading peoples.

The islam
The Prophet Mohammed was born in Mecca around 570 and died in Medina in 632. Mecca became the spiritual center of Islam. Under the caliphs, the successors of Muhammad, Medina was the political center of a unified Islamic state from 632 to 661. In 661 the Umayyads moved the caliphate to Damascus, which made Arabia less important. The Abbasids took power in 749 and chose Baghdad as the center of their empire. This led to a further decline in Arabia.

Under the caliphs of Baghdad, Arabia had the status of a province from the 8th to the beginning of the 10th century. Around the middle of the 10th century, the Arabian Peninsula disintegrated into many small states. In 1258 the Mongols conquered Baghdad, in 1269 Mecca and Al-Hijaz came to the Egyptian caliphate. In 1517 the Portuguese took Muscat. Large parts of the Arabian Peninsula fell under Ottoman rule from the 16th century. 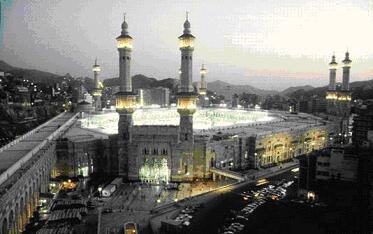 Mehmet Biber / Photo Researchers, Inc.
Mecca
One of the duties that the Quran prescribes for Muslims is to go on a pilgrimage to Mecca at least once in a lifetime.