Are French and Catalan understandable for both sides

What you should know about the Catalans and their language

From the waterfront to the Mediterranean
byNicole

Language is an important issue in Catalonia. Language is always a part of cultural identity. I myself find languages ​​exciting anyway, in general and all over the world. But here in Catalonia, practically everyone is a little linguist, and everyone has something to say on the subject.

Catalonia is bilingual. Officially one speaks here Castellano, so Spanish, and Català, Catalan. Both are officially recognized languages ​​and every Catalan also speaks Spanish, but not every Spanish who lives in Catalonia also speaks Catalan.

Today 7.5 million people * live in the region of Catalonia, of whom over 5 million speak Catalan. However, the total number of speakers is over 7 million people.

Due to the fact that Catalonia ruled over large parts of the Mediterranean in the Middle Ages, there are still many areas where Catalan is spoken, for example in the Balearic Islands, in Valencia, beyond the Pyrenees in southern France and even in Italy, in Alguer, one can find Catalan-speaking communities. The language extends far beyond what is now Catalonia.

Catalonia used to be an independent, large empire; the Counts of Barcelona even wore a royal crown corona catalano-aragonesa. The Counts of Barcelona received their royal dignity when they united with Aragon, because the inhabitants of Catalonia were always very headstrong and wanted to have a say, there was no king on the throne in Barcelona. An absolutist monarch, like in Castile, did not suit the Catalans at all. Under the rule of the Counts of Barcelona, ​​therefore, the most important citizens, merchants and nobles had a certain say. A kind of forerunner of today's parliaments, the Consell de Cent (Council of Hundred) is even older than the English Parliament! But more on that another time. 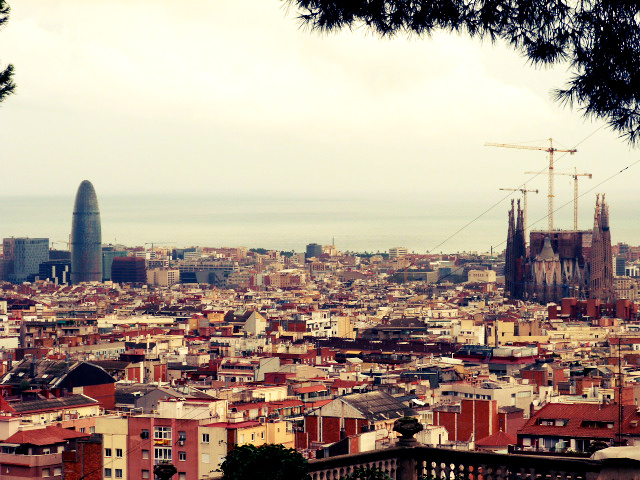 Back to the language. Like Italian, French, Romanian, Portuguese, Castilian (i.e. Spanish) and Occitan, Catalan is one of the Romance languages. If you already speak one or more of these Romance languages, you will surely quickly learn Catalan. It is relatively easy to read Catalan at the beginning, as the common roots of the words from Latin are very similar in many of these languages, and one can often “recognize” one or the other word and guess the meaning.

Catalan and Spanish are about as related to each other as Dutch and German. Reading you can certainly understand some things, but if you hear the spoken language, you need a while to get what it is about, if you understand anything at all.

The closest relationship is between Catalan and Occitan, the Langue d’oc spoken in southern France. If Spanish, Portuguese and Italian were to be called sister languages, Occitan and Catalan would be twins. Unfortunately, the French have done a great job over the centuries eradicating the minority languages ​​on their territory. Slowly but surely, the number of Occitan speakers has fallen so much that it can almost be counted as extinct. In the next generation, this language will probably be one of the dead languages.

How has the Catalan language been preserved to this day?

The Catalans, on the other hand, managed to keep their language. They fight for it like hardly any other people, which I find very worthy of support. Because only as long as a language is used does it live. Bilingualism can be a double-edged sword. The coexistence of two languages ​​in one territory is almost always only a temporary phase, until one language finally replaces the other. Usually the old language is superseded by the new one. Unfortunately, this is almost always the case.

But how could Catalan last so long, even though the central governments in Madrid tried for centuries to eradicate all regional languages ​​on the soil of the Castilian Empire and, like the French, a single language, Castilian, for the cohesion of the nation enforce? Catalan has been banned many times in its history. Even under Franco, still in the seventies, it was officially forbidden and under threat of penalties, Català to speak! 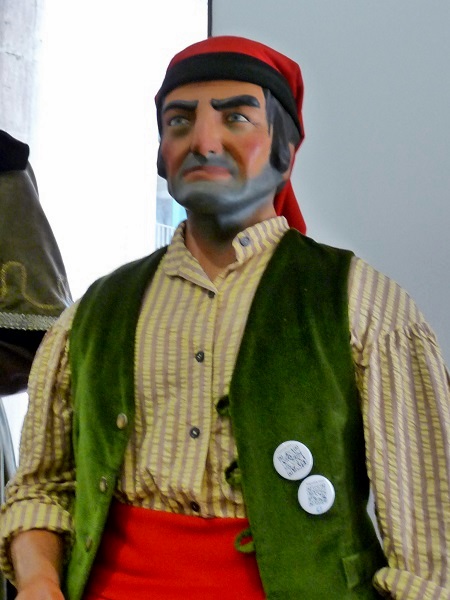 But luckily for Catalan, Spain was very rural for a long time. Due to the relatively low population density, the dominance of Castilian, which was quickly established in the few large cities, did not extend to the rural areas. In the remote mountain villages of the Pyrenees, in the small spots where the population lived from agriculture and cared precious little about the new fashions from the distant capital, Spanish / Castilian simply did not establish itself as the everyday language - despite the official ban on Catalan .

In this way, the language was able to persist for centuries as a spoken language in private life. In order to establish itself as a written and literary language, Catalan had a harder time. For a long time, precisely because of its survival in the countryside, it was considered a backwoods language, the language of the peasants and the uneducated. Anyone who wanted to belong to the “elite”, including in Barcelona, ​​spoke what was spoken at court and in better-off circles, namely Spanish. But this hurdle has also been overcome. With the Jocs Florals, a poetry competition in Catalan, the Renaixança of Catalonia around 1900, and later in the 1980s, after Franco's death, then with laws to normalize the language.

Introduction of the “Normalització Lingüística”

After the end of the dictatorship and the arrival of democracy in Spain, the Catalans took their chance and created Laws to protect and preserve their language. When I consider that a lot of older Catalans, like my father-in-law for example, were illiterate in their own mother tongue, that's a really big step. Catalan became the language of instruction in schools in the late 1980s and found its way into street signs, menus, newspapers and the news. Today every Catalan has the right to live in Catalan and to use his language. Traditions and old customs are also closely linked to the language, which revived after such long years of prohibition and which are maintained accordingly today. 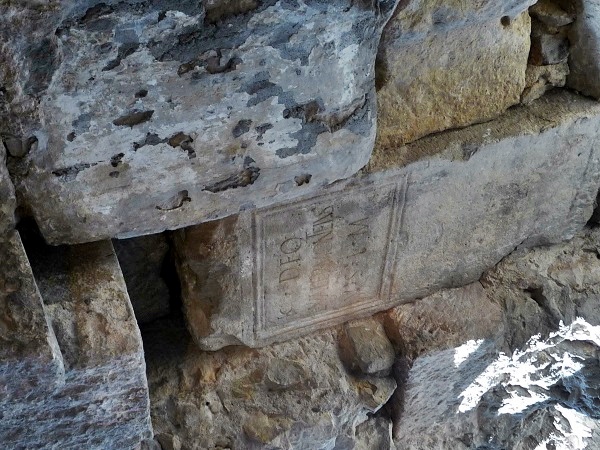 How old is Catalan anyway?

Catalan is a very old language. It is older than the country of Spain and, like all Romance languages, goes back to the time when the Romans settled here. The Vulgar Latin represents, so to speak, the ground on which, mixed with the languages ​​of the Iberian indigenous people, this whole language of its own originated. But even such an old language has dialects and variations.

The spread of the Catalan language:

Mallorca was actually firmly in Arab hands in the Middle Ages - until the Catalans came. In many bloody battles, however, they finally tore these small islands on their doorstep one after the other and drove the Moorish rulers from the Balearic Islands. The threat to the villages on the Catalan coast and the Costa Brava was too great; raids by Arabs and pirates wreaking havoc in the Mediterranean were the order of the day. The conquest of the Balearic Islands brought security and at the same time the prospect of being able to advance maritime trade further and better from here.

With the Catalan conquests, the language came to the islands. After Mallorca, Menorca, Formentera and Ibiza, Sardinia, etc. followed. The Catalans conquered large parts of the Mediterranean. 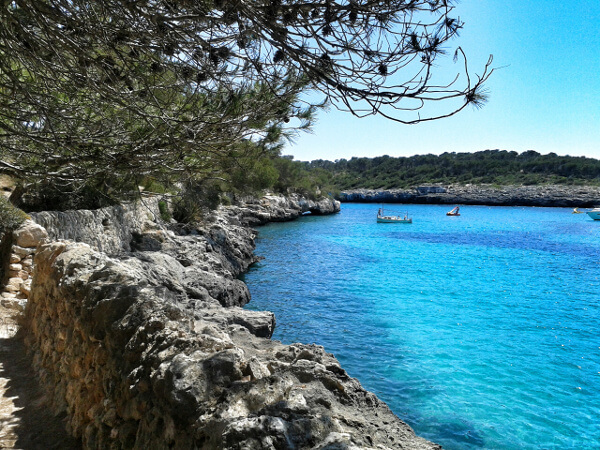 Roussillon, in the south of France, was also part of Catalonia for a long time. After the Franco-Spanish War, Roussillon fell to France with the signing of the Peace of the Pyrenees in 1659. A hard blow for the Catalans. In addition to Catalan, this was also the area of ​​Occitan, the former Provençal of the troubadours. There are still some Catalan speakers there today, but the number is decreasing.

In the 1980s there was a right-wing movement in Valencia that tried to promote Valencian as an independent language, independent of Catalan. Linguistically, that's complete nonsense. No linguist would consider these two regional dialects (the variety spoken in Valencia and the variety spoken in Barcelona) as independent languages. The small differences in word choice or pronunciation are far too small. As a comparison: The difference between the variety of Catalan spoken in Valencia and the variety of Catalan spoken in Barcelona is roughly the same as between the German spoken in Berlin and Vienna. Sure there are differences, but the speakers can easily understand each other. The differences between some regional languages ​​such as Kölsch or Bavarian are much greater. This Valencian idea of ​​its own language had a political, not a linguistic background. I was really fascinated by the topic at university back then, but doing this here would go beyond the scope of this article. Maybe another time …

Should one preserve ancient languages ​​and traditions?

Some people are of the opinion that everything old is outdated at some point and must die out, while others cling to old traditions and are blind to new developments. I think it's nice and important not to forget the cultural roots and to work for the preservation of languages ​​and traditions. Far too much culture is drowning today in the uniformity of the dominant culture that mostly spills over from America. Why not keep old legends and stories? Sure, you can't stand still in development, everything changes at some point. But you don't have to just throw everything overboard just because it no longer corresponds to the latest fashion.

As important as maintaining languages ​​is for me, I find it even more important that people communicate with one another. As soon as people from different countries meet, you have to find a common linguistic basis, and that is not always your own mother tongue. With all efforts for language and tradition, one should be careful not to build new walls. It's about togetherness, about being open to other cultures. Granted, it's not always easy, but I think it's worth it. 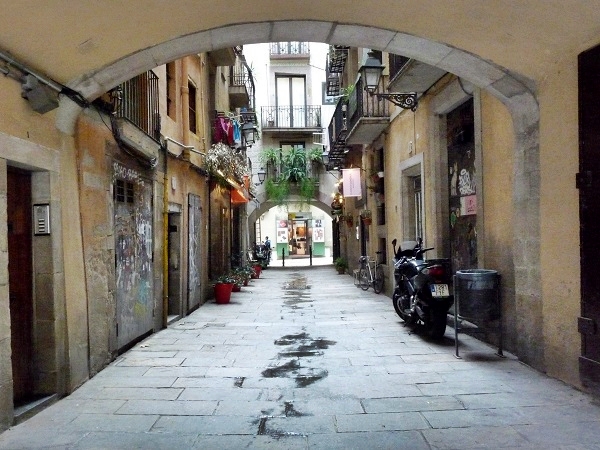 A few more things you should know about Catalonia: 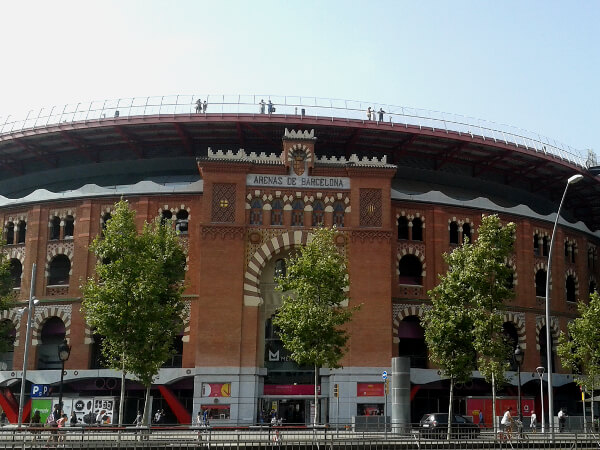 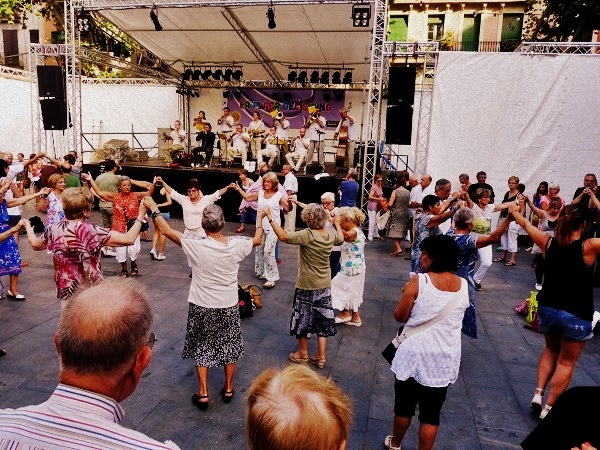 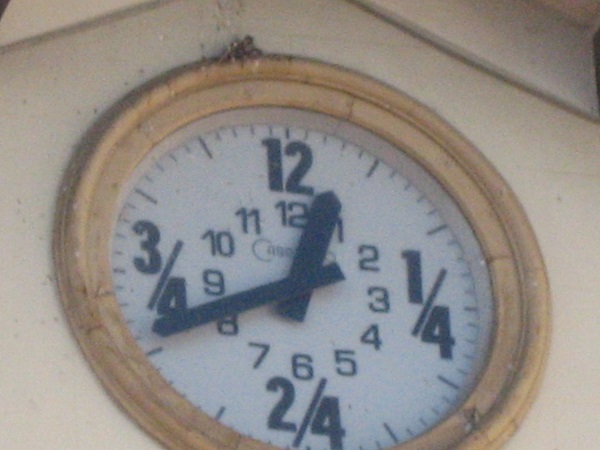