What is the new american dream

Rebirth of a Vision - The New "American Dream"

The fact that the United States is a place of happiness, freedom and unlimited possibilities was not something the Westside story first told in the 1950s. This promising idea can be traced through the entire history of the USA: That this country offers everyone a chance, that everyone can get rich if they just make an effort, no matter what social class they belong to. Jim Cullen, a historian and teacher at a private school in New York, says, "Americans live and die with the American dream. It's written in our genes. It's us."

"The dream is written in our genes!"

In a book, Cullen has shown how millions of hopeful immigrants have kept this dream alive - and how it has also been promoted by the country's intellectuals. For example by Thomas Jefferson and the authors of the Declaration of Independence, who granted citizens "the pursuit of happiness". But hasn't the dream long since turned out to be a beautiful fairy tale?

US intellectuals in particular have criticized the dream over and over again over the decades: The writer F. Scott Fitzgerald, for example, branded it in the booming 1920s: In the novel "The Great Gatsby" the successful climbers appear immoral, selfish and materialistic . For most Americans, until recently, it was at best reading from high school, a book that was far removed from the reality of the American dream. But now, in the crisis, such criticism no longer appears academic at all.

The American dream is at the root of the financial crisis

The author A.M. Homes thinks the dream has become too materialistic in recent years. In general, he was reduced to the idea of ​​owning a home on the outskirts:

"We forgot that the dream was a dream. They thought it was a claim, you didn't even have to work for it. People who didn't have equity for their houses still got loans. Owning one's house is just a fundamental component of the American dream. "

The financial crisis did not just arise because the banks were hungry for easy money through bad loans. But also because the little man, blind to his financial possibilities, dreamed of having his own house. Only intellectuals can uncover these cultural roots of the disaster - business leaders would appear cynically arrogant with such statements, politicians fear their re-election. But did that mean that the little dishwasher's hope of a millionaire life died forever? The historian Cullen sums it up:

"We see a version of the American Dream come to an end, this idea of ​​quick success with no effort. If you asked me if this windy stockbroker capitalism has been discredited, I would say, yes. It's dead."

The public mood is turning against the dream of easy money 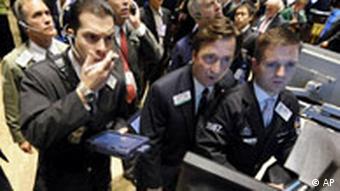 Suddenly, the public discussion is again shaped by critics of the free, unbridled market, a market that keeps people trapped in the low-wage sector and does not offer any dreamy advancement opportunities while the bosses get rich. The economist Paul Krugman, for example, criticizes such injustices and, as a 2008 Nobel Prize winner, is now even more listened to.

Signs of an awakening critical awareness can be found everywhere, especially in the theater. The press celebrated the successful, newly staged play "All my sons" by Arthur Miller on Broadway as a parable of the current crisis.

Here an entrepreneur knowingly delivered defective aircraft parts from the factory to the army, and thus accepted the death of pilots. The man didn't care about the consequences because he wanted to feed his family and get ahead - maybe just like the New York bankers are today. Simon McBurney directed "All my sons". But he doesn't see the American dream at the end:
"Everyone has to be able to try to achieve what they want. Arthur Miller would not like a European society where you don't get ahead just because you belong to the wrong class. The question is more: How do you get ahead, with what a moral? And Miller would say that this very view of the economy is criminal. "

This American nightmare had to end, this false dream that someone would become a millionaire and someone else would pay for it. The fact that the USA is by no means the land of unlimited possibilities today is also articulated in immigrant literature. Anya Ulinich from Russia, for example, recently showed sarcastically in her book "Petropolis" how immigrants are being defrauded and exploited. Junot Diaz received the Pulitzer Prize in 2008 for a novel in which an immigrant from the Dominican Republic is constantly thrown back. In the 2008 election campaign, an unusually large number of writers spoke up and wanted more compensation for the weakest, such as John Updike. The Democrats provided more compensation for the losers in the country, and Obama had compassion and interest, argued Updike at the time for the future president. If the dishwasher is actually to become a millionaire, you have to give him a hand from time to time. Social responsibility must be part of the American dream, says Sudhir Venkatesh, professor of sociology at Columbia University.

A social contract has to be part of a new dream

"What is missing is a new social contract. Whenever there is a collective effort in the USA, for example if a fair health system is to be created, many people shout: Socialism! We don't seem to understand what holds us together as a society. We We must finally ask the question of justice again. We do not do this because we believe that the free market already ensures justice. Because we believe the economists as if they were priests. But from a market logic neither justice nor fairness in a society can be derived arise! "

In such a mood, books become bestsellers, which initially invalidate the American dream: Malcolm Gladwell, for example, explained in "Outliers: The story of success" what made people like Bill Gates successful: above all happiness and living conditions, and less Intelligence and talent. Gladwell therefore advocates giving the weak a helping hand in realizing their success in order to give them more chances for their own American success story. 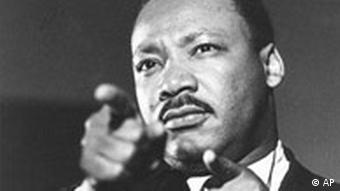 Will his dream come true half a century later? - Martin Luther King

More common sense - this motto could be implemented politically, for example with general and affordable health insurance, with more efficient social insurance, with better public schools. In the public discussion, corporate profits would then no longer be the measure of all things; social utopias could also be discussed. Especially with a president who programmatically called one of his books "Dreams from my father" - the Nobel Prize winner for literature Toni Morrison was enthusiastic. Jim Cullen, like many, is hoping for an intellectual change in mood:
"We now have a president who is clearly an intellectual, who has written books and who values ​​the power of ideas. We are experiencing a rebirth like the 1960s. A new version of the American dream can be reborn, a moral, collective one , sustainable and achievable version. There is a chance for the dream of Martin Luther King. "

For example, by giving homosexuals more civil rights, a wish that left-wing liberal intellectuals see as a project for the coming decade. But how can intellectuals actively perpetuate the American dream and think further? For the past eight years, many have found the public to be anti-intellectual and the mainstream media to be downright aligned - or insignificant. Author A.M.Homes, for example, points out:
"When we writers are interviewed here in the USA, we are not asked political questions! In Europe I am constantly asked: What is going on in your country? This is a problem in the USA, it is all so superficial: you tend to ask according to the fashion you wear. Unlike in Europe, one does not expect any comment from the artist. "

Journalists and theater makers have to shape the new dream

Certainly these are also the constraints of the mainstream media, which very left-liberal writers or scholars cannot make it into. Instead, they are increasingly being used in alternative blogs, such as "The Huffington Post" or "The daily beast". This is also a counterbalance to Hollywood with its simple dreams of success that lull rather than change, think many New York intellectuals. The director Simon McBurney considers the theater to be a worthy medium of change because it is more focused:

"The theater really only exists in the minds of the audience. But it is a social art form: everyone tries their imagination at the same time. So a play leads to a common performance. Then we feel a strong connection to one another and we understand that we are one Community are! "

Theater as a medium of change?

Community instead of elbow company, fairness, rewarded performance - this could be an American dream born again. And after eight years, intellectuals have the chance not only to interpret this dream, but also to help shape it. Because the dream will not go away, predicts the historian Jim Cullen.

"This dream will still exist long after this country is gone. It can encourage people in every corner of the world. And anyway: I don't think dreams can be destroyed in any way."