As a foreigner in Japan part 1 - How do Japanese react to foreigners?

Living as a European in Japan is different than visiting a country like America or Australia, because here you will immediately notice its appearance. You shouldn't think it's that extreme, but it is because the Japanese are just not that used to foreigners. In a Spiegel article from the eighties I even read that there was more of an atrocity against foreigners back then. For example, Japanese airlines used to apologize to the Japanese when they had to sit next to a foreigner.

Something that is unimaginable today. When you walk through the streets here in Japan, you are looked at, and often stared at. It's very strange at first, but you get used to it. These looks are by no means meant to be angry or appear disgusted, but rather they show an interest and admiration. 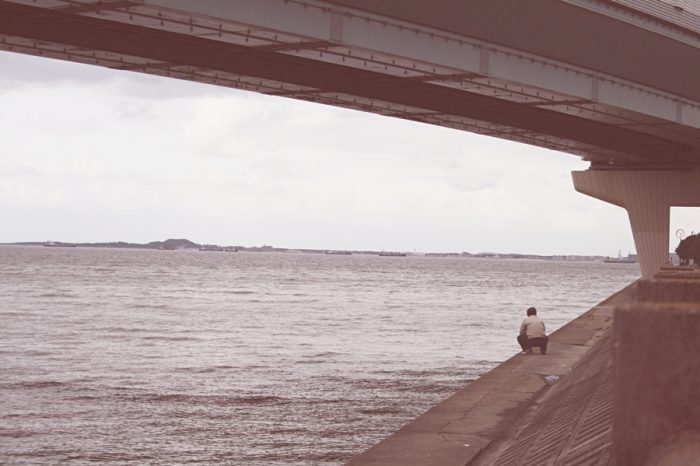 Nowadays the western world is more hyped than despised by the Japanese, especially by the young people. You listen to American music, you are interested in Europe and everything that is there. A correct understanding of European culture, however, is at least not yet available for the Japanese who have not yet been abroad themselves. For example, I was asked whether they speak the same language in France and Germany or to what extent the countries in Europe differ at all, or whether it looks the same everywhere there. You can't blame people for this, because it just seems to be because of the education system, which is probably more oriented towards Asian history and culture. We in Germany don't learn anything about Japanese history at school either. For me, at least, that was never an issue. So I find it all the more astonishing that Japanese young people are so interested in this! So far I've heard from everyone that they would like to travel to Europe or America.

Our tip: experience Japan as a work and traveler

Of course, I can only speak of my own experiences and I don't want to generalize that. So far, I've only met nice Japanese people, young and old, who were curious and wanted to know where I came from. If you then say that you come from Germany, you often hear an astonished 'sugooi!' ('Great!') And are asked how it is there. Of course, such conversations are often very clichéd, so I'm actually always asked whether I like beer or whether I also drink beer for breakfast. I have to laugh about it again and again and my answer is particularly disappointing that I don't like beer in excess and I rarely drink it. Beer and sausage is actually what Germany is known for.

Another reaction, which mostly comes from girls, but which I've also heard from boys, is the exclamation 'kawaii!' ('Cute!') When they see me. You have to say that they do this with every foreigner, so it has nothing to do with me personally. Foreign girls are usually always 'kawaii', foreign boys are often referred to as 'kakooi' ('cool'). Sometimes it's strange when strangers just shout that after you, but somehow it's always really cute.

Another experience I've had is that in restaurants or bars, people who work there very often speak to you. The questions are always the same, but it's always nice how people are interested in you and so you can always practice your Japanese a little! Of course, many also try to speak English, which in my opinion is no longer due to the fact that they are of the opinion that as a foreigner you are not smart enough to learn the Japanese language, but that they hardly have a chance to speak English and that they would like to try it out.

Many Japanese people keep apologizing for their poor knowledge of English. I think that's unbelievable, the courteous mentality! Of course, I'm in their country, so I should speak Japanese and not try to make these people speak English to me. Instead of expecting me to do so, apologize. I always find that remarkable.

The Japanese are also very interested in bringing their culture closer to us. They like to take you on excursions, show you special things and explain their background and, above all, they like to let you try the Japanese food. It's always worth taking part here! Most of it, even if it looks unusual, tastes really wonderful! So always try!

Here in Japan you sometimes feel like something really special 😀 Even more so when people ask if they can take a picture with you. Of course, you shouldn't take all of this too seriously and you don't have to be fooled about it. That's just how the Japanese are, nice, courteous and interested. You shouldn't take advantage of that, but respond with the same interest and just as much respect, because that's what these really sweet people deserve!