Why were Stalin and Hitler not friends?

The pact provided for the partition of Poland in a secret protocol and also sealed the fate of the Baltic states that fell to the Soviet Union. Finland, Bessarabia and northern Bukovina were also declared as Soviet areas of interest. Just as surprising for the whole world - also for the people in the USSR and in the "Third Reich" - the "Treaty on Friendship and the State Border" was signed on September 28th. In fact, Stalin and Hitler had been preparing for the pact since 1938. Hitler was in a particularly hurry: he wanted to begin the campaign against Poland before the rains in the autumn. 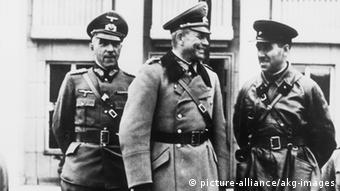 Only one week after the "Molotov-Ribbentrop Pact" was signed on August 23, 1939, the Second World War began with the attack on Poland. And two weeks later, Soviet troops also occupied areas of Poland. The victorious campaign ended with a "fraternization" of units of the Wehrmacht and the Red Army in a joint parade in Brest. At that time, Brigade Commander Semjon Kriwoschein and General Heinz Guderian stood next to each other. Two years later Guderian's Panzer Corps stood in front of Moscow. The "honeymoon" was over by then at the latest.

German and Russian historians agree that Hitler's goals in signing the pact were clear. Stalin's considerations are still being discussed. "In the summer of 1939, Stalin had the largest land army in the world. He could have made it clear to Hitler that as soon as Germany invaded Poland, millions of Soviet soldiers would come to the Polish border the next day. Then there would have been no war. But Stalin did not want to disturb Hitler." says the well-known Russian publicist Mark Solonin in a DW interview. 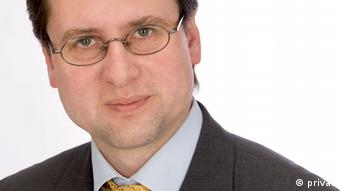 The German historian Jörg Ganzenmüller believes that Stalin wanted to act strategically. "Stalin knew that Hitler would attack the Soviet Union sooner or later. He knew Hitler's 'living space concept'. His calculation was: If Germany was involved in a war with the Western powers, Hitler would not dare to wage war on two fronts. In the meantime, the Soviet Union could rearm. Stalin was always afraid that the capitalist powers would come to an agreement and attack the Soviet Union together. Therefore, his goal was to start a war between these powers. This war was the guarantee of security for Stalin, not at all the pact itself. "

After the two foreign ministers Joachim von Ribbentrop and Vyacheslav Molotov had signed the pact in Moscow, Stalin raised his glass to the health of the "Führer". Molotov praised Hitler's "peaceful intentions" at a meeting of the Supreme Soviet. He called the war of the western allies against Hitler "senseless and criminal". Later Molotov was warmly welcomed in Berlin by Hitler, Goering and Hess.

Immediately before the pact, Maxim Litvinov was dismissed from the post of People's Commissar for Foreign Affairs of the USSR. He was a Jew and an advocate of an alliance with Western democracies. It no longer fit into Moscow's new strategy towards Hitler. 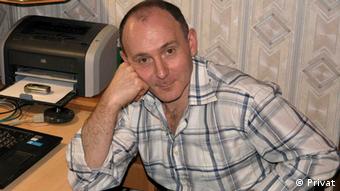 The pact was beneficial for both regimes, not only politically but also from an economic point of view. From the end of August 1939 to June 22, 1941, Moscow supplied Nazi Germany with petroleum products, grain, but also nickel, manganese and chrome ores, phosphates, wood and other materials. In return, the "Third Reich" supplied the USSR with combat aircraft, explosives and high-explosive bombs, radio stations, industrial plants and even the cruiser "Lützow". In addition, the Soviet Union received a loan of 200 million Reichsmarks.

The most important thing in the German-Soviet cooperation 1939-1941 was not so much the cooperation between the two armies, but it was the economic deliveries that were made on a large scale, "says the Jena historian Ganzenmüller." There are reports that even On June 22, 1941, the day the Wehrmacht invaded the Soviet Union, trains with Soviet deliveries came towards the soldiers. Stalin was faithful to the treaty until the end. "

Another "partnership" existed between the NKVD - the Soviet political police - and the German Gestapo. According to a secret agreement approved by the Soviet leadership, former German and Austrian citizens who were on the territory of the Soviet Union and who fought against Hitler - i.e. anti-fascists - could be extradited. Several dozen of them - including the well-known German communist Margarete Buber-Neumann - were handed over to the Gestapo. Most of them were killed.

"Stalin lost," says Mark Solonin. "He misjudged the balance of power. He thought that this would be a long slaughter, similar to that in Verdun during World War I. But France was practically crushed in May or June 1940. Hitler controlled most of continental Europe. Later to come to the fire site of the battered and bled-out Europe as head judge, went wrong. "

"Until the very end, until June 22, 1941, Stalin actually believed that Germany would not wage this two-front war," said Ganzenmüller. "That this strategy didn't work was a surprise and a disappointment for Stalin. After the start of the war, I think he didn't make a public appearance for three weeks. He was paralyzed. His plan collapsed like a house of cards."